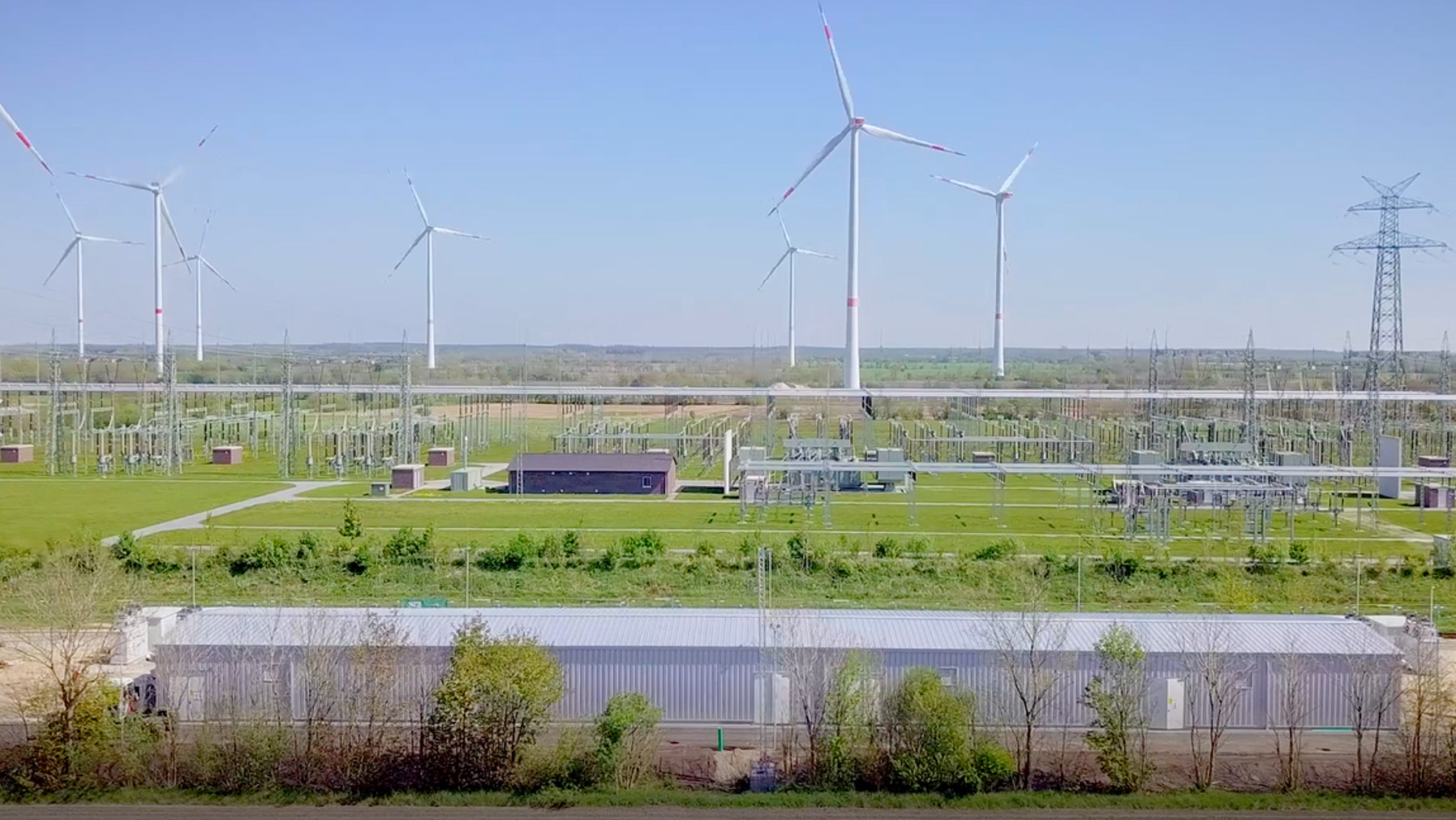 Jardelund, Germany, is now host to what is currently Europe’s largest battery energy storage system, a 50MWh project completed and announced just a few days ago by NEC Energy Solutions.

The customer, EnspireME, is a joint venture (JV) involving Dutch renewables company Eneco and Japan’s industrial conglomerate Mitsubishi Corporation. Power stored in the batteries can either be sold in Germany’s weekly primary reserve control markets to grid operators who would then use it to provide the balancing power, or the system’s operators and owners could directly use it to provide primary control reserve, where it can be used in direct competition with coal and gas.

While original plans for the installation involved surplus wind energy being stored in the batteries, the latest update from NEC ES said only that Eneco and Mitsubishi are set to investigate connecting the Jardelund battery system to the output of local windfarms. Electricity would be stored in periods of curtailment, where wind energy is ‘throttled down’ from entering the grid due to temporary oversupply.

The whole 48MW / 50MWh project apparently took NEC ES around eight months to complete, according to Eneco director for Generation and Storage, Hugo Buis, who said he was “very impressed” with the integrator’s efforts. Energy-Storage.news first reported on the project in April last year.

“This investment in energy storage will generate revenue for Eneco and Mitsubishi Corporation in the primary reserve market and also demonstrate the economic benefits of pairing energy storage with renewables, first proven with solar and now with the abundant wind generators in the Jardelund region,” NEC ES CEO Steve Fludder said.

The news comes shortly after NEC ES was announced as supplier to a 20MW battery storage project in the UK for Danish company Ørsted.

Earlier this year, in an interview with NEC ES’ Steve Fludder, the CEO said that in his estimation, a successful future for the energy industry would be centred around the creation of ‘enterprise platforms’ enabling asset owners and system owners to capture value across the whole marketplace.

Also in the past few days, Belectric has completed three front-of-meter battery energy storage systems utilising automotive batteries and brought them online, including an “approximately 14MW” project in Germany at the site of a car manufacturing plant which provides frequency balancing services to the grid and another in the country which is about 7MW.

The latter improves the operational efficiency of existing power station facilities while again providing frequency response. According to Belectric these and one other large-scale system just completed and energised in the UK bring the company to over 100MW of battery storage projects realised. Belectric is also responsible for operations and maintenance (O&M) for this 100MW portfolio.