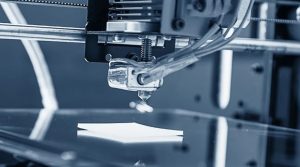 According to Tohoku University, high-performance and easy-to-manufactured carbon microlattice electrodes could be used in the future to make cheaper batteries powered by available sodium ions. The study, led by researchers from Tohoku University, was published in the journal Small.

Lithium-ion batteries are preferred in smartphones, electric cars, and many electronic devices due to their durability, high performance, and energy storage. Although we use these batteries in many areas of our lives, their production is quite costly, and metal reserves are rapidly depleting and highly harmful to the environment.

Although this will reduce the use of inactive materials used to connect multiple cells, it will limit the movement of ions within the newly produced battery. Kudo and his team have addressed this by developing an approach that fabricates micro-architected, high-performing negatively charged (anode) electrodes.

Researchers use 3D stereolithography to make this new battery. 3D microlattices made from resin are then carbonized and shrunk in a process called pyrolysis. The resulting hard carbon anodes allowed fast transportation of energy-generating ions. Alongside all these improvements, the researchers also increased the lattice structure.

The team aims to use the same approach to make positively charged (cathode) electrodes for the next phase of the research. The aim is to create high-performance, cost-effective sodium-ion batteries and to use these fine-structured electrons to be produced.

In the 1970s, M. Stanley Whittingham firstly discovered the concept of intercalation electrodes and invented the first rechargeable lithium-ion battery that was based on a titanium disulfide cathode and a lithium-aluminum anode, patented in 1977. John Goodenough expanded on this work in 1980 by using lithium cobalt oxide as a cathode.

Increasing mass loadings of battery electrodes critically enhances the energy density of an overall battery by eliminating much of the inactive components, while compacting the battery size and lowering the costs of the ingredients. A hard carbon microlattice, digitally designed and fabricated by stereolithography 3D-printing and pyrolysis, offers enormous potential for high-mass-loading electrodes. In this work, sodium-ion batteries using hard carbon microlattices produced by an inexpensive 3D printer are demonstrated. Controlled periodic carbon microlattices are created with enhanced ion transport through microchannels. Carbon microlattices with a beam width of 32.8 µm reach a record-high areal capacity of 21.3 mAh cm−2 at a loading of 98 mg cm−2 without degrading performance, which is much higher than the conventional monolithic electrodes (≈5.2 mAh cm−2 at 92 mg cm−2). Furthermore, binder-free, pure-carbon elements of microlattices enable the tracking of structural changes in hard carbon that support the hypothesized intercalation of ions at plateau regions by temporal ex situ X-ray diffraction measurements. These results will advance the development of high-performance and low-cost anodes for sodium-ion batteries as well as help with understanding the mechanisms of ion intercalations in hard carbon, expanding the utilities of 3D-printed carbon architectures in both applications and fundamental studies.