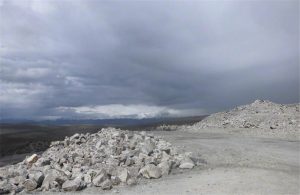 Over the past few months, oil and commodity markets have been taking out fresh highs after the shuttering of Ukrainian ports, sanctions against Russia, and disruption in Libyan oil production sent energy, crop, and metal buyers scrambling for replacement supplies. Russia is one of the world’s biggest exporters of key raw materials, from crude oil and gas to wheat and aluminum, and the possible exclusion of supplies from the country due to sanctions has sent traders and importers into a frenzy. But the Ukraine crisis is only layering onto another more powerful trend: the global transition to low-carbon energy.

The energy transition is driving the next commodity supercycle, with immense prospects for technology manufacturers, energy traders, and investors. Clean energy technologies require more metals than their fossil fuel-based counterparts, with prices of green metals projected to reach historical peaks for an unprecedented, sustained period in a net-zero emissions scenario.

But few, if any, green metals have witnessed a price explosion as epic as that of lithium.

After surging 500% over the past year, lithium prices have doubled again this year in one of the biggest commodity bull runs in recent history thanks to the EV boom.

But Goldman Sachs is now telling the lithium bulls to slow their roll: according to GS, the lithium bull run is about to reverse and go through into deep correction thanks to an oversupply of the commodity.

In a research note entitled “Battery Metals Watch: The End of the beginning,” GS says there’s been “a surge in investor capital into supply investment tied to the long term electric vehicle (EV) demand story, essentially trading a spot driven commodity as a forward-looking equity. That fundamental mispricing has in turn generated an outsized supply response well ahead of the demand trend.”

The Wall Street bank says investors are fully aware that battery metals will play a critical role in the 21st century’s global economy. “Yet despite this exponential demand profile, we see the battery metals bull market as over for now.” GS has, however, conceded that the long-term prospects for the sector remain strong.

Peering at lithium price charts, Lithium carbonate prices in China were at 477,500 yuan/tonne ($71,625/tonne) in June, equating to a 4.4% pullback from the all-time high of 499,521 yuan/tonne ($74,928/tonne) attained in early April. Therefore, the charts appear to suggest that the massive rally is now taking a breather.

Not everyone though agrees with Goldman’s bearish call. Here are 3 reasons why GS might have missed the mark.

1. Goldman Sachs Got the Fundamentals Wrong

Rodney Hooper of RK Equity says he strongly disagrees with the analysts’ findings on both supply and demand.

Also speaking with INN, Daniel Jimenez of iLi Markets has corroborated Hooper’s remarks saying that analysts at the investment bank are overestimating supply and underestimating demand.

According to Goldman Sachs analysts, global demand for lithium carbonate equivalent (LCE) will clock in at ~1.2 million metric tons (MT) by 2025.

“We think that lithium producers have better industry insights and truthful talks with most of the original equipment manufacturers (OEMs) they supply. “On the supply side they are extremely optimistic in terms of the lepidolite production that could come from China in the coming years, which is also not realistic,” Jimenez has said.

As INN notes, Goldman Sachs is not the first Wall Street expert to have its lithium forecast called out by experts in the lithium field. BMI says this has happened before:

“We’ve seen this before, we will see it again. Goldman Sachs: you can’t just add up all the lithium mine level potential and make an oversupply call … the speciality chemicals world is more nuanced than iron ore. It’s why the world doesn’t rely on investment banks for research any more, ” Benchmark Mineral Intelligence’s Simon Moores said in a tweet after the Goldman Sachs report came out.

BMI says that lithium is a specialty chemical, not all lithium is created equal, and not all auto and battery makers have the same needs. There are numerous constraints to bringing new supply into the market, and delays are common for new projects, as well as for producers looking to expand their existing operations.

Hooper notes that many analysts tend to get both demand and supply wrong, “The best indicator of battery-grade demand is cathode production. Historical analysis shows that demand linked to cathode production has the highest correlation to lithium prices–this indicator flagged a demand/supply deficit in late 2020.”

According to Goldman Sachs, the most “significant” new lithium supply will come from China, where companies have invested in new hard rock and brine projects.

However, Benchmark Mineral Intelligence has countered this view by pointing out that known domestic Chinese spodumene and other hard rock resources are of low quality, which is the main reason why Chinese converters are increasingly turning to Australia for supply instead.

BMI says Chinese brine resources are also low quality and have always struggled to produce sufficient battery-grade quality lithium. For instance, production of lithium from China’s Qinghai province has struggled to ramp up production despite over a decade of efforts, including by electric car maker BYD Co. (OTCPK:BYDDY).

BMI concedes that China’s deposits of lepidolite, which GS says will add significant new supply volumes, may have the potential to help bridge the deficit in coming years. However, they too are unlikely to lead to oversupply because China’s  lepidolite processing has a high waste-to-ore ratio of 20:1, high waste-disposal costs as well as high processing costs, all of which make it a marginal source of lithium.

Can the Rally Continue?

And not the million-dollar question: does the epic lithium rally still have some gas left in the tank?

On the other hand, Jimenez says that structurally, lithium prices are likely to remain high through 2025 to 2026, at least “Now high means above US$40 per kilogram, which is significantly higher than the incentive price to develop a marginal-cost greenfield project. Whether the price will be U$40, U$60, U$80 or U$120 is a difficult call to make,’’ he has declared.

By Alex Kimani for Oilprice.com