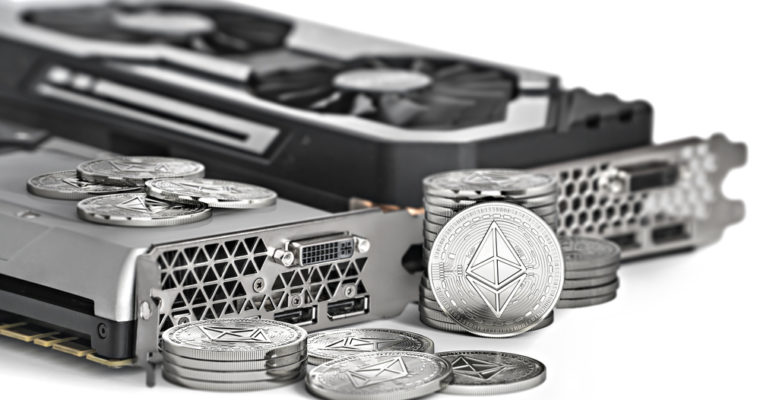 Ethereum intends to move to proof-of-stake in the future. Making a move to POS will supposedly cut the energy consumed by a hundredfold, or around 99%. There have been repeated claims that cryptocurrency uses too much energy and is therefore inefficient and environmentally unfriendly. Some reports find that mining cryptocurrency uses more energy than gold mining, some the opposite. Some researchers find that mining is overall bad for the environment.

Ethereum started out with the goal of becoming a world computer, with the blockchain being the first to introduce smart contracts, and along with it a thriving developer community. The price of Ether peaked around $1400 earlier in 2018, and was recently trading well below $200.

This is largely due to the fact that in PoW based blockchains, miners race to cryptographically secure transactions. This calls for miners to equip themselves with an edge in terms of computational capacity, which results in burning millions of dollars worth of electricity and mining-related costs.

According to Vitalik, Proof-Of-Work is based on the concept of large quantities of electricity and mining hardware purely based on the premise that it generates rewards in the form of mined cryptocurrencies. This means that the more mining power is directly proportional to revenue.

Proof of stake breaks this symmetry by relying not on rewards for security, but rather penalties.

In a Proof-Of-Stake System, validators are the equivalent of miners. Secondly, the primary concern within a POS system is to ensure that the validators are honest at all times. This is tackled by requiring validators to put up a stake denominated in ether as collateral.

The greater a validator’s stake, the greater the chances at being picked to validate transactions. More importantly, validators caught cheating have their stake to lose. This asymmetric difference between the potential rewards vs. the risks of cheating force a validator to remain honest at all times.

One of the most interesting things with respect to PoS is the fact that given validators are not expending as much energy(compared to PoW) to secure the network, the reward may be significantly lower. According to the Casper Github wiki:

Because of the lack of high electricity consumption, there is not as much need to issue as many new coins in order to motivate participants to keep participating in the network.

Ethereum having its first mover advantage has definitely made strides of progress in terms of building out the first world computer of sorts. We now have many protocols being built on top of Ethereum, such as MakerDAO, which is a decentralized stablecoin that has locked up nearly 1% of ETH supply. Apart from this, theres a burgeoning DeFi(Decentralized Finance) community comprising of project such as Compound, dYdX, CDx

However, there are other teams racing to build POS complaint chains such as EOS, Cardano, Dfinity, and Cosmos among others. It is yet to be seen whether Ethereum will maintain its #1 position as smart contract platform, while overcoming the energy consumption issue, and most importantly – scaling