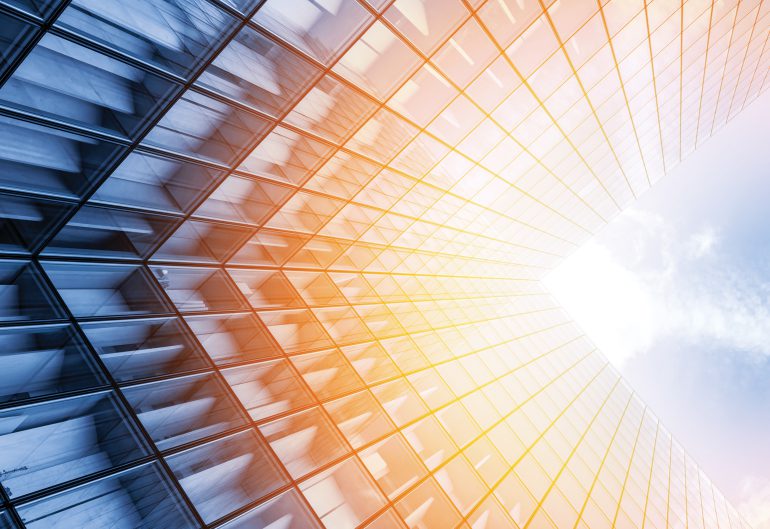 Researchers at UNSW are trying to take solar power generation a step further with semitransparent solar cells, which could see building windows and facades generating electricity.

In recent research, the team worked on increasing the voltage through the use of new organic absorber materials that have been shown to produce high voltage in non-transparent cells.

Although the current was lowered compared to normal opaque cells, the higher voltage meant the team was able to achieve a higher efficiency than previous semitransparent cells.

“The idea of semitransparent solar cells is that we can use this kind of technology where we’re using a solution instead of using a thick substrate and if we change some of the materials, we can do it so you can not only generate electricity, but you can see through the cell as well,” said Matthew Wright, a postdoctoral researcher in photovoltaic engineering at UNSW.

The research is currently at the prototype stage, and the team is working with glass substrates about one square cm that they coat materials on to — as sunlight shines through the glass, some is absorbed for electricity generation and the rest passes through.

Unlike silicon solar cells, which can be limited to roof-top or field applications, semitransparent cells could be used not only for windows, but also in other applications, such as on a smartwatch to allow users to charge their device as they walk around.

But moving the research from the laboratory to commercialisation will include several challenges. For example, Wright says it hasn’t been determined yet whether the technology would be something that is deposited on to glass or retroactively fitted.

There is also the challenge of transitioning from a small cell in a lab to large-scale production.

“One of the main advantages of organic solar cells is that we have this pipe dream of making the cells in the way that you would make a newspaper … where we have a cheap kind of plastic substrate and we’re coating inks onto this substrate,” Wright said.

“In the future, we need to try to change the processing techniques so that we will ultimately be making it like we would make a newspaper.”

While the goal of silicon solar cells is to absorb as much light as possible and turn that into electricity, there is also an added challenge when it comes to windows and ensuring people can still see through them.

The team at UNSW are also working on perovskite solar cells, an organic material that contains both inorganic elements such as lead, as well as an organic component made of carbon and hydrogen. But while silicon is stable for a long period of time, and guarantees of 25 years is the norm, solution-processed solar cells are less stable, and Wright says they wouldn’t last nearly as long as silicon.

“While silicon solar cells are known for their long lifetimes, organic solar do not demonstrate the same environmental stability. The new perovskite materials being investigated are even more prone to degradation,” he said.

“You could achieve a higher efficiency with perovskite solar cells, compared to organic solar cells, but the question that’s being asked at the moment is … how long will the cells last?

“If you’re thinking about smaller applications, like a phone charger on your backpack or if your smartwatch or smartphone had a small, thin semitransparent solar cell on it, then are you going to keep that smartphone for 25 or 30 years?

“I think that maybe we don’t necessarily have to have one type of solar cell that services every single purpose. Perhaps in the future we will have different ways of making solar cells that will be used for different applications.”