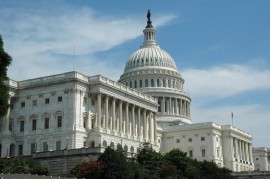 The District of Columbia (Washington, DC) City Council voted before Christmas in favor of passing the Clean Energy DC Omnibus Amendment Act of 2018 which implements a 100% renewable energy target by 2032.

Before the City Council adjourned for its Christmas recess, the twenty-second two-year Council Period held its final meeting on December 18 in which it voted on several pieces of legislation, including the 100% renewable energy target. The pithily named Clean Energy DC Omnibus Amendment Act of 2018 had already received one of two necessary votes to proceed and was passed at the final Council meeting of the year.

The bill implements a 100% renewable energy target by 2032 with a 10% solar energy carve-out by 2041, and also mandates zero-emissions public transportation by 2045. The bill is being described as the most ambitious renewable energy policy in the country.

“The ‘Clean Energy DC Omnibus Act’ is a historic piece of legislation that puts the District at the nation’s forefront in reducing greenhouse gas emissions,” said Councilmember Mary Cheh, Ward 3, who is responsible for bringing forward the legislation. “The fight to reduce the impacts of climate change is the most important environmental issue of our time and, if the federal government is to abandon us in this effort, then the District can serve as a model for other jurisdictions and states to follow.”

Councilmember Cheh introduced the legislation in July of 2018, after which it was referred to the Committee on Transportation and the Environment and then referred to the Committee on Business and Economic Development, chaired by Councilmember Kenyan R. McDuffie. McDuffie’s committee further strengthened the bill by adding provisions to support workforce development.

“I am proud that the District of Columbia is leading the nation on environmental justice and will have 100% renewable energy by 2032,” said Councilmember McDuffie. “I want to thank Councilmember Cheh and her committee, as well as the community of advocates, for their work on this legislation which sets aggressive benchmarks for energy efficiency, balanced with increased benefits for low-income residents, investments in workforce development, and stringent CBE requirements.”

Major provisions in the legislation, according to Councilmember Chef’s press release, include: