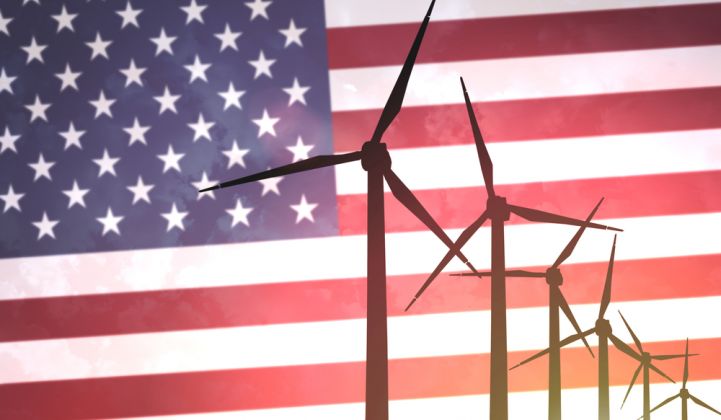 Last year, tense debate over the feasibility of 100 percent renewables entirely consumed the energy industry. Stanford professor Dr. Mark Jacobson stood on one side, arguing 100 percent renewables will be technically possible by 2050, while Dr. Christopher Clack led critiques picking apart that modeling. The controversy even spurred a lawsuit.

In 2018 those conversations didn’t entirely dissolve, but they were overshadowed by action.

Deal or no deal

Supporters of the Green New Deal call for a select committee to develop a mobilization plan to tackle climate change and aid the transition to a just economy.

As the Washington Post recently reported, the phrase itself has been used many times in recent history. But it’s gained momentum in its latest form due to protests from groups like the Sunrise Movement and through endorsements by incoming progressive lawmakers like Alexandria Ocasio-Cortez.

This week, Democratic leaders indicated they would move ahead in creating a select committee on climate change, but it will not consider the Green New Deal as its “sole focus,” according to chosen chair Rep. Kathy Castor of Florida.

Despite the defeat of a more aggressive agenda, attention at the federal level has spurred hope for many 100 percent renewables and environmental advocates.

U.S. actions at the latest climate talks in Poland, however, did not.

The Trump administration continues to say it will exit the Paris climate agreement — which, based on the pact, it cannot legally do until 2020 — and promote fossil fuels on the sidelines of climate talks. Meanwhile, U.S. corporations, states and other subnational players are continuing to assert their support of the Paris Agreement. But that sideline diplomacy didn’t entirely fill the vacuum left by U.S. leadership at official negotiations.

Though countries came away from the Poland meeting with a set of rules to meet the Paris Agreement, they still aren’t close to achieving what’s needed to avoid disastrous climate change. And they couldn’t even agree on whether they should fully endorse the findings of the U.N.’s Intergovernmental Panel on Climate Change’s dire report.

Many localities have announced 100 percent clean energy or renewables goals in 2018. Some were more ambitious than others, but the sheer volume suggests momentum for more commitments is building.

California’s passage of SB 100 was arguably the most high-profile 100 percent commitment of the year. Lawmakers in the state passed a bill setting a 100 percent clean energy by 2045 mandate, which leaves the door open to technologies aside from wind and solar.

More recently, New York Governor Andrew Cuomo raised 100 percent zero-carbon energy by 2040 as a priority for his administration in 2019. Other newly elected governors in states like Illinois and Connecticut ran on platforms of reaching 100 percent renewables in coming decades.

In D.C., the city council passed an ambitious target of 100 percent renewables by 2032, although much of that will be met with renewable energy credits.

Over 100 cities joined D.C. in moving toward 100 percent renewables or clean energy this year. And commitments came from across the country, in regions with varied renewable energy and power markets.

Overall, it was a record year for corporate and industrial offtakers procuring wind and solar.