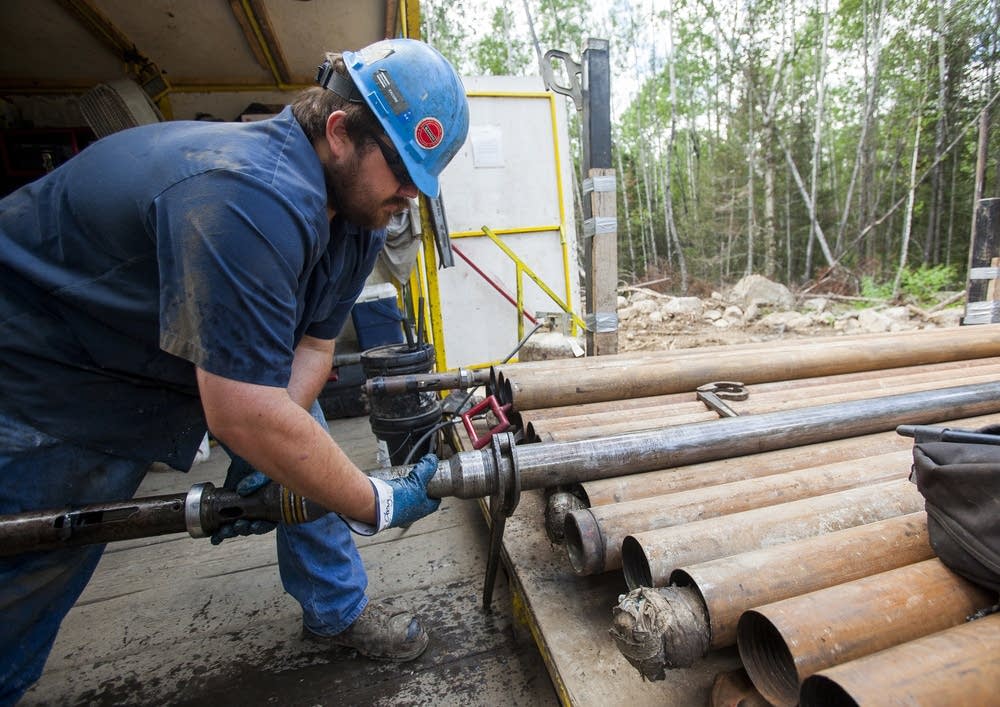 The federal government says it plans to formally renew the mineral leases for the controversial proposed Twin Metals copper-nickel mine on the doorstep of the Boundary Waters Canoe Area Wilderness.

The U.S. Bureau of Land Management announced Thursday it would grant the 10-year lease extension to Twin Metals Minnesota, a subsidiary of the Chilean mining giant Antofagasta, after a 30-day public review period. The company is pursuing plans for an underground copper-nickel mine near the Kawishiwi River outside Ely, Minn.

In announcing its plans to renew the leases, the BLM Thursday issued a 34-page environmental assessment of Twin Metals’ mining proposal. The agency said the proposal includes updated stipulations to protect natural resources.

“Twin Metals looks forward to the timely and proper completion of the lease renewal process,” the company said in a statement Thursday. “We continue to look forward to the opportunity to present a formal Mine Plan of Operations for review by the federal government.”

The company said it plans to submit that plan sometime in 2019. But mining opponents aren’t happy with the lease renewal. “The Trump administration is trying to do an end run around the environmental review process and ram through federal approvals while they still can,” said Becky Rom, national chair of the Campaign to Save the Boundary Waters.

• As BWCA turns 40, question remains: How much wilderness to protect?
The mine would be located outside the protected wilderness area, but inside the watershed that flows into it. Environmental groups fear that potential water pollution from Twin Metals and any subsequent mines in the watershed could end up contaminating the Boundary Waters.

The Obama administration proposed a ban on all new mining projects within the watershed for 20 years, and launched an environmental review of that proposal. But the Trump administration ended that study in September, nullifying the proposed ban.

A tug-of-war over mineral leases

The Twin Metals leases have been the target of an intense back-and-forth in the past several years. Twin Metals hopes to tap a rich deposit of copper, nickel and precious metals hidden deep beneath the lakes and forests of northeastern Minnesota. Its opponents argue such mining would threaten the region’s sensitive ecosystem and would imperil the area’s burgeoning outdoor recreation-based economy.

The company has explored the region for valuable minerals for nearly a decade, and has projected that its proposed mine could create 650 jobs and operate for at least 30 years. That tantalizing possibility has earned the company the support of many local officials who see the mine as a major potential job creator and economy booster in Minnesota’s Iron Range.

The company’s two leases date back to 1966, and allow them the right to explore for minerals and propose actual mining projects. The BLM renewed the leases in 1966 and again in 1984. Twin Metals applied for a third renewal in 2012, arguing that under the terms of the lease they enjoyed a nondiscretionary right for a third 10-year term.

But the Obama administration disagreed with that assessment and in late 2016 terminated the leases, citing the “inherent potential risk that development of a regionally untested copper-nickel sulfide ore mine within the same watershed as the BWCAW might cause serious and irreplaceable harm to this unique, iconic, and irreplaceable wilderness area.”

At the same time, the administration proposed to ban mining in an area of more than 250,000 acres within that watershed for 20 years.

Over the past year, however, the Trump administration has reversed those moves.

In late 2017, a Department of the Interior attorney issued a new legal opinion, arguing the BLM did not have the discretion to deny the Twin Metals lease renewal. Then, in May 2018, the agency reinstated Twin Metals’ mineral leases, paving the way for their proposed renewal today.

Legal back and forth

Mining opponents have sued the federal government, arguing it broke the law in reinstating the leases. Becky Rom, who works with the Campaign to save the Boundary Waters, argues that, since the federal government revoked the leases under the Obama administration, Twin Metals should have to to apply for new leases, which would require a thorough environmental review.

“The legal process set forth for acquiring new leases is exactly what the Trump administration is trying to avoid,” Rom said.

Mining supporters have argued that the right time to evaluate the environmental impacts of copper-nickel mining near the Boundary Waters should wait until Twin Metals proposes a formal mine plan. They say environmental assessment shouldn’t happen at the lease renewal stage of the process.

“The renewal of the leases is just one of many important milestones that Twin Metals will work to achieve before entering the robust environmental review process required prior to any mining activity,” the business- and labor-backed group Jobs for Minnesotans said in a statement.

But opponents argue that that’s too late. They say that scientists should first determine whether the Boundary Waters’ watershed is the proper place to conduct this kind of mining, before entertaining specific mining project proposals.

A new kind of Minnesota mining

Copper-nickel mining is different from the iron ore mining already happening in Minnesota, because the minerals are bound in sulfide ore. When it’s exposed to air and water, it can create sulfuric acid, which can drain from mines and leach heavy metals into waterways.

That’s why environmental groups have fought so strenuously against this and other proposed copper-nickel mines. They argue the risk of opening up this new kind of mining near the pristine lakes and rivers of the Boundary Waters isn’t worth the economic benefits the mines would bring.

But supporters counter that mining methods have improved dramatically in recent years, and that no mining project will be approved unless it can demonstrate that it will be able to meet all state and federal environmental laws.

Minnesota Gov. Mark Dayton condemned the BLM’s decision Thursday, accusing the Trump administration of bending to a foreign corporation at the expense of the state’s environment.

“The Boundary Waters Canoe Area is a priceless, irreplaceable environmental asset for our State and Nation that must be protected,” Dayton said. “Endangering its pristine waters and natural wonders for the sake of foreign corporate profits is shameful and wrong.”

The federal government’s announcement about Twin Metals’ mineral leases came on the same day that Minnesota’s Pollution Control Agency granted crucial air and water permits to a separate copper-nickel mining project, this one proposed by PolyMet for a location deeper into the Iron Range. The announcement marked the final state permits the PolyMet project needs to move forward. If the project breaks ground, as PolyMet says it will sometime in the next year, it will become the first copper-nickel mine in Minnesota.