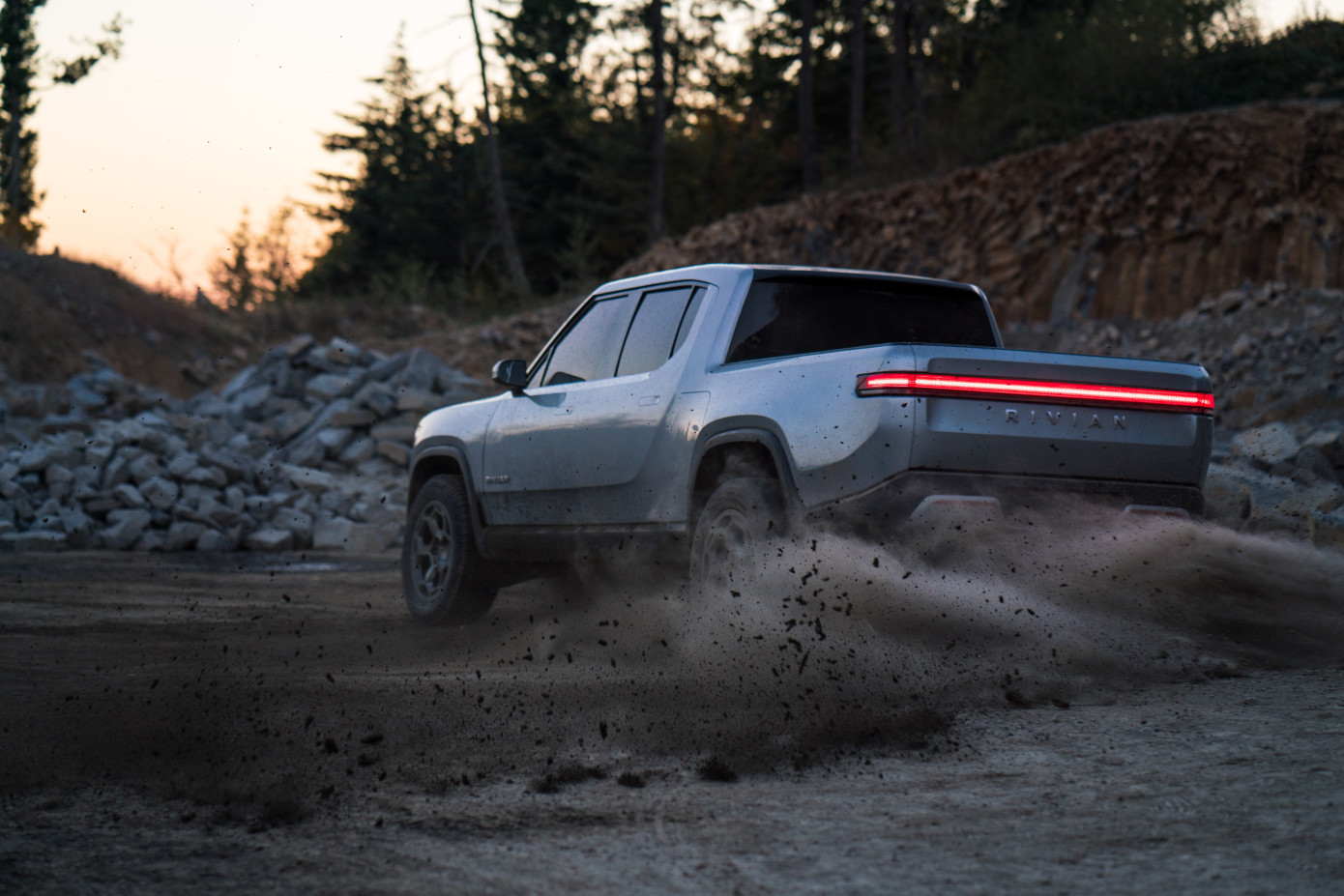 For a CEO who insists his electric vehicle startup doesn’t want to be Tesla, Rivian founder RJ Scaringe can sound a lot like Elon Musk.

Just weeks before unveiling Rivian’s first vehicles — an all-electric pickup and a seven-seater SUV — at the LA Auto Show last month, Scaringe promised an impressive new battery technology and speculated about an electric jet-ski. He’s made other bold claims à la Musk, including that his company had developed an artificial intelligence charging system that “allows the battery to last … about three times longer than a traditional battery.”

There’s a method to, and a reason for, Scaringe’s promotional madness.

It’s a tough time to launch an EV startup. With a recession lurking around the corner and mainstream automakers promising to accelerate into the space, Rivian needs to show more than just a stylish brand and a half-empty bank account. TechCrunch has learned that Scaringe has a technology roadmap that includes regular reveals of new features, vehicles and partners, to lure in new business and keep pre-order customers happy while they wait for delivery in 2020.

For a start, Rivian’s AI will observe how new owners of its vehicles drive and charge their cars, and then adjust various parameters to maximize battery longevity. This might include not fully charging the battery for people who tend to drive only short distances in a day, although it would never reduce the total range available, Scaringe later told TechCrunch.

“We don’t make drastic adjustments over time,” he said. “We do this slowly as we learn more about you.”

Although Rivian could not provide evidence of a tripling of battery life, an EV battery expert contacted by TechCrunch confirmed that smart charging strategies could slow the deterioration of lithium-ion packs to some extent.

Rivian’s “AI batteries” could be integrated into other applications, such as electric jet-skis, snowmobiles and tractors built by partners, Scaringe said recently at an Economic Development Council meeting near the startup’s assembly plant in Normal, Ill.

“A significant part of our business is leveraging the technology we built around batteries and battery control systems to help electrify the things that move on our planet,” he said.

Scaringe told TechCrunch that Rivian is in the process of negotiating strategic partnerships with companies that might take a stake in the startup, as well as use its batteries and powertrain in their products.

Trademark applications filed by Rivian in October suggest the company is also planning to expand its own vehicle line-up. As well as the R1T pickup and R1S SUV announced in LA, Rivian has reserved the vehicle names R1A, R1C, R2A, R2C, R2R and R2S.

Scaringe admitted that Rivian has four additional “adventure” vehicles on its immediate roadmap, all using the same battery and powertrain system (dubbed a “skateboard”) as its pickup and SUV. The next two vehicles would be quite a bit smaller than the launch duo, and possibly includes a rally car. Rivian is not working on a sedan to compete with Tesla’s Model 3, Scaringe said.

Rivian also trademarked the terms “tank turn” and “tank steer,” referring to independently moving wheels that can enable extremely tight turns. Scaringe confirmed that this feature would be available on the R1S, the R1T, and future quad-drive vehicles.

All of these plans — from the multiple models and AI batteries to the strategic partnerships and triple battery life — are ambitious for a company that has yet to demonstrate a moving vehicle, and still about two years from producing its first vehicles.

A history of grand plans

But ambition has never been a problem for Scaringe. In 2010, he persuaded the state of Florida and Space Florida, the state’s aerospace economic development agency, to hand over $3.5 million to develop and produce a 60 miles per gallon sports car using advanced manufacturing techniques. Rivian even signed an agreement with NASA to test the high-speed car on the Shuttle Landing Facility at Kennedy Space Center.

Scaringe promised a factory in Florida that would employ 1,200 people by 2015, with a new automotive engineering course at the Florida Institute of Technology to produce the skilled workers required. Rivian did complete an initial technology demonstrator vehicle but neither the factory nor the jobs materialized.

“Although we did not get the manufacturing, we’re still very excited about the technology,” Dale Ketchum, VP of Space Florida, told TechCrunch. “We remain optimistic that some of their operations and technology and job generation will eventually occur in Florida.”

Space Florida continues to hold stock warrants in Rivian, issued as part of its grant.

By 2013, Rivian had pivoted to developing electric vehicles in Michigan, California, the UK, and, following the purchase of an ex-Mitsubishi plant in Normal in 2017, Illinois. Rivian has sought public funds there, too. It negotiated nearly $50 million in state tax credits by promising to create 1000 new full-time jobs in Illinois in 2024, and a package of around $4m in local credits.

These include the city of Normal handing over $1 million in cash after Rivian invests $20 million of its own money to refurbish the factory. The town will also provide security and landscaping services for the plant, and even remove snow from its driveways and parking lots for two years.

A bet on job growth

But while the economic benefits of Rivian’s promised jobs lie in the future, Normal is having to tighten its belt today. In February, the town noted that property tax abatements granted to Rivian would reduce its 2018-2019 operating fund by $74,900 and its library fund by $32,200. In March, Normal postponed plans for a new library indefinitely. Scaringe says Rivian currently has just 65 Rivian employees at the Normal facility.

The company says that it has also raised $450 million in capital and debt financing from investors, including Sumitomo Corporation of Americas. Its largest shareholder is Saudi conglomerate Abdul Latif Jameel, whose initial investment Scaringe secured while working on a Master’s degree at MIT.

Following a generally positive reception of its electric pickup and SUV at the LA Auto Show, and a subsequent flurry of $1,000 pre-orders, Rivian now faces the trickier task of bringing them into production in just two years.

Scaringe has promised that both vehicles will be capable of Level 3 autonomous highway driving – something that Tesla also has promised, but has yet to deliver. Although Rivian’s self-driving team is based in Silicon Valley, the company has yet to apply for an autonomous vehicle testing permit from the California DMV.

Scaringe said the company is testing on public roads in California, but in a way that does not require a permit. “We took the decision to be very quiet in stealth and stay below the radar,” he said. “But we will probably have to file for a permit, possibly in the next year.”

Developing and integrating such advanced technology so quickly will put even more pressure on Rivian’s aggressive development cycle. The first big adventure for Rivian’s innovative vehicles won’t be muddy tracks or forest roads, but in factories that are still worryingly empty.