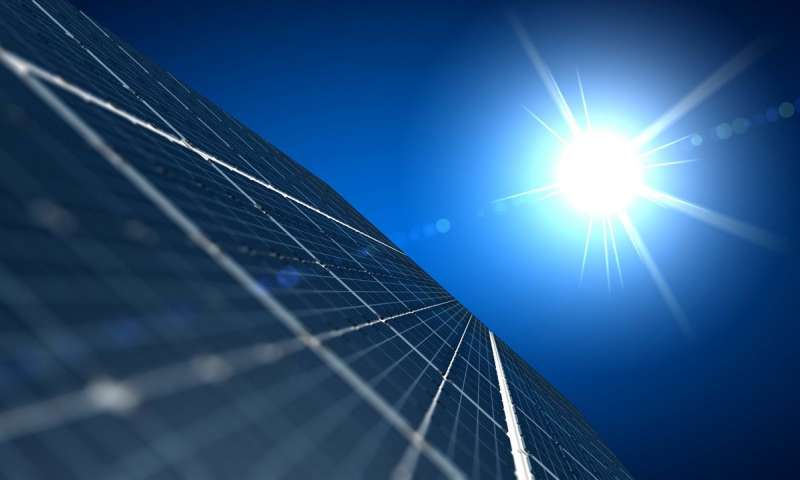 While the annual investment grew by 18 percent, the newly installed capacity of solar photovoltaic power increased by 32 percent to almost 100GW in 2017. Over the last 15 years, the photovoltaic (PV) industry has grown from a small group of companies and key players into a global business where information gathering is becoming increasingly complex.

The latest edition of the JRC PV Status Report, released during the Conference of the Parties (COP 24) to the United Nations Framework Convention on Climate Change (UNFCCC), in Katowice, gives an overview of current trends in the industry, in the context of the climate-related commitments, such as reaching a 32 percent-renewable energy target in 2030 in the EU.

Photovoltaics is one of the key technologies to decarbonise the power sector and offer a sustainable energy supply. Among its unique advantages—solar resources in Europe and globally are abundant and cannot be monopolised by one country; it can be deployed in a modular way almost everywhere on the planet; and PV and other renewable energies offer the stabilisation of, or even a reduction in future energy prices.

According to the report, in 2017 PV electricity generation capacity accounted for 100GW, or almost 35 percent of the world-wide new installed power capacity while the annual investment grew by 18 percent. It is the largest share of additional generation capacity followed by wind, natural gas, and coal.

The trend that the developing economies invest more in renewable energy capacity than the developed ones (71 percent or EUR 100 billion) continued for the third year now, led by China, India and Brazil. Investments in developed countries have declined by 30 percent from EUR 127 billion in 2015 (a record year so far) to EUR 93 billion in 2017.

In terms of costs over the last 10 years, prices for residential grid-connected PV systems have decreased by 75 percent. In the third quarter of 2018, the worldwide average price of such systems without tax and administrative costs was EUR 1.15 per watt. Australia is the global leader in terms of costs reduction, with around EUR 0.70 per watt.

According to market forecasts, the installed PV power capacity of 408GW at the end of 2017 could triple by 2023. At the end of 2018, worldwide solar PV power is expected to exceed 500GW capable of producing roughly 2.8 percent of the worldwide electricity demand. The EU’s share in 2017 is about 26 percent of the world-wide installed capacity and can provide about 4.5 percent of its electricity demand.

PV is one of the fastest growing industries in the world, and the one that has changed dramatically over the last few years. Over the last 15 years, production volume of solar PV has been increasing with an annual growth rate of over 40 percent. China has become the major manufacturing country for solar cells and modules, followed by Taiwan and Malaysia.

Economic forecasts presented in the report show that there are huge opportunities for PV in the future if the right policy measures are taken. It will require the sustained effort and support of all stakeholders to implement the envisaged change to a sustainable energy supply with PV delivering a major part.

The main barriers to such developments are perception, regulatory frameworks and the limitations of the existing electricity transmission and distribution structures.

PV and decarbonisation of the power sector

Recent 100 percent renewable electricity scenarios have highlighted the importance of solar photovoltaics in decarbonisation of the power sector in a cost effective manner. To realise a carbon free power supply by 2050, the installed PV generation capacity of about 500 GW at the end of 2018 has to increase to more than 4TW by 2025 and 21.9 TW by 2050 to make it happen.

The European Union needs to increase its capacity from 115 GW at the end of 2018 to more than 631 GW by 2025 and 1.94 TW by 2050. In case of a transition to a sustainable transport sector, i.e. electrification and synthetic fuels, these numbers would increase by a factor of two.

PV at the JRC – current and future work

The JRC also operates the PV Geographic Information System—based research on promising future PV deployment options that can guide the EU PV development trend during the current transition from policy driven markets to competitive ones. The impact of PV is also being studied as an enabler for net-zero energy buildings and for the electrification of transport.

The PV Status Report provides comprehensive and relevant information on this dynamic sector for the decision-makers in policy and industry. The report combines up-to-date international information on PV collected on a regular basis from public and commercial studies and cross-checked with personal communications.

Regular fact-finding missions involving company visits, as well as meetings with officials from funding organisations and policymakers, complete the picture.