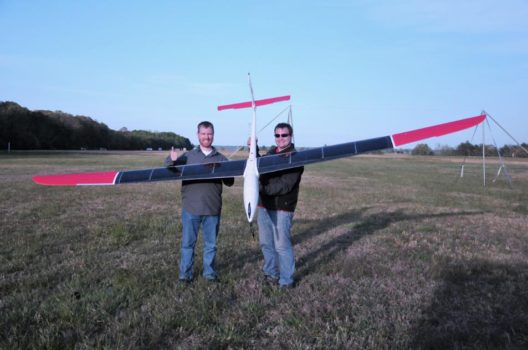 The below satellite, the Vanguard 3, is from the family of the first satellites to utilize solar power. The Vanguard 1 delivered data from 1958 into 1965. And it was this satellite that made us believe in the potential of space.

Starting from these expensive and challenging markets, cost effective solar modules for our rooftops and fields have evolved. However, while the general populous’ focus – and financier’s – has shifted to those bigger markets, these more demanding markets still exist, are expanding and are at the cutting-edge of solar photovoltaic technology.

Alta Devices has received certification of a new world record efficiency for a single junction solar cell (specification page – pdf) from Fraunhofer ISE CalLab at 29.1%. This value is 0.2% higher than Alta Devices’ (outlined in red below) prior noted record in NREL’s Best Research-Cell Efficiencies (pdf) charts. Alta Devices told pv magazine that manufacturing samples of the product are regularly in the 27% range.

Alta’s gallium arsenide solar cell is of the product line that has taken over from standard silicon solar cells in the space industry starting as early as 1965, and becoming the dominant product in the 1990s. Recently, a triple junction gallium arsenide solar cell, as part of the NASA Mars InSight program, generated 4,588 watt-hours during its sol 1, a new record for electricity generation on the red planet.

Recently, Alta Devices took the solar powered uncrewed aerial vehicle (UAV) record back from SunPower by breaking their October 2016 record of 10 hours and 50 minutes. The Alta Devices powered unit (below) flew for 11 hours and two minutes.

The RnR Products SBXC sailplane kit was retrofitted with Alta Devices solar cells specifically marketed to small UAVs (pdf). The plane’s 4.5m wingspan has a surface area of 1.3 square meters. The solar cells measure 2 cm x 5 cm, and each half wing array was populated with 4 laminated matrices of 4 parallel x 18 series cells. The cells are interconnected with a conductive adhesive and a shingle pattern that maximizes the cell packing factor.

In standard conditions, the plane can fly for approximately 4 hours on battery power only. The flight used 907 Whrs, with 587 Whrs supplied by the solar panel and 320 Whrs from the battery, and landed with 40% battery capacity.

Don’t expect Alta Devices or other gallium arsenide products on your roof just yet, unless you’ve got some serious bank. The costs for the product are orders of magnitude greater than current silicon based solar modules available to the commercial solar market. For one, the materials being used are relatively rare. Additionally, the chemical vapor deposition on a reusable gallium arsenide wafer process used in manufacturing – necessary due to relative instability and to minimize materiel usage – have as of yet been unable to scale anything like the silicon industry’s ingot to wafer to cell process.

The most significant change in the current record holder solar cell isn’t actually the efficiency; it is that the weight fell 30%, and from the words of Alta Devices, their process have lowered material costs to “essentially nothing.” And that’s why NASA invited Alta Devices to send their solar cells aboard November’s launch as part of the ongoing Materials International Space Station Experiment. The array is composed of nine solar cells, and will be tested for a year before returning to earth for analysis. The CubeSat and other low-earth orbiting missions are being considered for the technology.

As well, as the header image shows, Alta Devices’ parent company – Hanergy – also has goals of putting the technology into cars. Solar car hopeful, Sion Motors (pdf), has a 1.2 kW, 24% efficient mono silicon system composed of 330 individual cells. The company suggests that in a northern European climate, meaning great seasonal variation, the car can gain anywhere from 2.5 miles in the winter to 18 miles on a nice summer day. We have yet to see if this market will take off.

The solar industry is going through aggressive changes right now. For the longest time, SunPower’s X Series stood far beyond all others, with a greater than 24% efficient solar cell and over 22% solar module. However, their price matched this premium efficiency.

Standard solar modules have seen their efficiencies increase toward 20% with PERC mono-silicon technologies leading that race into the mainstream. Right now, LONGi holds the record with a 23.6% solar cell and a 20.83% solar module.

These technologies are, for now, the ones that matter because they’re what’s getting installed in much of the 112 GW being deployed in 2019. However, there’s reason to think that the future holds a place for Alta Devices and other higher efficiency technologies.

Whether it is perovskite breaking through from the labs, multiple junction products figuring out their pricing issues, or something completely out of the world, there’s money and expertise flowing and learning curves aplenty in many directions as the industry continues its global growth.