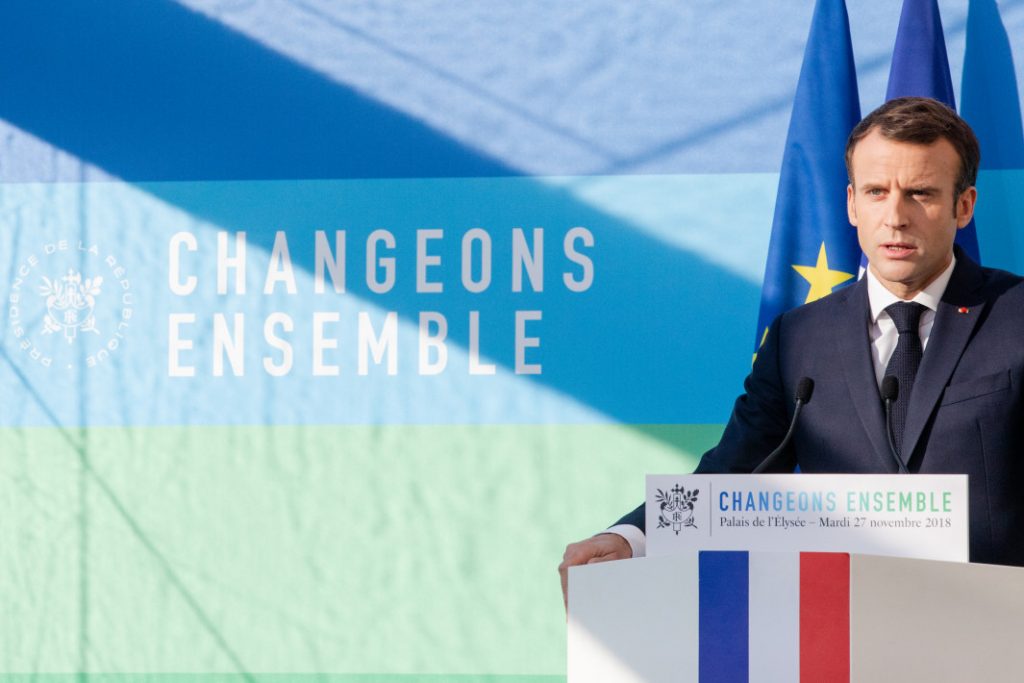 Geothermal energy is a pillar of the energy transition for the region of Alsace in France, and seen as an important element of the French Government’s strategy to get out of gas, according to French President Emmanuel Macron.

In a speech ahead of the climate talks of COP24 in Poland, French President, Emmanuel Macron highlighted the need for the country ““to get out of gas” and that his government’s “strategy provides for a rise in geothermal power, which has a lot of potential.” Despite criticism by environmental NGOs and the opposition, the speech of the French President has at least made some people happy in the region of Alsace, as reported by French paper Le Monde.

Deep geothermal energy – the extraction of very hot water (around 150-200 centigrades) from wells to produce heat or electricity for businesses or private individuals – is one of the main pillars of green politics pushed by politicians in the region of Alsace. Their goal is ambitious: 100% renewable energy supply by 2050 on the whole territory – while the rate is today 15%, against 30% for oil – and a drop of 70% % of greenhouse gas emissions.

“We want to be one of the most innovative local communities in the field of the environment and to be a territory with positive energy ,” explains Eurometropolis President Robert Herrmann. It is hoped that geothermal energy will eventually bring 20% of our energy needs. “

For the politician, the awareness took place at the time of the COP21 and the signing of the agreement on climate in Paris in December 2015. “It was really the launch point for the energy transition. Many calls for projects were launched in the wake , he says. The state at the time told us: we put money, look what you can do. This created a dynamic. We have committed ourselves in a very strong way and in three years we already have a lot of results. “ Many programs were launched or developed in the territory: solar thermal and photovoltaic, biomass, biogas, thermal renovation of housing and, therefore, deep geothermal energy.

“This mix will make it relatively easy to reach 100% renewable energy and in addition to having energy and local employment , said Gilles Lara, director of the Alter Alsace Energies association, which advises local and private authorities in their energy transition. But we must start now and not wait twenty or thirty years, otherwise it will be too late. “

Three geothermal power plant projects have been launched on the territory: in Vendenheim, Eckbolsheim and Illkirch-Graffenstaden. In the long term, the intercommunality estimates that these three plants will heat the equivalent of 23,000 homes, and produce an electricity consumption equivalent to 50,000 homes.

If elected officials rely so much on this technique is that Alsace, and especially the Rhine gap, enjoys a subsoil favorable for its development. It has under its feet a water whose temperature approaches 140 centigrades from 2000 m depth and a hot rock already fractured which allows the extraction of this water through two wells. The first causes the water to rise at high temperature, which is then transformed, via a heat exchanger, into heat or electricity. The second well reinjects the surface-cooled water into the subsoil so that it warms up again thanks to the hot rocks.

The European Commission details its zero carbon target for 2050

“We believe a lot in this new industrial sector which makes it possible to have a renewable, non-intermittent resource ,” explains Marc Kugler, General Manager of Electricité Strasbourg, a subsidiary of EDF, which builds the Illkirch and Rittershoffen power stations. It is an energy whose prices will be stable, unlike gas, coal or oil, which can be very volatile. “We are still at the beginning, this is not what will shake the leaders of the oil industry,” said Mr. Lara.

Despite the establishment of a research station in the Lower Rhine, at the end of the 1980s in Soultz-sous-Forêts, the sector is still in its infancy. The technique raises fears, especially after the accidents that occurred in Germany ten years ago, or in Switzerland: water injected at high pressure in the basement at 5 km deep caused several mini-earthquakes in the Basel region in 2006, and another with a magnitude of 3.6, seven years later in St. Gallen. “It’s not the same kind of geothermal energy ,” says Kugler. The accidents were due to fracking, we are drilling, we do not break the rock and we go lower than what was done in Switzerland. “

In Illkirch-Graffenstaden, it took a lot of work upstream to accept the geothermal power station that now overlooks the fields on the outskirts of the city of 27,000 inhabitants. “The various incidents have created a psychosis at home, it’s true. So we organized a lot of public meetings, we were very transparent , explains the mayor, Claude Froehly. The inhabitants realized that it allowed to have a clean energy, of proximity and which does not represent a lot of risks. “

In addition to geothermal energy, Mr. Froehly, who wants his city to have “greater energy independence” , is also looking to develop solar energy from photovoltaic panels. The city of Bas-Rhin is thus the first in France to experience a lakeside solar park: 135 panels have floated since the beginning of the year on a pond producing electricity, especially for the nearby animal park. The objective, if the experiment proves conclusive, is to pose 18 000 by 2021 on an old ballast.

For Mr. Froehly, facing the urgency of the climate situation, it is now up to local elected officials to take things in hand: “We are in a small revolution, it is time that everyone shakes. The state must give the main directions, but it is necessary that at the local level we accompany the citizens so that this effort can be accepted by all. “