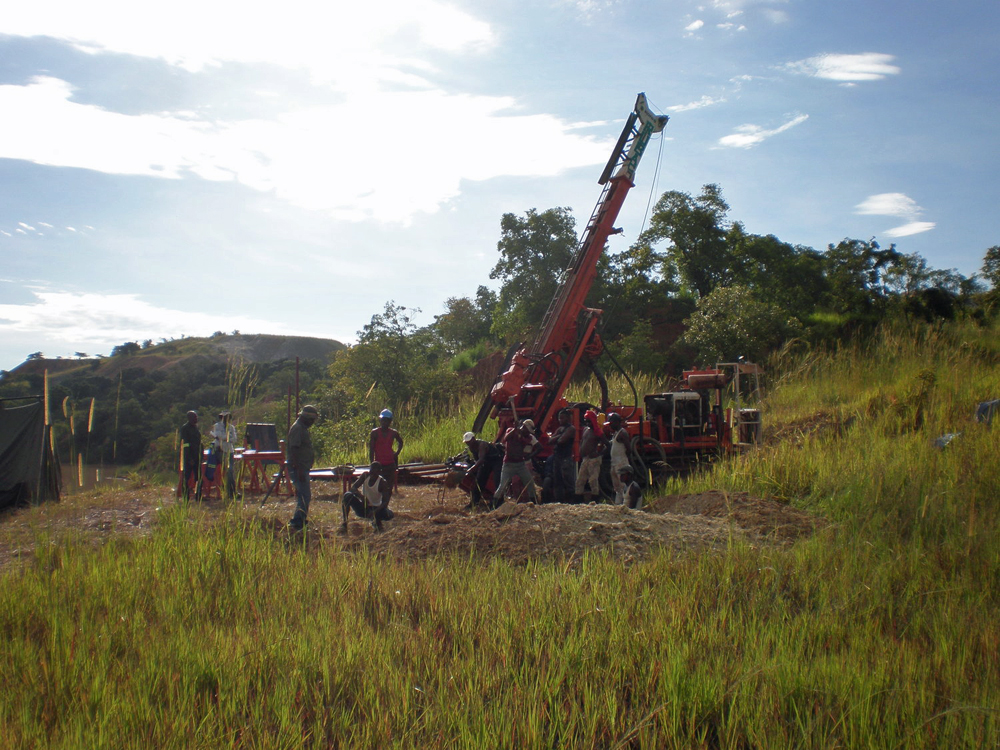 AVZ Minerals’ Manono became the world’s largest non-brine lithium resource after the Perth-based company released the maiden estimate for its 60%-owned project in southern DRC in August this year.

At the end of November, AVZ published the results of a drilling campaign that further increased Manono’s size – by more than half to just over 400 million tonnes grading 1.66% Li2O for 6.6m tonnes of lithium oxide.

State-owned Congolese company Cominiere holds 30% of Manono and the deposit was mined for tin for six decades until 1982. AVZ’s latest resource estimate also includes 300kt of tin and 13.2kt of tantalum.

The company hopes to update its October scoping study before the end of year and AVZ is now studying a 5mtpa and 10mtpa operation (up from 2mtpa) thanks to the expanded resource and offsets provided by tin and tantalum.

London-based research consultants Roskill says an operation at Manono with a 10 million tonnes per year capacity has the potential to produce over 300,000 tonnes per year of lithium carbonate equivalent.

That’s a rate of production roughly equal to global output from all brine operations and hard-rock mines forecast for 2018.

Roskill compared Manono to other lithium projects and points out that “unlike some of its closest peers such as Clayton Valley, Sonora and Thacker Pass, which will require integrated plants, Manono hosts traditional pegmatite mineralisation that can produce a spodumene-bearing concentrate for conventional conversion at existing refining facilities in China.”

“An expanded processing capacity will ultimately bring some cost saving to the project through economies of scale, however, in our view the project’s main hurdle remains its location and the costs involved with transporting its concentrate to market.

“Furthermore, in the near to medium-term as projects such as Greenbushes, Wodgina and Pilbara Minerals’ Pilgangoora ramp-up production, the market should have an ample supply of concentrate.”

There is of course a long road ahead for AVZ at Manono and like many of its peers, the $110m stock has come under pressure from the fall in the price of lithium. The sector is a crowded field, but AVZ does enjoy some high-profile backers with Citicorp, JP Morgan and BNP Paribas together holding some 30% of the company.

Unlike cobalt, lithium escaped being treated as a strategic mineral by the Congolese authorities and royalty rates for the battery raw material remains at 3.5%. Cobalt now attracts a 10% rate.