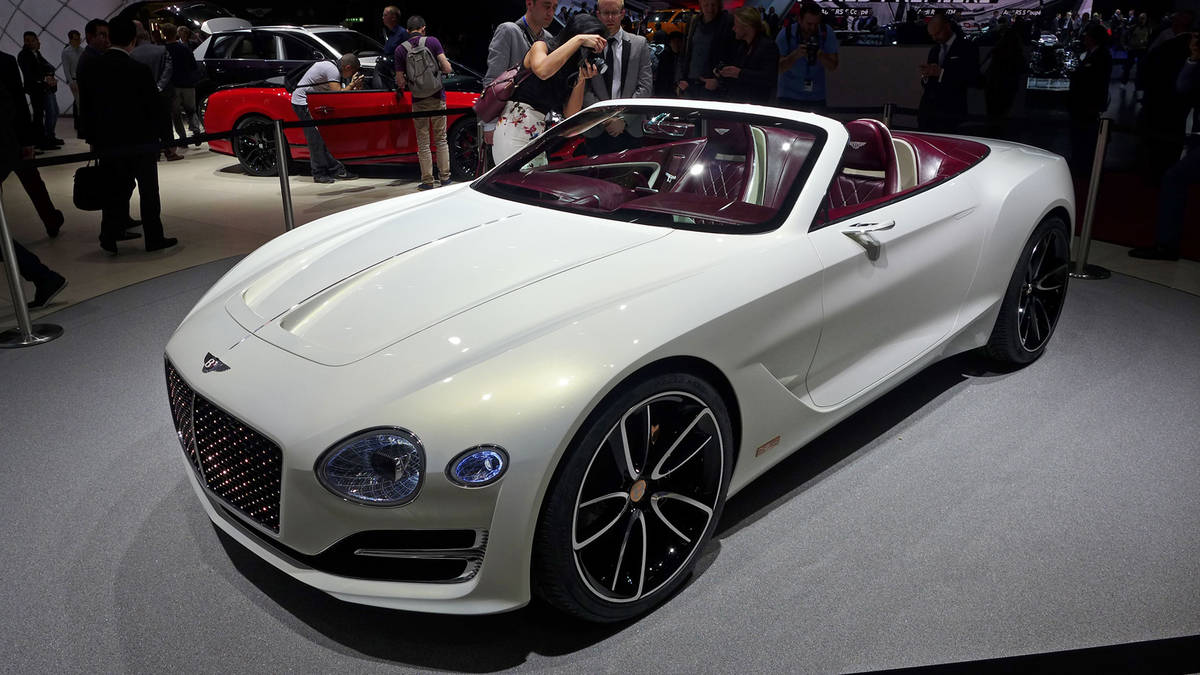 “The problem is when you get to our segment with the size of our vehicles and the frontal area we push through, current battery power density limits the size of the car you can offer with credible driving range,” Hallmark said.

Battery technology will not improve to a level that would be suitable for a pure electric Bentley until 2023 to 2025, said Hallmark, who joined Bentley six months ago from Jaguar Land Rover.

“There is nothing industrialized in the supply chain before then,” he told Automotive News Europe.

Hallmark believes a full-electric Bentley would appeal to a broad segment of the very rich who currently do not buy ultraluxury cars from any brand. “An electric vehicle is even more appealing to them than to our customers,” he said.

About 40 percent of Bentley customers have considered or would consider an electric car, Hallmark said.

Bentley showed an electric two-seater sports car concept badged EXP 12 Speed 6e at the 2017 Geneva auto show, but the brand’s first EV will not be a sports car, Hallmark said.

Hallmark would not comment on what body style Bentley’s first electric car would be, but said it would “redefine grand touring” with a long cruising range. “When we build an electric car it will be a Bentley first and foremost, and it will be an electric Bentley second,” he said.

The brand could be in line to use the Premium Platform Electric architecture currently under development by VW Group sister brands Porsche and Audi and due in 2021.

Audi has said the PPE will enable three body styles, including an SUV and a limousine. The decision on whether Bentley can borrow the platform has yet to be made, VW Group CFO Frank Witter told reporters at VW Group earnings call at the end of October.