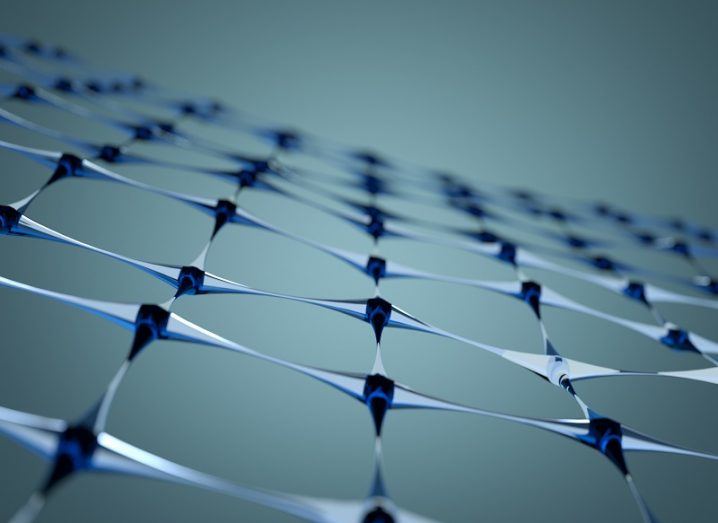 Researchers have combined a form of graphene with a seaweed-derived substance to create a whole new smart material with multiple uses.

A number of biomedical applications have begun to adopt hydrogel materials made from alginate, a natural material derived from seaweed. Yet in their current form, these hydrogels are incredibly fragile, meaning they’re not very useful in the long term.

However, researchers at Brown University have found a way to drastically improve their strength – in addition to making them more intricate in shape – using graphene oxide (GO) and 3D printing.

In a paper published to Carbon, the researchers said that the addition of GO nanosheets can make any material capable of becoming stiffer or softer in response to different chemical treatments, meaning they could react to their surroundings in real time. In addition, alginate-GO retains alginate’s ability to repel oils, giving the new material potential as a sturdy, antifouling coating.

The 3D-printing method used to create these new materials is called stereolithography, which uses an ultraviolet laser to trace patterns across the surface of a photoactive polymer solution made from sodium alginate mixed with sheets of GO. When the object is completely built, it is stronger than steel.

Key to the material’s ability to react in real time to its surroundings is the fact that polymers link through ionic bonds. While strong enough to hold the material together, they can be easily broken by certain chemical treatments.

For example, a chemical that removes its ions allows the material to swell up and become much softer, but it could be made stiff again in a bath of ionic salts. Experiments showed that the material’s stiffness could be tuned over a factor of 500 by varying its external ionic environment.

Some immediate uses of the material could be found in the oil-repellent properties of pure alginate, potentially keeping surfaces, such as a ship’s hull, free from oil and other grime.

It could also be useful in studying how cancer cells or immune cells migrate through different organs throughout the body, due to its ability to change stiffness on command.