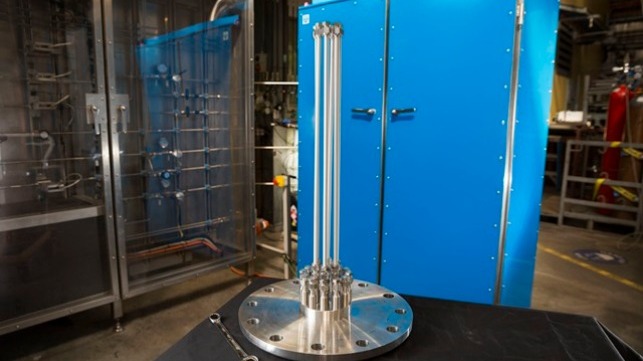 CSIRO will work with Fortescue to identify, develop and commercialize technologies to support the creation of an Australian hydrogen industry and future global uptake. The centerpiece of the A$20 million partnership is an investment in CSIRO’s metal membrane technology which enables ammonia to be used as a carrier material for hydrogen storage and transport. The agreement includes commercialization arrangements for the membrane technology, with a subsequent five-year investment in hydrogen R&D.

CSIRO’s National Hydrogen Roadmap, released earlier this year, found that an economically-sustainable hydrogen industry could soon be a reality. Hydrogen is a clean-burning fuel with a range of uses from powering vehicles to storing energy, and if produced using low-emissions energy sources, it could facilitate decarbonization across the energy and industrial sectors.

The Roadmap indicates that hydrogen technologies are reaching maturity, with the narrative now shifting from R&D to market activation. By around 2025, clean hydrogen could be cost-competitive with existing industrial feedstocks such as natural gas and energy carriers such as batteries in many applications. The Roadmap states that an appropriate policy framework could create market pull for hydrogen, with investment in infrastructure then likely to follow.

Australia has long been dependent on imported liquid fuels and is currently not meeting domestic fuel reserve targets. Hydrogen could play a key role in protecting Australia from supply shocks by localizing liquid fuel supplies (e.g. by producing synthetic fuels) or by displacing their use in both stationary and transport applications. Hydrogen could also help manage the transition to a higher proportion of variable renewable electricity in the electricity network by overcoming challenges associated with energy intermittency.

Australia has a history of exporting its natural resources. However, some of these markets, for example uranium, have suffered downturns as a consequence of a changing energy mix abroad. Others such as thermal coal, could be at risk in the future if global trends continue to lead towards a low carbon economy.

In contrast, the global market for hydrogen is expected to reach $155 billion by 2022, with a number of Australia’s existing trading partners, such as Japan, who are comparatively resource constrained, currently implementing policy commitments for hydrogen imports and use. The Australian Renewable Energy Agency (ARENA) has already funding for Australia’s first green hydrogen innovation hub at Jandakot in Western Australia with an eye for the Japanese market.

The hub will trial the production, storage and use of renewable hydrogen to energize a commercial-scale microgrid. Green hydrogen will be produced from on-site solar using electrolysis, fueling a range of gas appliances and blending hydrogen into the natural gas pipeline. The development project will also evaluate the potential for renewable hydrogen to be exported at a larger scale.

Potential demand for imported hydrogen in China, Japan, South Korea and Singapore could reach in the order of 3.8 million tons in 2030. Commercial scale production of hydrogen from brown coal in Victoria is likely to be available after 2030, so the majority of prior demand is expected to be met by electrolysis coupled with dedicated renewables or grid connected electricity.