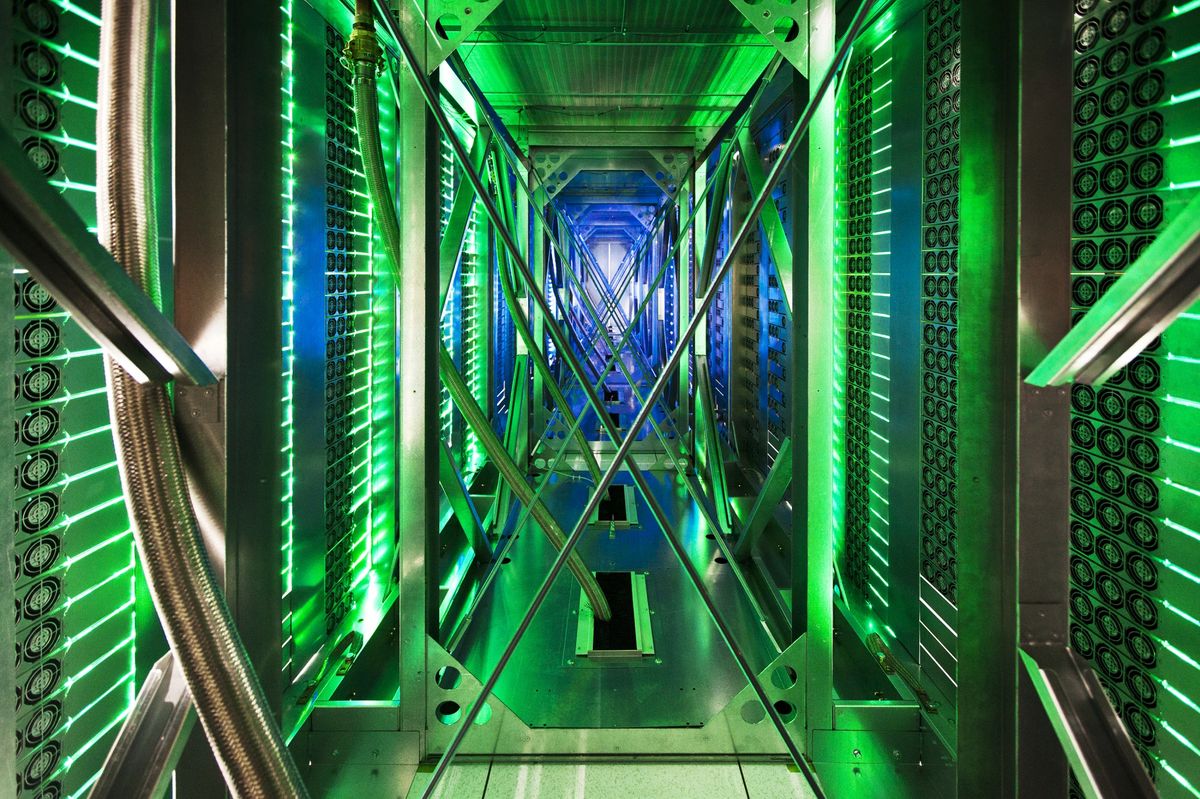 It takes a lot of electricity to keep the digital universe humming. Some of it powers the actual servers and data storage drives, but the majority of the electrons used by data centers at Google, Facebook, Apple, Amazon, and other tech companies are needed to power the fans and air conditioning units needed to keep all that hardware cool.

Being Good Stewards Of The Earth

Publicly traded companies are under pressure from investors today to obtain the electricity they use from renewable sources. There’s something just not right about creating carbon emissions to operate the internet. According to Bloomberg New Energy Finance, the tech industry has contracted for more renewable energy — 2,581 megawatts — than any other sector of the global economy. It has signed deals for 10.4 gigawatts more just this year.

Google is the largest consumer of green energy in the world at more than 3 gigawatts, followed by Facebook at 2 gigawatts, and Apple, Microsoft, and Amazon at around 1 gigawatt each. A typical nuclear power plant generates about 1 gigawatt of electricity.

The Internet Of Things

The internet of things is growing exponentially. There are 27 billion devices connected to the internet today, according to IHS Markit, but that number is expected to explode to 138 billion by 2030, reports Bloomberg, as everything from thermostats to doorbells to self-driving cars begin sharing data with tech companies and with each other. That means utility companies are starting to view tech companies as important new customers for the electricity they produce. IHS Markit estimates data centers are responsible for 2 to 3% of all electricity consumed in developed countries.

Many data centers are being located in Scandinavia, where abundant hydro power is available. Those countries also tend to have lower average temperatures, which reduces the cooling loads on the centers. Andreas Regnell, head of strategy at Vattenfall AB, Sweden’s largest utility, tells BNEF, “In the near term, I think we will probably see data centers as the biggest driver of power demand, at least in the Nordics.”

Advances in technology may make computers and servers more efficient in the future. Jonathan Koomey, a lecturer at the School of Earth, Energy and Environmental Sciences at Stanford, tells BNEF, “On one hand you have a rapid increase in computation, data transfers and number of computations. But on the other hand you have improvements in the efficiency of these computations. Operators are figuring out ways to deliver more computing using the same or less energy.”

Tech companies arrange for most of their renewable energy by using power purchase agreements, but they don’t always guarantee that the electricity generated by a wind farm in Minnesota actually powers a Google data center in Oklahoma. “When we say we’re matching our energy, we mean that for every terawatt of power that we consume at Alphabet, we’re matching that by a physical terawatt hour that’s being generated somewhere else,” says Neha Palmer at Google. “We are looking at ways on how to match our actual consumption.”

On-site generation is often more costly than siting renewable energy facilities where the sun is strongest or the wind blows hardest. Battery storage may help make local on-site generation more economically viable, although Google has indicated recently it won’t be a cure all for its renewable energy goals. Last month, the company published an analysis that showed none of its data centers in 2017 were matched 24-hours a day, every day with 100% carbon-free energy, according to Utility Dive.

“The deployment of cost-effective, large-scale energy storage could conceivably help create better matching of renewable energy supply with data center electric demand, particularly over the course of a day,” the Google analysis said, but added, “storage may not necessarily be able to overcome major seasonal variations in renewable supply.”

The utility industry is struggling with similar issues when it comes to renewable energy. Perhaps with leadership from major tech companies, some of the existing hurdles to the use of renewable energy can be overcome for the benefit of us all.