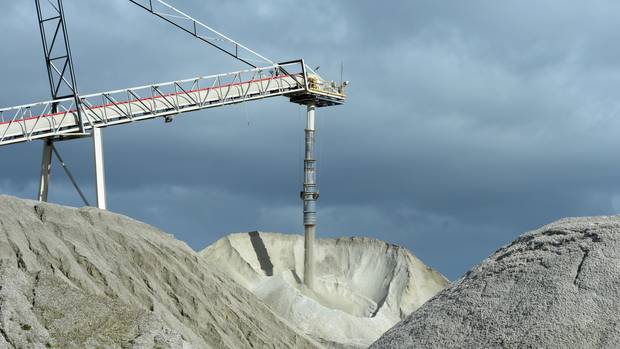 Over the last two decades, the introduction of lithium-ion batteries has transformed the consumer electronics and electric transport industry. With increasing numbers of e-scooters and e-bikes hitting our streets as well as more vehicles switching to electric power, the lithium mining industry is predicted to struggle to meet this increasing demand. Now scientists are taking a lesson from a Nobel prize in cell biology to try and find new sources for the valuable metal.

Named after the Greek word “lithos” meaning stone, lithium is the lightest metal in the periodic table. Soft and silvery-white, it is a highly reactive and light material, which makes it great for batteries but also means that it doesn’t exist in a solid elemental form. Instead, lithium is mostly found bonded to minerals from which it has to be separated.

Mining for lithium is still a relatively new industry when compared to other mining industries such as gold and copper. Current mining volumes of about 200,000 tonnes per year will need to be ramped up to more than 1 million tonnes by 2025 putting pressure on the mining industry around the world.

Battery grade lithium needs to be of much higher quality than the lithium used in industrial chemicals and producing this high-quality product requires more energy intensive processes, which are expensive to manufacture.

Although there is no shortage of lithium left in the ground to mine, the environmental and economic impact of extraction is starting to become more public. With the concentration of most of the global resource of lithium being available in only a small number of countries, geopolitical factors and relationships between nations are likely to become a factor.

In Australia, lithium is produced by mining hard rocks like granite which contain lithium bonded to other minerals. The rock is crushed then high temperature and chemicals are used through a hydrometallurgical process to separate and extract the lithium from the rock. As rock mining entails clearing land, digging mines and leaving waste rock, a significant amount of energy and land are required to mine lithium.

The salt flats are pumped up out of the ground and left in large pools so evaporation can take place producing a brine.

After a few months, the lithium compound separates out from the other minerals and can then be purified and processed to the quality needed for batteries. Pumping out brine sources has been shown to impact water supplies in desert areas and also requires chemicals and more water for purification.

With these expensive purification processes as well as the limited number of plants that can process the mined lithium product, the worldwide supply chain for battery quality lithium is highly susceptible to bottlenecks.

Now researchers are developing a new type of membrane that can filter lithium out of seawater providing a new way to supply the industries ever increasing demand. Based on the biological cell research on how water and ions are transferred into and out of cells that won the Nobel prize in 2003, the researchers are able to use a sponge-like crystal material with tiny holes that can capture, store and release selected metal ions, including lithium from sea and wastewater. While still in its prototype stage, these new metal-organic framework sponges could help to reduce the

environmental impact of mining for lithium while providing a better and more sustainable way of extracting lithium ions to help meet global demand for an ever-growing industry.