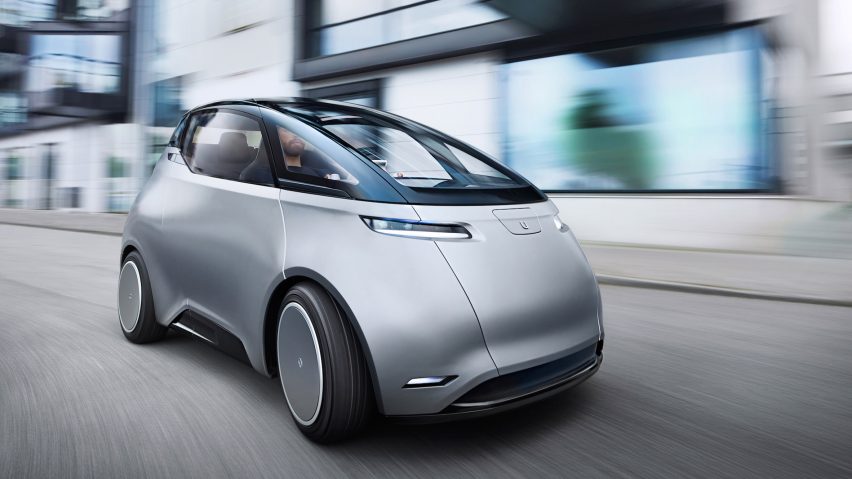 Swedish automotive start-up Uniti’s first vehicle launch will be an “affordable” and fully electric car, which is scheduled to go into production in the UK by 2020.

The vehicle, called Uniti One, has a host of innovative features including a connective and intuitive user interface, and will have high energy efficiency, with a 22 kilowatt hour battery that is estimated to power the vehicle for up to 186 miles (300 kilometres) on one charge.

The fully electric car will produce at least 75 per cent less carbon – from manufacture to disposal – than ordinary cars, according to the manufacturer.

In a bid to further lessen its environmental impact, it will be made from recyclable carbon fibre and organic composite materials.

The eco-friendly city car will be built at the company’s pilot production plant at Silverstone Park – home of the British Formula 1 Grand Prix – as soon as 2020.

The plant will serve as a model for what is called “digital twinning”, a technology organised by Siemens that will be used to create a network of licensed digital assembly plants across the world.

Digital twinning techniques see all production and product data stored digitally, meaning that this data can then be used as a blueprint to be replicated, shared and uploaded in other assembly plants located around the globe.

According to Uniti, the planned facility is the first stage in the company’s plan to become a “major player” in the British electric vehicle market over the next few years.

Uniti will offer a line of two, four and five-seater vehicle models. The car also boasts two available steering options, one traditional and another central pivot joystick control system, which is unique to Uniti.

The company plans to reveal its production models in late 2019, with the Uniti One set to go on sale shortly after in late 2020.

Earlier this year, Russian defence manufacturer Kalashnikov unveiled an electric concept car at a military trade fair in Moscow, in a bid to “keep up” with the American electric car company Tesla.