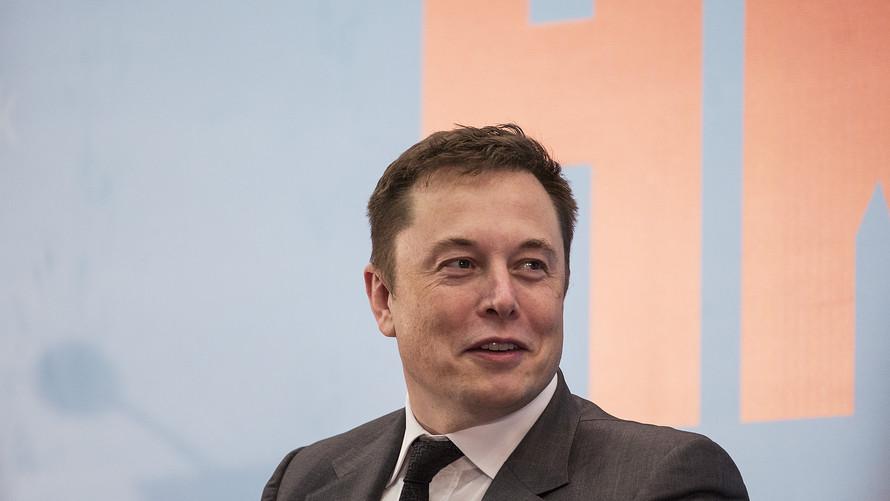 Tesla Inc. is not “staring death in the face,” will likely be cash-flow positive for all quarters going forward, and doesn’t need more investment for now, Chief Executive Elon Musk said this week.

Musk spoke during a Recode Decode podcast released on Friday, saying he is back at a “manageable” 80-hour, 90-hour workweek as Tesla TSLA, -0.86% and is “over the hump” with the Model 3 production.

“Up until around September, we were really faced with, like, ‘we must solve this or we’re going to die,’ constantly. I feel like we’re no longer in the staring-death-in-the-face situation,” Musk said.

Scaling the Model 3 sedan “was excruciatingly difficult,” Musk said during the interview.

It is “trivial” to start a car company, he said. “It is insanely difficult to make it successful.” Ford Motor Co. F, +0.97% and Tesla barely made it through the last recession, he said.

“There’s a good chance Ford doesn’t make it in the next recession. So, as a startup, a car company, it is far more difficult to be successful than if you’re an established, entrenched brand. It is absurd that Tesla is alive.”

Tesla is alive and planning for the future. Besides vehicles such as a compact SUV, dubbed the Model Y, and the Tesla Semi freight truck, coming up, Musk talked about plans to make a pickup truck in coming years.

“Well, I can’t talk about the details, but it’s going to be like a really futuristic like cyberpunk, ’Blade Runner’ pickup truck,” he said. “This will be heart-stopping. It stops my heart.”

A pickup truck was something Musk had been wanting Tesla to make for a long time, even if he is not sure many people would want to buy it.

“If there’s only a small number of people that like that truck, I guess we’ll make a more conventional truck in the future. But it’s the thing that I am personally most fired up about. It’s going to have a lot of titanium,” he said.

When asked why he pushed himself and others so hard, Musk said that the other option would have been the end of Tesla.

“Tesla cannot die. Tesla is incredibly important for the future of sustainable transport and energy generation,” he said.

“The fundamental purpose, the fundamental good that Tesla provides is accelerating the advent of sustainable transport and energy production … If we do not solve the environment, we’re all damned,” he said.

Without Tesla, a transition to sustainable energy would take much longer, he said.

During the sweeping interview, which lasted more than one hour, Musk also touched on his Twitter habit, and took a swipe at Apple Inc. AAPL, -0.58%

“Some people use their hair to express themselves; I use Twitter,” he said. “It’s fair to say I would probably not have tweeted some of the things I tweeted, that was probably unwise.”

Earlier in the interview, Musk said that while Tesla does not need to go private, he still thinks it would “execute better” as a private company.

Musk in September settled with U.S. regulators to end SEC charges that he misled investors and violated securities laws when he tweeted Aug. 7 he had “funding secured” to take Tesla private. Musk and Tesla agreed to the settlement without admitting or denying the allegations, and the deal was formally entered last month.

As for Apple, the company used to bring out “products that would blow people’s minds,” Musk said. It still makes “great products, but there’s less of that.”

And at least a few modes of transportation will be Tesla free, Musk vowed. There are no plans for a Tesla plane. And some at Tesla wanted to make a scooter.