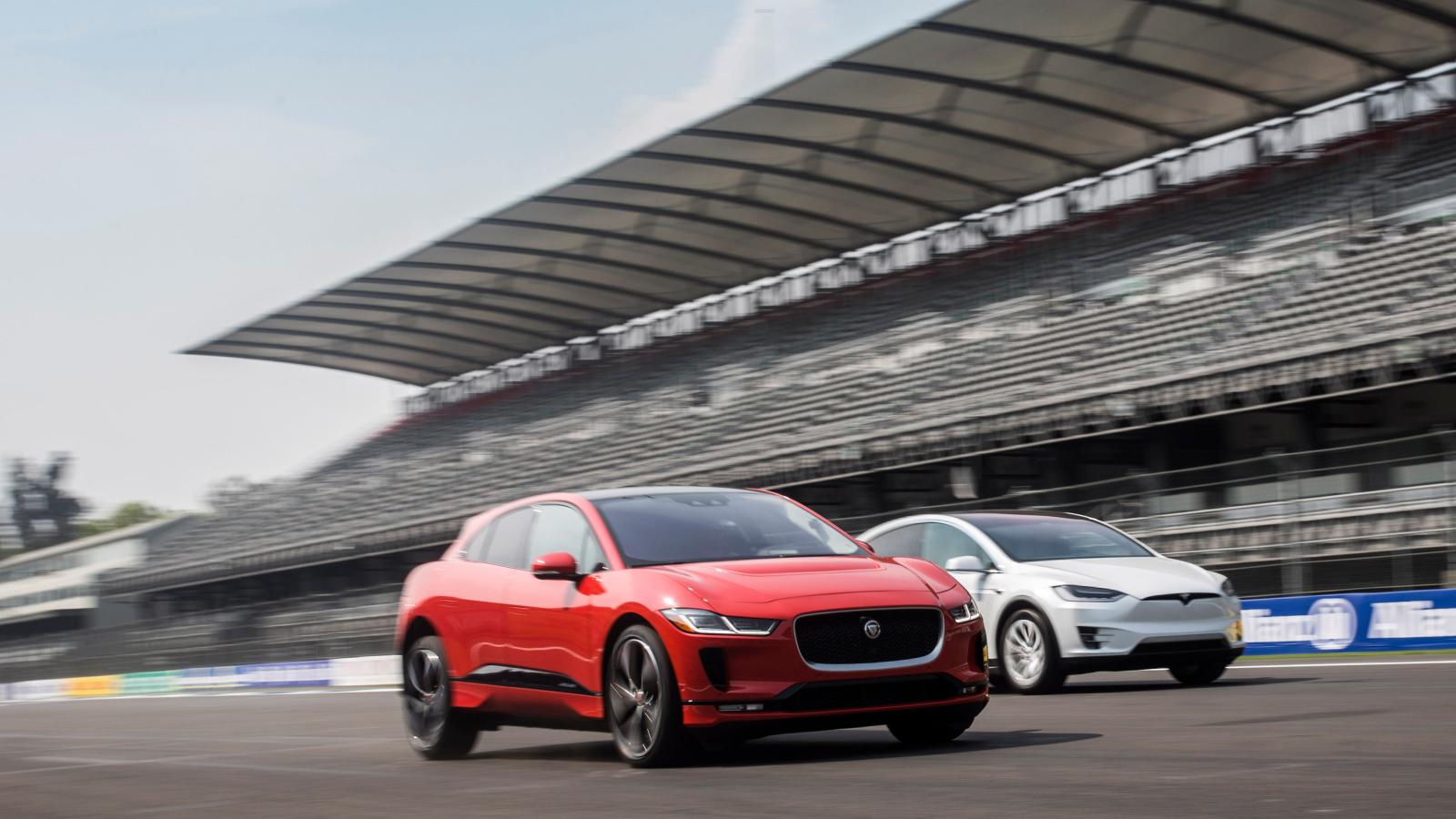 Jaguar has beaten European rivals to launch the first premium all-electric car. In the sedan and SUV class, the I-Pace is being touted as the only real competitor to Tesla’s Model S and Model X. And car enthusiasts love it.

Top Gear says the I-Pace is “the start of something big.” Autocar says the car’s performance is “responsive, accessible, seamless.” Auto Express awarded it the 2018 Car of the Year.

Under the hood, however, something doesn’t quite add up, according to Venkat Viswanathan, a professor of mechanical engineering at Carnegie Mellon University. The I-Pace has a much larger battery than the base version of Tesla Model X, but both offer about the same range.

This is not a matter of fine details. The battery is the costliest component of an electric car. A carmaker would spend on a larger battery—and thus risk increasing the car’s price—only if it offered a genuine advantage, such as a longer range. As the first credible rival to Tesla, which has three of the four best-selling electric cars in the US market, the auto industry, which is set to launch a lot of electric car models in the next few years, is looking to the Jaguar I-Pace as a test case of how customers will look at competition in this space.

Viswanathan got into the business of analyzing the range of electric vehicles when Elon Musk, the CEO of Tesla, announced that the company would build a “heavy-duty, long-range semi truck.” Viswanathan’s calculations showed that, if Musk were to aim for an electric truck to run without recharging for 600 miles, which is about the average distance a heavy-duty truck travels in a day, it would need such a prohibitively large battery that it’d be impossible to make an electric truck work.

To reach this conclusion, he took basic physics principles and applied them to the vehicle. It sounds like a high-school physics problems: To move a vehicle of X weight from point A to point B requires Y amount of energy. How much energy should be stored in the battery of the electric vehicle given its weight and need to travel that distance?

Not all of the energy in the battery gets used for moving the car. Some is lost to friction from the air that the vehicle moves through and the road it moves on. Some is lost as heat when running the electric motor and the powertrain which turns the wheels of the vehicle. And some is gained back through regenerative braking, which can be used to charge up the batteries when the car slows down. Adding all those up should, in theory, give you the amount of energy needed to be stored in the battery. And thus, based on current battery chemistry, the weight of the battery able to carry that much energy—which itself needs to be plugged back in to the equation, since batteries can add significant weight

Viswanathan’s calculations showed that, if the Tesla Semi has a range of 600 miles, then the battery’s weight would be about 14 metric tons. Taking into consideration the weight of other car components and the US federal regulations that limit the total weight of a truck to be no more than 40 metric tons, that would leave only 9 metric tons or so for cargo. In short, the Tesla Semi’s battery would weigh a lot more than the load it was carrying. (There are some new battery chemistries being tested in the lab or non-car applications that can pack in a lot more energy in less weight, but they aren’t ready for the car market.)

When the I-Pace went on sale in June this year, Jaguar said the car would have a 90 kWh battery and 337-mile range based on European standardized tests, which subjects cars to the exact same regime and allows like-for-like comparison between models. That measure put the I-Pace about 80 miles ahead in range than a Tesla Model X with a 75 kWh battery.

Bigger battery, longer range: it made sense. Until, that is, the Environmental Protection Agency (EPA) released the results of the standardized tests it runs for the US market. According to the EPA the Jaguar I-Pace’s range is 234 miles, compared to the Tesla Model X’s 238 miles.

To be sure, Viswanathan’s colleague Shashank Sripad, also at Carnegie Mellon, ran the models for other cars using the EPA’s quoted range for each. The model’s predictions for the battery size of the Nissan Leaf, Tesla Model 3, Tesla Model S, Chevy Bolt, and Audi E-tron were all almost exactly the same as the battery size those cars actually use. The Jaguar I-Pace data point continued to stand out.

Quartz reached out to Jaguar for answers. Could the problems be in the efficiency of the I-Pace’s motor or powertrain? Could something about the tires be causing higher friction and costing the car more energy? Could the car’s aerodynamics be worse than what the company’s data sheet said? Could the company be using inferior batteries that might have a stated capacity but don’t actually deliver that much energy?

Jaguar was gracious in its responses. The I-Pace’s drag coefficient, which measures the aerodynamics of the car’s body, is one of the lowest for SUVs on the market, said a spokesperson. The car’s motor efficiency (>95%) is top notch and weighs 78 kg (172 lbs), about half that of an internal-combustion engine. The company said the I-Pace battery is made up of 432 pouch cells, which use nickel-manganese-cobalt battery chemistry. That variety of lithium-ion chemistry is the preferred type for top electric cars.

Jaguar said that it buys its I-Pace batteries from suppliers, but wouldn’t offer details. The company wouldn’t say anything about the powertrain’s efficiency. And, crucially, it ducked the question of why the I-Pace’s range in European tests was so different than in EPA tests.

One possibility is that the I-Pace is programmed to not use all the battery’s capacity. Scientists have found that a lithium-ion battery lasts longer if operated between 20% and 80% state of charge. When asked if that’s what Jaguar is doing, the company said, “The I-Pace battery pack cannot be charged to 100% or run down to a real 0% state of charge because this is detrimental to the cell’s state-of-health.” But it wouldn’t give any more specifics about battery management.

The numbers still don’t add up, and that leaves Viswanathan and Sripad dissatisfied. Does that mean the Jaguar I-Pace is a bad car? Probably not. The range of the battery is just one among so many factors that add up to the experience of using the car.

But car buyers are price sensitive. The Jaguar I-Pace’s larger battery makes it a costlier car. Tesla’s Model X does more with less. That could negatively impact Jaguar’s sales, and it’s something the wider industry is keenly looking at.