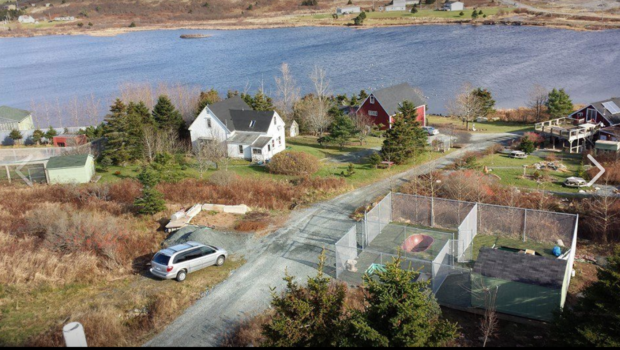 Hope for Wildlife (HFW) is in Seaforth, Nova Scotia, located about 15 miles [24 km] from the provincial capital, Halifax. Its mission is to connect people with the natural world — to living creatures and to show them how they can both lessen their impact and make a positive change in their environment. CleanTechnica recently learned that the HFW center gained approval from the province to install a solar project and sell energy generated from it to Nova Scotia Power. We reached out to HFW founder and director Hope Swinimer for an interview to learn more about the project and the interconnections between renewable energy and wildlife protection.

“Practicing renewable energy techniques gets more important every day,” Swinimer began. “We are already seeing changes in weather, animal behavior, and more — and this is because of the huge impact humans have on their environments. By reconnecting with the natural world and really taking time to research how we can work with nature — it both helps lessen the negative impact and increases the compassion people have for the earth and its creatures.”

Every year, HFW assists more than 10,000 callers through its wildlife helpline, welcomes thousands of visitors to its facilities for tours, gives hundreds of offsite educational presentations to community and school groups, and collects a wide range of data from animals treated at its rehabilitation center. The wildlife rehabilitation and education organization has, since 1997, rescued, rehabilitated, and released over 40,000 injured and orphaned wild animals representing more than 250 species. The organization also connects people to wildlife through knowledge and understanding.

“Being approved for this solar energy project means that we are able to better practice what we preach,” Swinimer acknowledged. “While a lot of our buildings already have energy efficient systems, the solar project allows us to show people that renewable, green energy is within reach and is a viable option for producing power at both a personal and enterprise level.”

From One Non-Profit, Renewable Energy is Produced for Nova Scotia Power

Drawing upon Nova Scotia renewable energy abundance, HFW’s main building already uses a passive solar design and incorporates geothermal heating systems. HFW has been approved for a 30 kW solar installation. Using Nova Scotia Power’s example, if the owner sold the power for 25 cents per kWh, that could bring in $8,250 per year.

“Hope for Wildlife is incredibly excited to have this solar project on site – each year, thousands of people come to our facility for guided tours,” Swinimer said. “When our solar panels are being introduced, the public will be able to see how the project progresses from start to finish. This allows people to see how it may be a viable option for their property, or may encourage them to research other, more suitable options for their lifestyles. In addition, we will have constantly updating data on how much power has been produced that day, how much money we’re saving, how many animals we’ve been able to save with the additional funds, and all kinds of really interesting facts that the public aren’t usually privy to. It will be an all encompassing, unique experience for our supporters to be up close to the panels and to see these details.”

The provincial approval confers only permission to install the panels and sell the power — it doesn’t include money for the infrastructure and panels themselves. The $154,000 will be a big investment for HFW.

“Our goal and our mission are far reaching and never ending – in such an amazing way. Our visitors are always learning as we learn, and we are always learning from our visitors!” Swinimer exclaimed. “Just a couple years ago, we built the Fenton Farmhouse following LEED guidelines and researching many different ways to be more energy efficient. We have now been approved for the solar project, and as circumstances and research and options change – we welcome the opportunity to work toward being as self sufficient and as environmentally friendly as possible. We are looking to have small exhibits all over the property to highlight not just renewable energy, but also the possibility of straw bale housing, pollination gardening, silviculture, how to go plastic free to preserve our oceans, and more. With these exhibits on site we will really be able to educate and work with the public to show that whether you fully embrace renewable energy, or just make small changes to your daily life, every bit helps.”

They’ll be installing 109 solar photovoltaic panels, although they still have to work out the details of how and where to arrange them. They may install them on the ground or a combination of ground and rooftop. The charitable society has hired a renewable energy company called Natural Forces for the project.

“We have a beautiful property that overlooks both the Atlantic Ocean, and also has a freshwater lake on site,” Swinimer continued. “At just over 12 acres, our wooded walking trails and outdoor units give visitors the chance to connect not only with our education ambassadors, but also with the natural beauty that surrounds them. We have a pollinator garden as the centerpiece of our facility with monarch butterflies, and beehives. There really is a chance to connect with all things indigenous to Nova Scotia.”

The Digby Neck Wind Farm has 20 turbines and a generation capacity of 30 MW, enough energy to power approximately 10,000 homes, with the potential to reduce greenhouse gas emissions in Nova Scotia by more than 79,000 tonnes a year. The Wind Farm became fully operational in December, 2010.

Wreck Cove is the largest hydroelectric plant in Nova Scotia with a generating capacity of 200 MW. Constructed from 1975-1978 south of the Cape Breton Highlands National Park, Wreck Cove collects drainage water from 216 square kilometers of the Cape Breton Highlands plateau to generate electricity. It’s also one of the more unique generating stations – the station’s powerhouse is located 275 meters underground, down a 620-meter access tunnel.
The Annapolis Tidal plant came online in 1984 and has a generating capacity of 20 MW. The plant can generate roughly 80-100 megawatt hours of electricity daily, depending on the tides.

A 60 megawatt biomass power plant in Port Hawkesbury supplies as much as 3% of the province’s electricity. It’s a facility that augments intermittent wind energy.

Nova Scotia Power“Renewable energy is not just the way of the future, it’s the way of now,” Swinimer noted. “It is absolutely becoming more common in our area – we even learned about this opportunity through a neighbor of ours who is welcoming solar energy to their home. One of our volunteers, who currently drives a fully electric car, is also purchasing her own solar panels. The great thing about renewable energy becoming more common is that the more people who embrace it, the more people are able to realize that it is a completely viable option for their lifestyle. The more people research and look into renewable energy sources, the more that they will see that it makes financial sense for almost everyone.”

The solar power project will help HFW pay for the cost of the panels over time as well as help fund the operations. They are legally required to sell it to Nova Scotia Power and then that money at a predetermined rate is given back to HFW. “We will be rolling out a fundraising campaign in the coming weeks to raise money for the infrastructure for our solar project installation,” Swinimer concluded. If you’d like to learn more about the campaign, you can check them out at the organization’s website.