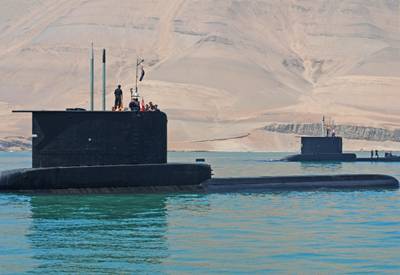 The providers of naval vessels, surface ships and submarines ThyssenKrupp Marine Systems of Germany has developed a new type of lithium-ion battery system for submarines together with Saft, a manufacturer of advanced battery systems for industry.
In an adapted form, the system could also be used for other maritime applications in future.

Dr. Rolf Wirtz, CEO of thyssenkrupp Marine Systems said: “The use of the new battery technology has enormous tactical advantages. We are entering a new era of submarine construction.”

Compared to the known lead-acid battery, maintenance is negligible, and the lifetime is much higher. The new batteries depend little on the removable energy from the discharge currents and a submarine can – regardless of battery charge – drive at maximum speed.

In addition to a system design tailored to safety and to the special requirements of the operation in the maritime sector as well as a selection of safe cell chemistry, a series of tests has already successfully demonstrated the safety at battery cell and system level. Further intensive test series are planned until sample inspection.

Dr. Rolf Wirtz, CEO of thyssenkrupp Marine Systems: “The tests have been extremely successful so far. In the coming year, we want to have completed the sample inspections required for the approval.”

The system is designed as part of a study, which is carried out on behalf of the German procurement office, BAAINBw, to support the integration into new submarine projects for HDW Class 212 as well as re-fit solutions into existing weapon platforms. Concepts for an adapted design for integration into HDW Class 214 are planned. Due to the modular design of the battery system, it can in principal be adapted to fit into any naval application.