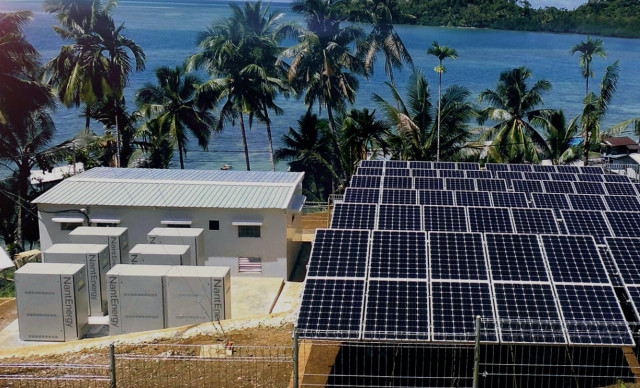 Until now, solid-state lithium-ion cells have been the likely path forward for battery technology, potentially finding their way into some production vehicles by 2025.

But one other battery possibility is increasingly looking viable for the near future: zinc-air. The firm NantEnergy has made some new and exceptional claims about its latest zinc air batteries: that they can be reliably recharged thousands of times, that the tech can be extended to cars in the future, and that they already clear the $100-per-kwh manufacturing-cost barrier—right now, in 2018.

Its breakthrough in the latest cells, it says, allows the zinc to retain its charge for an extended period, as well as repeat the charge/discharge cycle thousands of times. We’ve reached out to the company for information on how they’ve accomplished this and may update this story or cover it in greater depth in the future when we hear back.
The company’s owner, Dr. Soon-Shiong, is a biotech entrepreneur and the owner of the Los Angeles Times and part-owner of the LA Lakers. NantEnergy sees a $50 billion market for the technology—in buses, trains, scooters and, yes, eventually, electric cars; and it intends to start scaling up production in 2019, according to a recent piece in the New York Times.

So far NantEnergy has been targeting grid storage and solar projects, some of which are in Africa. The company already claims that its rechargeable zinc air cells are the sole source of power to 200,000 people and put to use in 1,000 cell tower sites.

The many barriers for zinc air technology up until now included manufacturing feasibility as well as recharging issues. Earlier zinc air batteries could also fail with dirty or contaminated ambient air. Zinc air batteries (any air batteries) have the potential to be lighter than conventional batteries, because the only need one pole. The other is the air.

The company currently gets its zinc from Indonesia; while it’s also a limited resource, mining it is less hazardous than extracting lithium.

According to the Union of Concerned Scientists, the battery pack in the Tesla Model 3 costs $190 per kwh, while the one used in the Chevrolet Bolt EV, for 2017, was estimated to be $205 per kwh.