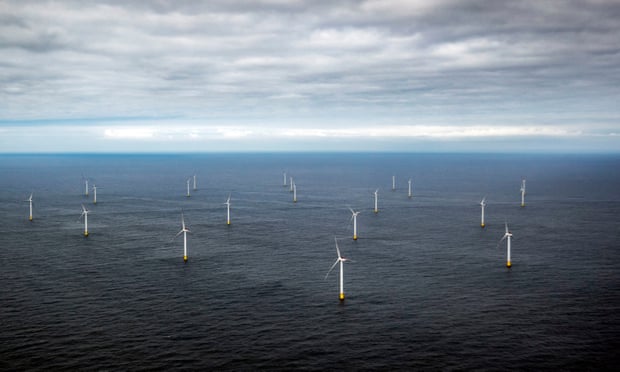 A maritime climate with wind, sun and waves and an island surrounded by shallow seas with a high tidal range makes the UK probably the best-placed country in the world to take advantage of renewable energy.

Britain is already a world leader in offshore wind but has been reluctant to invest in other promising technologies. Underwater sea turbines in particular, wave power and various forms of tidal barrage have failed to be given the political support needed to get them into the mainstream.

In some cases the government is actively discouraging renewables – the onshore wind industry and now solar power. Instead, taxpayer’s money and executive powers are being used to back nuclear power and fracking for gas. With scientists warning that we only have a 12-year window to save the planet from exceeding a dangerous 1.5C increase in temperature neither of these technologies is going to help avoid that threat.

There is still time to make a significant contribution to reducing carbon emissions because the renewables that most suit our climate have already been developed and can be installed rapidly. These, plus new battery technology and multiple novel ways of balancing supply and demand including biogas and hydrogen production, make this energy revolution possible. All that is needed is political will.