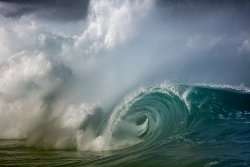 In its first year of testing, the world’s most powerful floating tidal turbine has generated 3 GWh of electricity.

With the spectre of climate change at the world’s doorstep, many nations are turning to various renewable options to meet their energy needs. While there are many different types of renewable energy available, many cannot be predicted over long timescales since their generation largely depends on weather. One of the few exceptions is tidal power, a relatively new technology where electricity is generated using the largely predictable movement of tides.

Set up in 2016 with funding from the EU, the FloTEC project has sought to demonstrate the potential of floating tidal systems to provide low-cost, low-risk and reliable energy to the European power grid. To achieve this, it has launched the SR2000 turbine, considered to be the most powerful operating tidal stream turbine in the world.

In its first year of testing in the Orkney Islands, the 2 MW turbine produced more than 3 GWh of renewable energy. This amounts to more power than was generated by Scotland’s entire wave and tidal energy sectors in the 12 years before the SR2000 was launched in 2016.

The energy generated by the SR2000 in 12 months of full-time operation is enough to meet the annual electricity needs of around 830 British households. The turbine has intermittently also been supplying more than a quarter of the power needs of the Orkney Islands.

“The SR2000’s phenomenal performance has set a new benchmark for the tidal industry,” stated Andrew Scott, CEO of project coordinator Scotrenewables Tidal Power Ltd, in a press release posted on the FloTEC website. “Despite being an R&D project, and it being our first full scale turbine, its first year of testing has delivered a performance level approaching that of widely deployed mature renewable technologies.”

This year’s heavy late autumn and early winter storms in the North Atlantic served to further demonstrate the floating turbine’s ability to generate electricity in practically any weather conditions experienced around the Orkney Islands. The SR2000 withstood waves over 7 m high. It also managed continuous generation in seas with 4-m-high waves and maintained 2 MW rated power in seas with 2-m-high waves.

The turbine’s design features a number of innovations. These include 50 % greater energy capture through bigger rotors with a lower rated speed, high-performance blades and mooring load dampers. A further advance is the SR2000’s compatibility with the local supply chain and infrastructure, and full on-site access to all turbine systems through optimised platform configuration.

“The ability to easily access the SR2000 for routine maintenance has been a significant factor in our ability to generate electricity at such levels over the past 12 months, including over winter. In addition, accessing the SR2000 using “RIBs” [rigid-inflatable boats] and other similar types of low-cost vessel means that our operating costs and outage times are kept to a minimum,” Scott explained.

Next on the agenda for FloTEC (Floating Tidal Energy Commercialisation project (FloTEC)) is the construction of a 2 MW commercial production unit later in 2018. The unit will be tested in Orkney before being marketed. The project team aims to build on the success of the SR2000 to give impetus to a new industry based on a predictable renewable energy source.