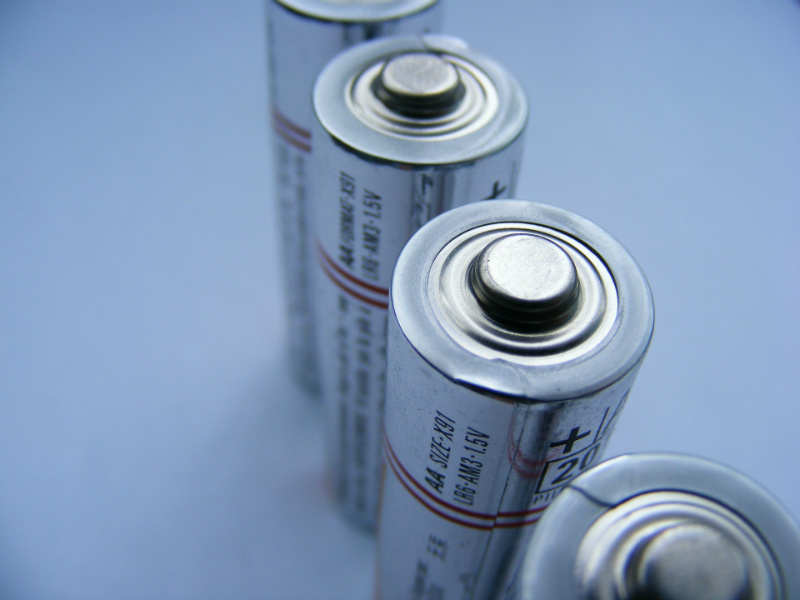 Australia is incredibly rich in the minerals required to make batteries; several companies have already started to cash in as demand for energy storage solutions and electric cars soars. So, which companies are leading the way and how are promising research projects progressing?

Australia is one of the most mineral-rich countries in the world, boasting large amounts of coal, uranium and iron ore.

But recently the focus has been increasingly on minerals such as cobalt, nickel and lithium. These are intrinsic elements of battery technology, demand for which is currently expanding dramatically thanks to an uptake in electric vehicles as well as a need for energy storage.

There has been a corresponding surge in research interest in battery technologies, as academics and companies work to develop the most efficient and economical storage solutions. The Association of Mining and Exploration Companies predicts that the lithium supply chain could grow to be a $2tn industry in Australia. But which batteries are leading the way?

The interest in battery technology has been growing for years, particularly given the recent rise in renewable energy production. Solar and wind power can only be generated intermittently, and thus requires storage to help balance the grid, as baseload fossil fuel plants come offline.

“As alternate technologies become commercially available and the cost of lithium-ion technologies continues to fall, I think the floodgates will open and we’ll see large deployments of energy storage in just about any application you can think of,” says University of Wollongong associate research fellow in battery R&D Jonathan Knott.

“Solar PV installations in Australia underwent a huge period of growth in the last 10 years so that now in 2018 there are 1.84 million installations across Australia. Many of these installations would benefit from a battery combined with the solar PV generation – at the right price point – so there’s a massive opportunity for adoption of batteries in Australia.”

The battery market is still dominated by lead-acid batteries, but this is on track to change as lithium-ion (li-ion) batteries increasingly become the norm. The global li-ion battery market accounted for $29.86bn in 2017, and is expected to reach $139.36bn by 2026.

Australia’s bountiful minerology has allowed it to take full advantage of the growing demand for li-ion technology. It not only produces 60% of the world’s lithium, but also extracts all of the minerals needed to produce the technology, with the exception of soda ash.

“Although many of the materials used in lithium-ion batteries are relatively scarce, difficult, expensive or damaging to mine – such as lithium, cobalt and nickel – the supply chains and manufacturing processes have had decades to be built and refined; the first commercial lithium-ion battery went on sale in 1991,” explains Knott.

The companies catching on

Companies have been quick to take advantage of the increased interest in battery technology, in particular in light of the successful Tesla mega-battery in South Australia. Installed in 2017, it is the largest li-ion battery in the world, with a capacity of 100MW. When fully charged it is capable of powering 30,000 homes for an hour.

“The Tesla ‘big battery’ has been a fascinating story on a number of fronts,” says Knott. “The fact that a relatively dry topic was able to dominate a significant part of the news cycles for weeks is a testament to the marketing power of Tesla and Elon Musk.

“This battery was designed to be used for a number of applications – including ‘firming’ the Hornsdale Wind Farm, providing frequency control and ancillary services (FCAS). These are specialised applications that are not necessarily directly applicable to commercial or residential consumers, however the value and impact of the awareness-raising the Tesla battery has had on these consumers should not be understated.”

Smaller Australian companies are also driving forward the battery revolution. Ecoult is focusing on a CSIRO-developed lead-acid/supercapacitor hybrid battery, while Redflow and VSUN Energy are both producing types of flow batteries.

“The fact that we now have an increasing consumer awareness of the potential for energy storage, from residential through to commercial and grid-scale applications, means that Australia is on the forefront of deploying energy storage technologies, and is often used by international companies as a testbed for their new products.”

However, there is concern that despite its great mineral wealth, not enough is being done to ensure that Australia benefits from the vast potential the battery market offers. A report by Future Smart Strategies, published in January, suggested that unless more is done to develop the total market value downstream, it could lose out significantly.
“It is crucial that action is taken quickly so Australia takes a share of the thousands of new jobs (skilled and semi-skilled) in this two trillion-dollar value chain,” the report says.

More to batteries than lithium

Research is underway at institutions including the University of Wollongong to develop alternative battery technologies. Despite its advantages, li-ion battery technology is also highly flammable, and subject to ‘thermal runaway’, or uncontrolled temperature increases.

“There are many different types of energy storage technologies that are being developed in Australia and worldwide,” says Knott. “As noted previously, lithium-based batteries have a near-monopoly on many of the applications and are essentially a hammer that is being used to crack every nut, however it is likely that these alternative technologies will be useful and desirable for particular applications.”

Alternatives include sodium-ion batteries, which can be produced using similar methods to li-ion, but they use none of the scarce elements necessary for li-ion; instead the abundance of sodium reduces the cost. Ultra-batteries combine aspects of lead-acid batteries with supercapacitors, in an effort to gain the benefits of both.

Flow batteries are also being pursued, which rely on liquid flowing through membranes to generate charge. “There are a number of advantages of this technology, including that these types of batteries are typically fire-retardant, which in turn makes them very safe,” says Knott. “In addition, it’s possible to increase or decrease the overall energy storage capacity of these types of batteries very easily – you can simply add a bigger container of the electrode liquids to give it more capacity.”

Meanwhile, li-ion batteries are far from perfect, and a number of research groups are working to advance the technology.

“Australia is a serious player on the world stage of energy storage materials research and development,” says Knott. “Australia is in the top 10 countries in the world for lithium-ion battery research outputs and the University of Wollongong is the leading Australian university in both lithium and sodium-ion research.

Australia’s great mineral wealth, along with the pursuits of companies and researchers, are allowing it to become a leader in battery technology. But to truly get ahead, the country must make sure it benefits from the entire value chain, pursuing the manufacture of batteries, as well as research and mining.

“Australia has the raw material deposits to make lithium-ion batteries entirely on our own – however the current strategy is to dig up materials and send them overseas to be processed into batteries,” says Knott. “This not only leaves significant value on the table, but it also leaves us beholden to other countries for our energy storage needs.

“There are two ways that this risk will be mitigated – through on-shore manufacturing of lithium-ion batteries, with plans for a manufacturing facility near Darwin recently announced, and by other technologies becoming more commercially feasible. One issue that will always be a problem is the high cost of labour in Australia, which makes the economics of onshore manufacturing difficult to work in any sort of manufacturing industry.”