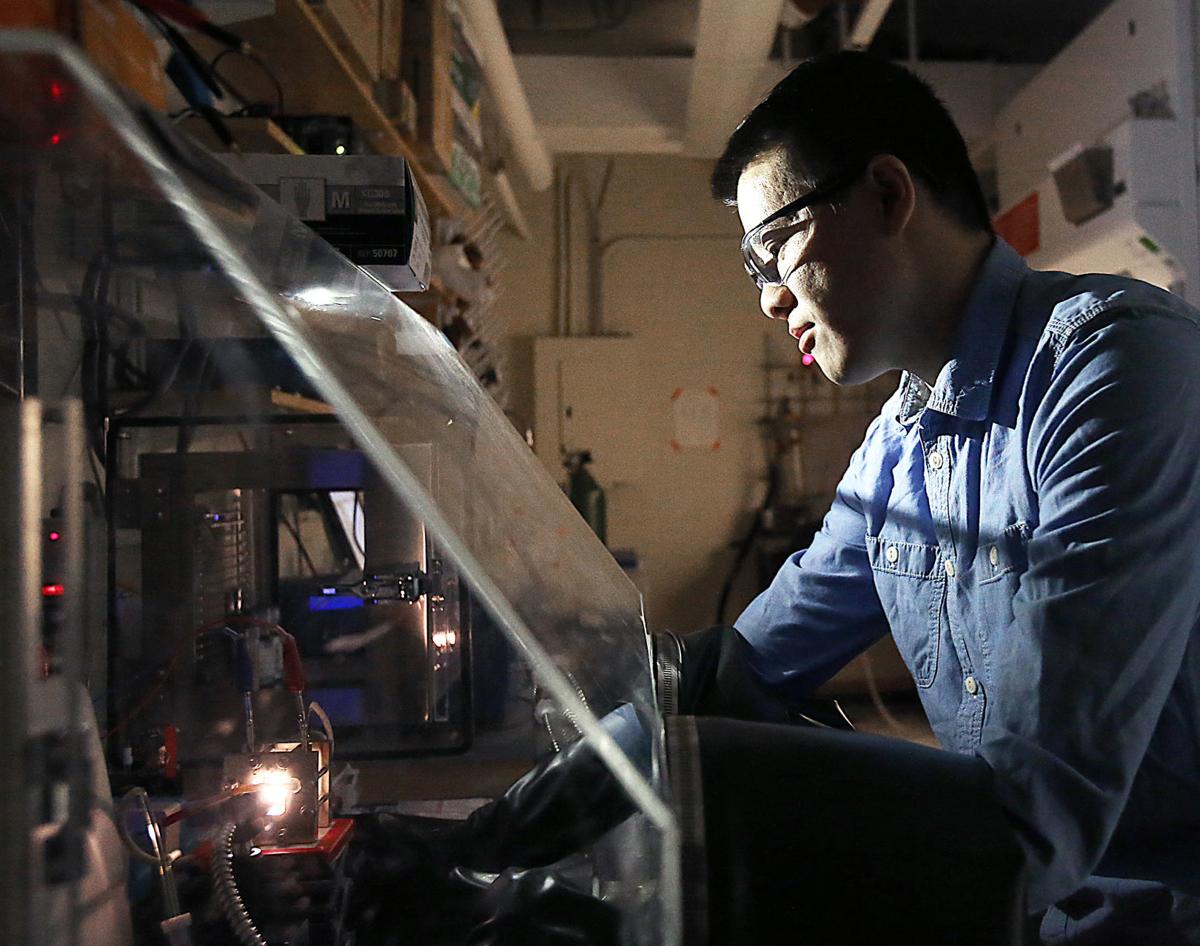 Researchers at UW-Madison have helped develop a new system that could make it easier to capture clean energy from the sun and deliver electricity in remote areas.

Jin and Li, who teamed up with a professor of electrical engineering in Saudi Arabia, detailed the findings of their research in a paper published last week in the journal Chem.

The record-setting 14.1 percent round-trip efficiency rate demonstrated in Jin’s lab on the UW campus is eight times better than the team’s previous efforts and on par with the efficiency of solar cells on the market now, with the benefit of being able to use the electricity any time.

Jin, 43, developed an interest in solar energy about 10 years ago.

Developing reliable renewable energy is one of the most important problems we face, Jin said, and the sun is the most abundant source of energy. Even fossil fuels, he notes, are solar energy captured over billions of years.

But while the sun’s rays are an abundant and clean source of free energy, solar electricity has been limited by a fundamental problem: The sun goes down at night and doesn’t shine as bright on cloudy days, yet people still expect their lights, televisions and computers to work on demand.

Companies like Tesla have sunk billions of dollars into developing storage, but lithium-ion batteries have limitations. Flow batteries, which store energy in liquid rather than metal, offer promising potential for bigger applications.