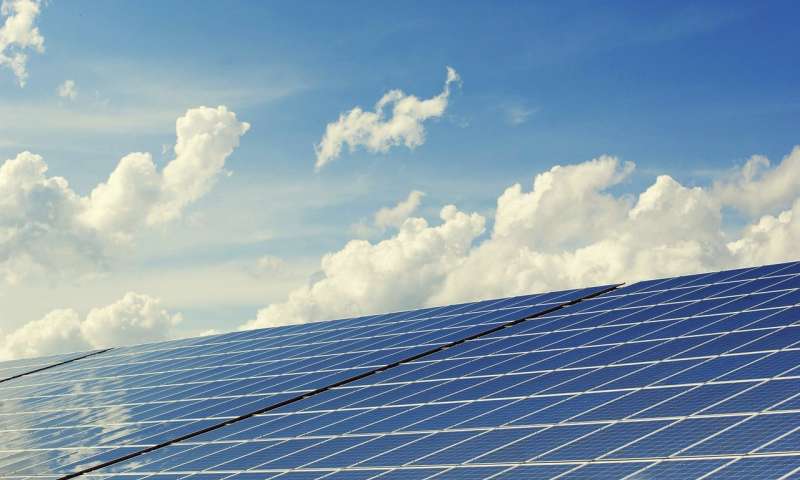 In his Ph.D. thesis, Alberto Berrueta has investigated the physical mechanisms that govern the functioning of lithium batteries and their influence on a battery that functions when connected to a renewable facility. He also explored the way in which these batteries degrade, and has proposed a new management system.

“The installing of renewable energy sources is becoming increasingly important across the world, and this trend is expected to continue over the coming years,” explained Alberto Berrueta-Irigoyen, researcher at the NUP/UPNA’s Institute of Smart Cities (ISC). “Renewable technology has in recent years overcome various technological pitfalls, and after achieving a competitive price with respect to conventional energy sources, the main challenge today is to manage its variable generation caused by fluctuations in solar radiation or wind. That is why the solution is to store the electricity produced in lithium batteries.”

The challenge involved developing precise mathematical models of the electrical and thermal functioning of the battery and its degradation, which Berrueta then incorporated into a mathematical optimizer that calculates the best way of managing the battery. “If it is used in an excessively intense way, it degrades more quickly. By contrast, if it is used in a way that is too relaxed, the benefit obtained is severely reduced. The algorithm seeks a compromise solution between the benefit obtained from the battery and its degradation,” said Berrueta.

For the tests, mostly carried out in the laboratories of the Electrical Engineering, Power Electronics and Renewable Energies (INGEPER) research group of the NUP/UPNA, he used a commercial 5.3 kWh (kilowatt hour) battery, developed for use in renewable energy systems. These tests served to quantify the precision of the mathematical models and to confirm that they functioned correctly.

Berrueta says, “While major companies such as LG or Tesla continue their hectic race to achieve cheaper cells offering better performance and which can be used for manufacturing batteries, the aim of the INGEPER research group I belong to is to position itself at the forefront of research relating to the ageing mechanisms that affect lithium batteries as well as the design of strategies for controlling and managing the battery or battery management system, which are key tools in the development of the lithium battery sector in Navarre.”

The applications of this research include, among other things, the development of optimizers that allow profits on the investment of large wind turbines and photovoltaic plants with lithium batteries to be maximised by means of the smart management of their operation; the design of a battery management system for light electrical vehicles (such a bikes and skateboards); the measuring of the most important features of the cells offered by various manufacturers for the purpose of selecting the most suitable ones for each application; and the reuse of batteries from the automotive sector by adapting them to the particular requirements of renewable generation plants.