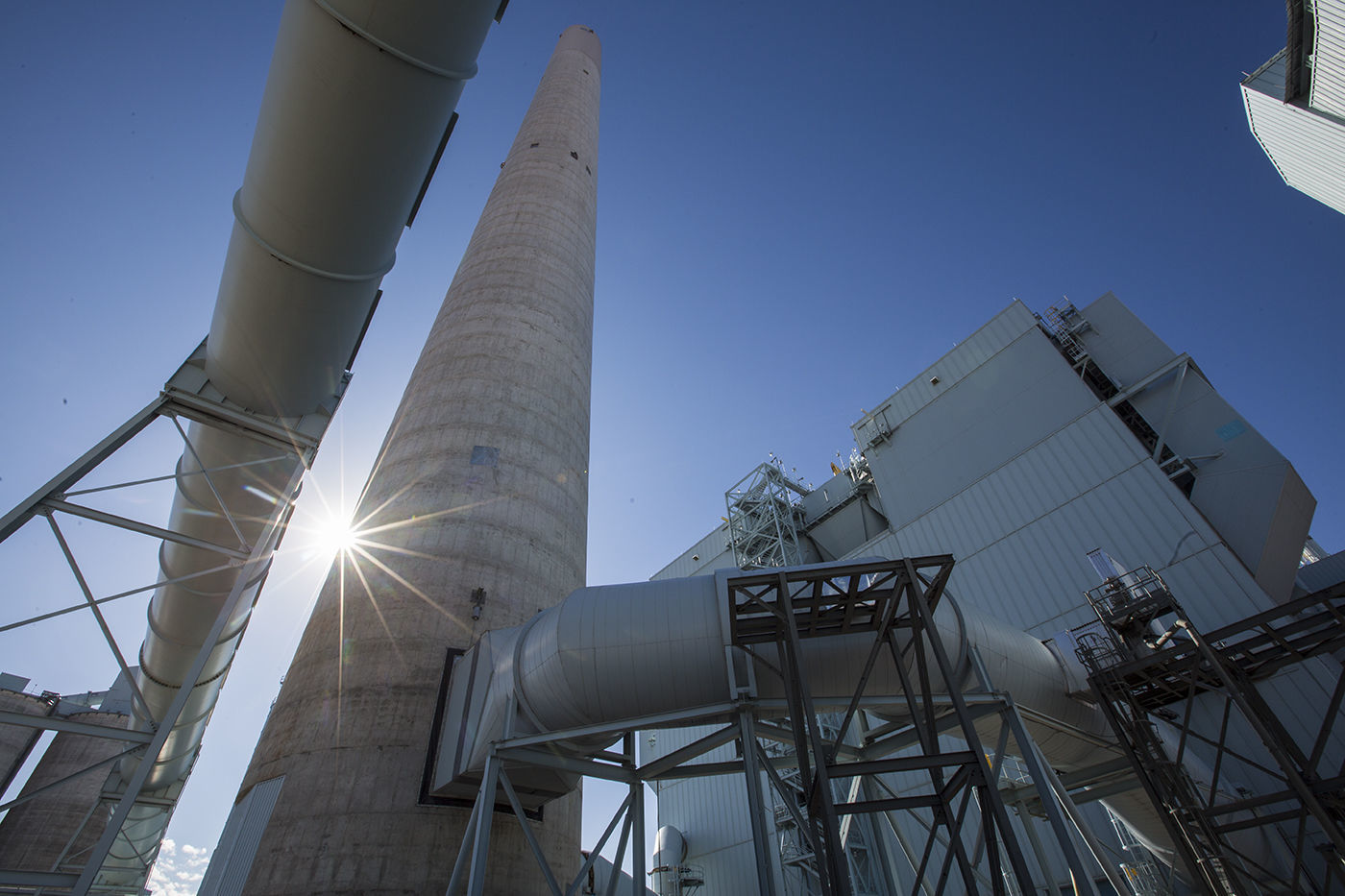 On a recent summer afternoon, Zoe Jane Morrison, a social scientist from the University of Aberdeen in Scotland, was driving around Gillette looking for office supplies.

She’s part of a team of researchers utilizing the carbon dioxide from the flue stream at the Basin Electric Dry Fork power plant near Gillette for other products. There is $10 million available from the NRG COSIA Carbon XPRIZE competition for the group that captures the most gas for the most value.

But the UK academics are also looking beyond the end of the Wyoming competition in 2020. Carbon Capture Machine recently filed as a Limited Liability Company in the state, with plans to utilize the state’s Integrated Test Center at Dry Fork, with skilled workers in the construction and maintenance industries, to launch their company.

The test center grew out of Gov. Matt Mead’s office, with $15 million in startup costs provided by the Legislature and financial contribution and partnerships from the utility and industries. Wyoming’s aim, which it achieved last year, was to build the largest carbon capture research facility in the country and foster the growth of a constrained industry that could help coal survive in a carbon sensitive world.

Of course when the Integrated Test Center was just an idea, coal was still doing quite well compared to today. Low natural gas prices were a threat that had yet to arrive and do damage to the coal-fired power market. One of the greatest threats perceived at the time was the Clean Power Plan, an Obama-era regulation out of the Environmental Protection Agency that aimed to cut carbon dioxide emissions from the power sector by 32 percent relative to 2005 levels.

It was predicted to end anywhere from 25 to 50 percent of Wyoming coal production.

A bust in the coal industry precipitated that regulatory storm as the state battled the Clean Power Plan in court. The national interest in carbon capture waned as more aggressive regulations on emitters of carbon dioxide like coal-fired power plants, grew in popularity.

And the test center edged towards completion with its first tenant: the NRG XPRIZE Competition.

Carbon Capture Machine is rooted in a decade of scientific research by founders Mohammed Imbabi and Fred Glasser at the university in Scotland. The business will look to create a range of products, both for existing markets and hopefully new ones.

For the competition, Carbon Capture Machine is creating precipitated calcium carbonate, a well-known material used as a feedstock in industries such as paper production.

Not yet, anyway. The company does intend to generate new markets, such as a magnesium carbonate for construction and another that is used as a fire suppressant. The firm has to in order to be viable, she said.

“There is a lot of carbon dioxide, so unless you are going to be able to manufacture a range of products, you are not even going to be touching the tip of the iceberg,” she said.

From carbon fiber to plastics, the possibilities are flowing out of power plants are numerous and the supply is nearly limitless. The Dave Johnston plant outside Glenrock produces more than 5.5 million metric tons of carbon dioxide equivalent every year, about 16,000 tons of the gas per day.

The economics have not always been easy.

The University of Wyoming, the governor’s office, the Legislature and the Wyoming Pipeline Authority initially focused on a market that would seem to fit well with Wyoming’s existing economy—carbon dioxide used to stimulate wells in older oil reservoirs.

The only successful utility-scale carbon capture project in the U.S. takes gas from the Petra Nova power plant in Texas and pumps it to nearby oil fields.

At a meeting before Wyoming lawmakers in 2017, officials from that project explained that they would be able to build that facility at much less with the advances made today, but that they had not yet reached the price for carbon dioxide needed to make it both viable for power plants and the oil industry. But it was close.

Carbon Capture has lost its appeal for many in the U.S. who now favor regulations that stopper emissions from coal power. The Petra Nova project received millions in federal assistance, as did a less successful attempt at mitigating carbon dioxide emissions in Mississippi; the Kemper Plant ended its $7 billion carbon capture attempt last year.

Criticism also persists in Wyoming, where some question public investment in the coal industry that’s being outcompeted for by cleaner, cheaper energy sources.

“You can get into all sorts of stuff about carbon dioxide and climate change, which is kind of taking you into the realm of do you believe do you not believe,” she said. “The real issue for us is you can take waste product that you can access for free and you can make it into something you can sell.”

As a small business, the larger fight over climate change isn’t an interest for Carbon Capture Machine. The economics, however, are.

Wyoming Integrated Test Center, the skills of existing labor force in Gillette, the business-friendly atmosphere of the state, even the local community college where Carbon Capture Machine — a business that grew out of academia—, are a launching pad for the Scotland team.

“Wyoming is committed to the CCU market. They have a world-leading facility. They have skills and they have ambition,” Morrison said. “Regardless of what people have said in the past (about carbon capture and utilization) Wyoming is really good news for us.”

Carbon Capture Machine’s founders are based in the U.K. They plan to utilize the local labor force as the business moves forward and will continue to utilize the Integrated Test Center irrespective of the competition.

The XPRIZE finalists are in the third round of the competition. Winners will be announced in spring of 2020.