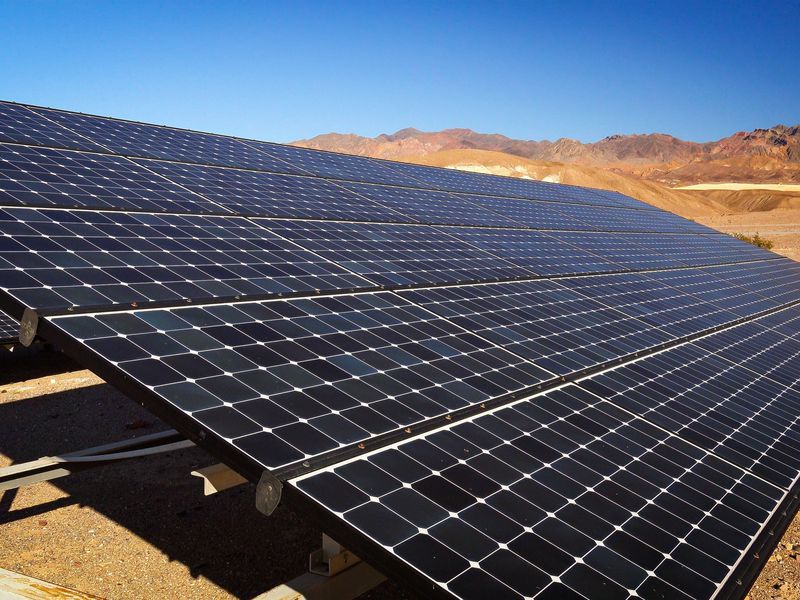 News about climate change has been grim this year. On Monday, Secretary-General of the U.N. warned that the nations of the world were falling behind on commitments to combat climate change, and that if things don’t improve by 2020, we risk facing a runaway climate scenario. That same day, the EPA announced plans to roll back limits on methane emissions, the third move by the current administration to de-regulate greenhouse gases this year.

But amid bad news, California leadership’s commitment to climate change action stands out. This week, as representatives from four continents gather in San Francisco for the 2018 Global Climate Action Summit, state governor Jerry Brown approved legislation mandating that all of the state’s energy come from clean power sources by 2045.

Senate Bill 100 was introduced by state senator Kevin de León (D-Los Angeles) and took nearly two years of wrangling before it passed both houses of the state legislature last month, Liam Dillon reports for the Los Angeles Times. On Monday, Governor Brown signed it into law, as well as a carbon neutrality executive order that commits the state to removing as much carbon dioxide as it emits from the atmosphere by the same date. “California is committed to doing whatever is necessary to meet the existential threat of climate change,” the governor said during the signing ceremony. “And yes, it is an existential threat. No matter what the naysayers may say, it is a real, present danger to California and to the people of the world.”

The legislation, which goes into effect in January, does not lay out a particular roadmap for reaching the goal. Instead, as Dillon reports, backers believe that just setting an ambitious target will signal to clean energy scientists and investors that there is huge market for their technology and will set off new rounds of investment and research.

The legislation obliges California to meet 50 percent of its energy needs with clean power by 2025 and 60 percent by 2030 before ramping up to 100 percent by 2045. Legislation in the state had previously set a goal of reaching 50 percent carbon-free energy by 2030, as Camila Domonoske of NPR notes, and California is already on the path toward its clean power goal, with an estimated 32 percent of retail energy produced by renewables.

However, getting to 100 percent or even 60 percent will be a challenge. That’s because when the sun isn’t shining and wind power is inconsistent, on-demand gas power is still needed to meet energy needs.

The solutions are big budget items, like a smarter electricity grid and the development of new high-capacity electricity storage systems, similar to the one deployed last year in Australia. In a press release, the California Energy Storage Alliance, an advocacy organization, estimates that the state will need to procure an additional 9,604 megawatts of storage capacity to meet its needs.

But there are other technological problems on the horizon, explains Lauren Sommer at KQED. The transition from fossil fuels to renewables will destabilize energy markets and cause plenty of headaches as new technologies are developed and brought online and old ones are phased out.

Whether the 100 percent goal is too ambitious is another matter on the table. “You can do a lot with wind, solar and storage technology, but it’s very difficult to squeeze the last bit of gas generation out of the system,” Matt Barmack of Calpine, who owns several natural gas generator facilities, tells Sommer. “How far do we really want to go. Is 95 percent enough, given that 95 percent is likely to be a lot less expensive than 100 percent?”

Assemblyman Jordan Cunningham (R-San Luis Obispo) told Bill Bradford at Capitol Public Radio last month after the bill passed the lower house of legislature that those types of issues need to be addressed more explicitly. “I accept science. I think climate change needs to be addressed,” he said. “But other things have to be addressed too, including economics. I ask you to hit the pause button. Let’s go back to work on this. Next year let’s enact something that the entire world will look at as a model.”

Before California, as Anne C. Mulkern of ClimateWire reports, Hawaii passed a very similar piece of legislation two years ago mandating 100 percent clean energy by 2045. Like California, the law was short on details. “When they passed the law, they definitely had no idea how it was going to work. Even today, we’re still trying to figure it out,” Earthjustice attorney Isaac Moriwake, who represents the Hawaii Solar Energy Association, tells Mulkern. But Moriwake says that’s to be expected. “The magic of the RPS [renewable portfolio standard] is you set the goal. You send a clear signal to the market that we’re headed for that destination, then the market and the technology does the rest.”

Now that California is on board, both states’ progress will be watched closely. Christian Roselund, reporting for PV magazine, which covers the solar power industry, points out that California, in particular, which is home to some 40 million people and is the fifth-largest economy in the world, is an environmental policy leader. When the state passed its target of 50 percent clean power by 2030 back in 2015, New York and New Jersey followed with similar legislation shortly thereafter. Nevada and Arizona are set to vote on similar 50 percent by 2030 mandates this November.

Ethan Elkind, director of the climate change program at the Center for Law, Energy & the Environment at the University of California, Berkeley, tells Mulkern that the success of the clean energy legislation in Hawaii and California will determine whether other states will follow suit. “For the country as a whole it shows the laboratory effect of having states take the lead on this issue,” he says. “As Hawaii and California take the lead, it will provide examples of how it can be done for other states, both good and bad.”