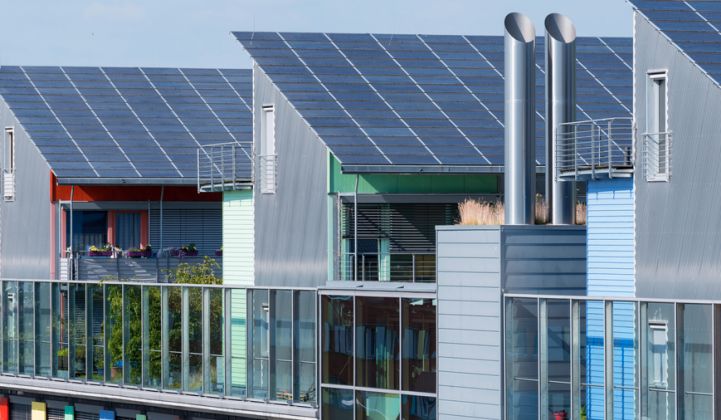 In the U.K., solar broke the record for weekly output between June 21 and June 28, producing 533 gigawatt-hours of energy. The spike in output led solar to take over from gas as the number-one energy source in the country, said the European PV industry body SolarPower Europe.

In July, solar also reached a new high in Germany, with a record 6.17 terawatt-hours of production, SolarPower Europe said. Further north, Denmark registered 361 hours of sunshine in May. This led to an increase of 33 percent in solar electricity production, smashing previous records.

And in the Netherlands, a sunny July saw 75 percent more solar power generation than in the same month last year. “Across Europe, records came tumbling down,” observed SolarPower Europe CEO James Watson in a press note.

“One of the side effects of this year’s heatwave has been a record amount of solar electricity production,” he said. “In country after country, solar has set impressive new milestones.”

“In France and Germany, coal and nuclear power plants had to be powered down as they could no longer use the huge volumes of water needed to cool their power stations, resulting in intermittent supply,” she said.

Solar kept Europe’s power grids stable as the output from these thermal plants flickered, she claimed.

While most of the credit for solar’s record-breaking performance in Europe this summer went to exceedingly hot and dry weather, which in turn was said to be linked to global warming, it is also true that Europe now has more solar capacity than ever before.

Capacity growth alone may have accounted for most of the records set this summer, said Josefin Berg, research and analysis manager for solar and energy storage at IHS Markit. “If more is getting installed you’re going to get more production, right?” she said.

Furthermore, hot weather would degrade PV performance rather than improve it, she said. At the height of the heatwave in July, even parts of the Arctic Circle saw temperatures rise above 30ºC.

In practice, SolarPower Europe communications director Kristina Thoring told GTM, the cause of this year’s solar records varied from country to country.

“In the Netherlands, it was the increased capacity buildout combined with the remarkably sunny weather that led to a new solar record,” she said.

Whatever the cause, it looks as though next summer might bring a fresh crop of solar records across Europe.

With costs hitting an all-time average low of €43.30 ($50.35) per megawatt-hour in Germany’s latest solar tender, in December 2017, and the European Commission ending five years of trade barriers on Asian panels, the industry is braced for increased growth.

“Europe has been in a transition phase over the last couple of years,” Thoring said. “We are now entering the next growth phase, as the European Union has agreed on a number of positive legislations which will mean increased deployment of solar.”

The growth in installed capacity is likely to result in further records of solar power generation across Europe, she said.

SolarPower Europe expects Germany alone to add more than 2 gigawatts of capacity this year, putting it back at the level seen during the country’s solar boom half a decade ago. French installations are also expected to breach the gigawatt barrier this year.

According to SolarPower Europe’s medium growth scenario, the total installed solar capacity across Europe could rise to 116 gigawatts this year and 129 gigawatts in 2019.

Germany will surpass 45 gigawatts of solar this year, and next year Italy and France will hit 20 gigawatts and 10 gigawatts, respectively.

Wood Mackenzie Power & Renewables solar analyst Rishab Shrestha commented: “Solar as a share of generation will certainly increase in the future given the capacity forecasts.”