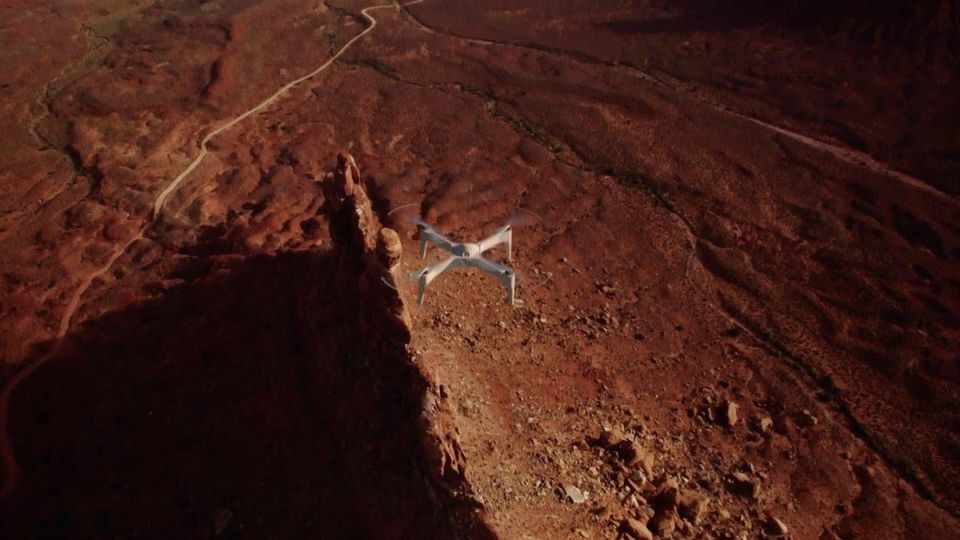 The question that Impossible Aerospace wanted to answer was: “What happens if you take the electric vehicle revolution and apply it to other industries?” That’s according to CEO Spencer Gore, who is taking his company and unveiling a new battery-powered quadcopter drone in Las Vegas today.

The reason Gore and his team approach flying drones in this way – the company’s official term for it is a “battery-first approach” – is because some of them were battery engineers at Tesla. Some were also motor engineers there or worked at SpaceX, and Gore said it was this outside thinking that helped them create an electric drone called the US-1 that can fly longer than most others, four times greater than the industry average, the company says. That means a flying time of about two hours instead of around half an hour for other electric drones.

“What we’re trying to do here is build the highest-performance aircraft that electric propulsion will allow,” he said. “What that really means is a rethinking from the ground up of what an aircraft should look like if it’s electric, and that is a flying battery. I realized quite early on that in order to make battery-powered aircraft possible, you had to build something that was basically 70-percent battery, by mass.”

So far, that strategy seems to be working. As part of its public announcement today, Impossible Aerospace said it has raised $9.4 million in Series A funding, backed by Bessemer Venture Partners, Airbus Ventures, and Eclipse Ventures. Impossible Aerospace says that is has already started selling drones equipped with optical and thermal sensors to firefighters, police departments, and search and rescue teams in the U.S.

Batteries are obviously heavy, which is a challenge when you want the vehicle they’re in to fly. Gore said that Impossible Aerospace’s approach was to basically build a battery pack that flies.

“There has been a lot of research done before on how do you create a battery cell that doubles as structural, but that’s not what we’re doing,” he said. “Instead, we realized that you can make battery packs that are structural, that integrate safety technology at the pack level to deal with the unpredictable characteristics of the lithium-ion battery. Our vehicle will be made with lots of really small cells, just like Tesla’s battery pack is made of really small cells, and we use those as structural building blocks for our aircraft.”

Impossible Aerospace was founded in 2016 and has its headquarters in Sunnyvale, California.