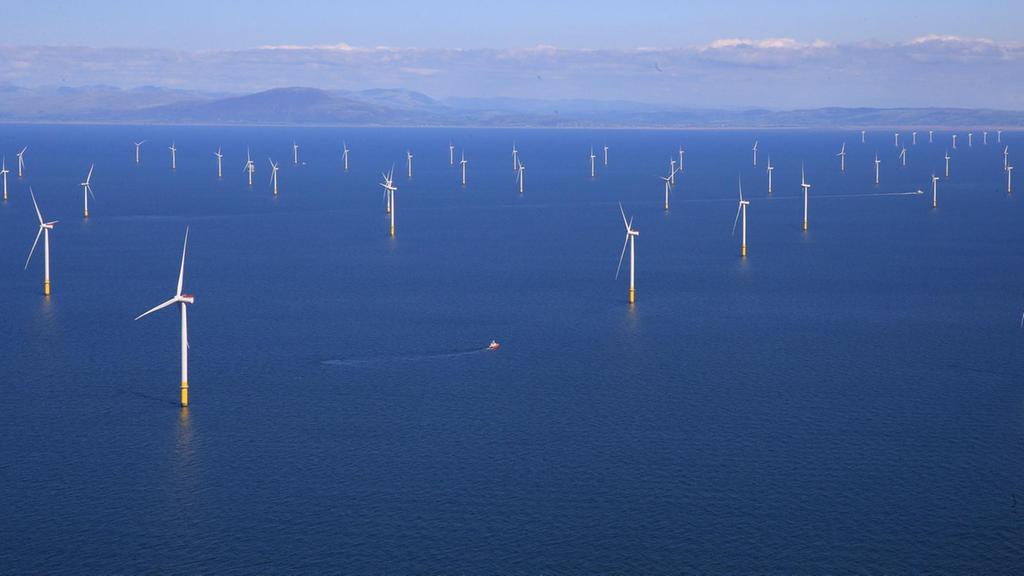 Orsted unveiled the world’s largest offshore wind farm, an 87-turbine complex in the Irish Sea covering an area more than double the size of Manhattan.

The Walney Extension off the coast of north-west England has a generating capacity of 659 megawatts and is capable of powering 590,000 homes, according to Danish company Orsted, the world’s biggest developer of offshore wind farms.

MHI Vestas Offshore Wind and Siemens Gamesa Renewable Energy provided the turbines for the project that began construction in August 2015. The Vestas 8-megawatt turbines stand 195 metres tall while the 7MW version by Siemens is 154 metres from sea level to blade tip, according to Bloomberg.

Masdar, the Abu Dhabi clean energy company, is a partner in the giant London Array with a 20 per cent share. London Array is a 175 turbine 630 MW Round 2 offshore wind farm located 20km off the Kent coast in the outer Thames Estuary.

Walney uses less than half the number of turbines over a larger area to generate more power.

Orsted sold 50 per cent of Walney to a group of Danish pension funds in November 2017. The UK currently operates 1,837 offshore wind turbines with an operational capacity of 7.1 gigawatts, according to trade association Renewable UK.

The National reported how Masdar inaugurated its third such UK facility, the 402-megawatt Dudgeon Offshore Wind Farm in November last year, supplying energy to 410,000 homes in the country. Masdar’s partners in the venture are Statoil and Statkraft of Norway.

Masdar has a 35 per cent shareholding in Dudgeon alongside Statoil, also with 35 per cent, and Statkraft with 30 per cent.

“Together with London Array and Hywind Scotland, it also positions the UAE at the forefront of the United Kingdom’s drive to meet its domestic power demand through clean energy sources. The increasing cost efficiency of offshore wind technology is unlocking substantial commercial opportunities for the wider energy sector, as illustrated by the success of Dudgeon.”

Dudgeon’s first wind turbine started up in January. All 67 turbines are now operational, generating 1.75 terawatt-hours of electricity per annum while displacing an estimated 893,000 tonnes of carbon dioxide annually, which is the equivalent of taking around 190,000 cars off the roads, Masdar said.