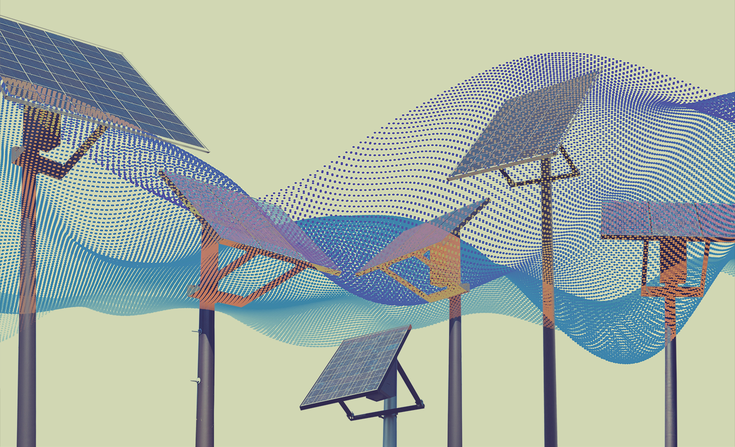 The fast-growing solar market had a win this week with California’s historic news of major progress towards legislating 100 percent carbon-free electricity by 2045. According to the International Renewable Energy Agency (IRENA), the globally installed solar capacity has reached 290,000 MW (the equivalent of about 483 coal plants).

But it does not come without consequences. As the solar market expands and competition drives down the cost of photovoltaics, IRENA estimated that the industry will produce 78 million tons of waste by 2050. For most growth-oriented solar companies, mitigating their end-of-life impact isn’t an obvious priority — at least not yet.

“With degradation, solar panels last about 25 years, so it will be about 10 years until the industry has to solve this problem at scale,” said Peter Kelly-Detwiler, principal at Northbridge Energy Partners. Ten years could feel far off to plan for the end-of-life of products with a relatively low resale value, particularly given the rate of solar panel technology improvement.

Most solar panels are made from glass, polymer, aluminum (frames), silicone, copper and less than 0.1 percent of silver, tin and lead. According to a recent GreenBiz article, manufacturers are finding ways around using components that would have value to recyclers, such as copper and silver. However, some photovoltaic companies are planning ahead for this future market and positioning themselves for the predictable stream of decommissioned panels.

Solar panels last about 25 years, so it will be about 10 years until the industry has to solve this problem at scale.

Leading the industry, First Solar, one of the largest solar providers in the United States, has offered recycling for its products since 2005. According to Sukhwant Raju, the company’s director of recycling operations, “Our company has over 100 million modules out installed … As the time passes, our technology cost is coming down, but at the same time, the volume of the scrap increases. So that gives us economies of scale.”
The process is still pretty crude: Mechanically shredding and crushing the panels, then chemically separating out the more valuable materials at one of their recycling facilities in the U.S., Malaysia or Germany, along the way, First Solar recovers 90 percent of the silicon conductor for future use and 90 percent of the glass for other products.

With improved recycling technologies, some estimates project that companies will be able to recover $13 worth of metals per module, according to Meng Tao, an engineering professor at Arizona State University.

The broader U.S. industry is just beginning to catch on, and the Solar Energy Industries Association (SEIA), a trade group representing solar power companies and photovoltaic manufacturers, recently established a PV Recycling Working Group to train and equip the industry and approved ECS Refining and Cleanlites Recycling as recycling partners.
As it does with most circular policies, the European Union leads in legislating closed-loop photovoltaic practices. Requiring manufacturers to finance end-of-life recycling for solar panels sold in Europe, the EU established the Waste Electrical and Electronic Equipment Directive in 2017. Although Washington state passed similar legislation last year, it’s unlikely that the United States will follow Europe’s policy-driven path to a circular economy.

Many sustainability executives have asked me, “Isn’t circular economy just a new word for sustainability?” The uncertain path for retired photovoltaics offers just one example of a “clean” energy solution without a clear answer for how to fulfill its sustainability promise at the end of life, and a clear distinction between the two often misused terms.

While the end-of-life market for photovoltaics remains nascent, it begs the question: Do today’s cleantech investments ensure long-term sustainability?