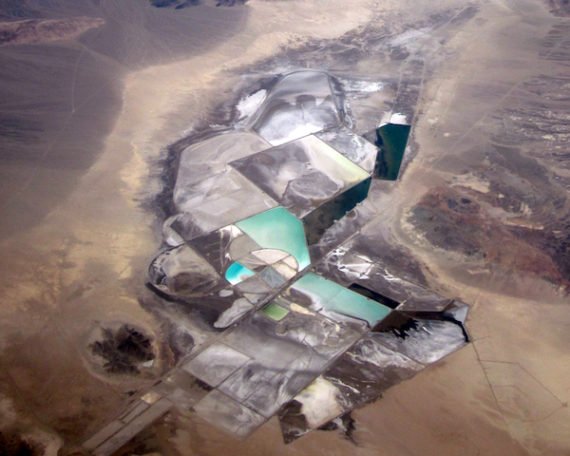 The energy storage sector has been growing robustly, despite some concerns about the global supply chain for one key material, lithium. Well, that question could soon be moot. The California-based startup Lilac Solutions has just received a major financial boost for an innovative, low-impact method for extracting lithium from abundant brines around the globe.

Diversifying the global supply chain could help alleviate one source of anxiety for US energy policymakers. Currently, the top lithium producers are concentrated in a relatively small number of countries overseas, and uncertainty over President* Trump’s trade policy has layered another layer of complexity onto an already fraught situation.

For those of you new to the topic, lithium-ion technology is the gold standard for energy storage today. A more diverse field of options is beginning to emerge, but for now lithium is powering everything from smart phones and electric vehicles, on up to utility-scale batteries for grid use.

Though the reserves are mostly concentrated in just a few countries, lithium is relatively abundant. The primary source is salt brine, and the conventional extraction process is based on evaporation.

Last week, Lilac Solutions was among three startups selected for investment by the non-profit organization PRIME Coalition, which focuses on a high tech approach to manage climate change.

The company’s new technology addresses a couple of key issues involved in conventional lithium extraction. Lilac describes the problem in a nutshell:

…The conventional process for extracting lithium from brines requires large evaporation ponds that are vulnerable to weather, large quantities of chemical inputs, and long periods of time for construction and processing. This conventional process also suffers from low lithium recovery and cannot access new lithium resources in the US and around the world…

Got all that? Lilac has developed a modular technology that can be scaled up (or down, presumably) in reaction to market trends.

The key to Lilac’s technology is ion exchange. Lilac has identified a group of high performance materials that can absorb and release lithium from brine quickly and in high concentration, while requiring less water than conventional methods.

In contrast to a months-long wait involve in conventional brine evaporation, the Lilac process takes a matter of hours.

Lilac also makes the point that its materials can function efficiently with brine sources that conventional extraction methods can’t access, due to the presence of calcium, magnesium and other interfering substances.

In addition, Lilac anticipates that its technology can be used on low-concentration brines that would otherwise be uneconomical to process.

The PRIME investment follows a “highly competitive” award of $150,000 Lilac received from the US Department of Energy last year under its Small Business Research (SBIR) grant program.

Lithium actually has a variety of uses other than energy storage, but Lilac focused squarely on the battery angle (break added for readability) in its grant application:

Electric vehicles are creating unprecedented demand for lithium. Most lithium is produced from brine resources. Conventional methods for extracting lithium from brines suffer from low lithium recovery and cannot access the expanded resources needed for mass adoption of electric vehicles.

The Department of Energy has supported a great variety of projects related to battery R&D, manufacturing, and deployment, and many of these projects rely on a secure and sustainable supply of lithium.

If Lilac’s technology is beginning to sound like a more environmentally friendly way to ramp up the energy storage supply chain, that’s no accident.

Founder David Snydacker was doing energy storage research as a PhD student at Northwestern University when he began focusing on ways to avoid the impacts of conventional lithium production.

Here’s Northwestern’s take on the project:

Lilac Solutions plans to pump brine directly from a brine reservoir into a tank filled with materials specialized for ion exchange. When the brine filters through the material, it releases lithium to be collected. The remaining salt waste will be drained directly back into the brine reservoir. This streamlined process bypasses the need for the brine to be transported to evaporation ponds and eliminates the toxic salt piles that result from the conventional process.

Northwestern also notes that the Lilac process could be powered by electricity generated on site.

What About Free Trade?

CleanTechnica is checking in with Lilac to explore that on-site electricity angle and see if the company is ready to pinpoint likely areas of application, so stay tuned for more on that.

In the meantime, the global lithium picture is about as complicated as it can get.

Only a handful of countries currently account for the majority of global lithium production, and some analysts are concerned that a supply bottleneck will curb the growth of the electric vehicle market. Others are predicting a lithium glut, so who knows?

The US has major lithium deposits but it has been slow to develop them. That could change pretty soon. One major lithium operation has already been linked to Tesla’s EV factory in Nevada, and the same state could host another big lithium outfit by 2022 if all goes well.

As for the global supply, some of the President’s policy chips are falling on the side of energy storage. For example, Australia and Argentina are among the world’s top lithium producers, and they were also among the handful of countries exempted from Trump’s new steel and aluminum tariffs last spring.

The picture is not as reassuring when it comes to Canada, where the President’s trade tough talk has reached explosive proportions. Canada is not currently listed among the world’s top lithium producers, but it does have strong reserves that mining companies are on the verge of tapping. That should become a major advantage for the US energy storage supply chain — or not, if Canada decides to ship its lithium elsewhere.

It’s also worth noting that several Canada-based mining companies have lithium interests in the US and Chile, which is another top lithium producing country.

China also has a heavy hand in the global lithium market, and China based companies have been gobbling up lithium resources in Argentina.

Rounding out the geopolitical picture is the new Asia-Pacific trade deal signed by 11 nations last spring. The roster includes Australia, Canada and Chile.

Conspicuously absent from the trade deal was the USA. Trump pulled his country out of negotiations last year, so go figure.