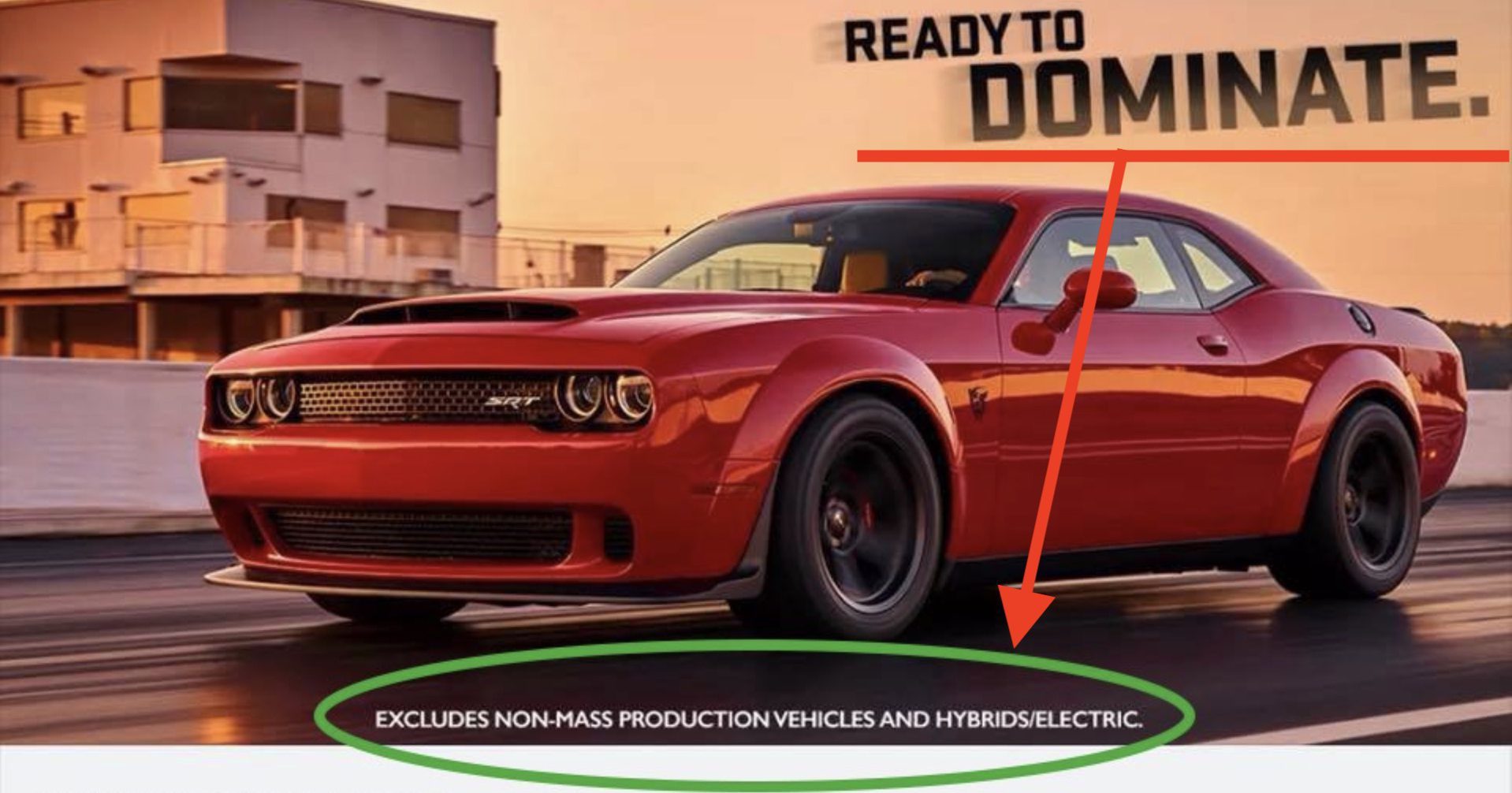 That’s partly because automakers are still simply not advertising their electric vehicles as shown by a new study.

The Sierra Club and the Northeast States for Coordinated Air Use Management (NESCAUM) have an interesting annual study of advertising instances and spending for electric vehicles by automakers.

The last one showed that they are pushing to sell EVs significantly less than gas-guzzling cars, and are not spending a lot of money to try to educate the public about electric propulsion.

It’s an issue because the lack of awareness is surprisingly still the biggest problem for electric vehicle adoption, as surveys have shown.

In a new update to the study released last week, it shows that the automakers that they tracked (General Motors, Ford, Toyota, Nissan, Volkswagen, and Fiat Chrysler) are still not spending much to advertise their electric vehicles – despite trending a little higher in some instances:

“The report, which looks at 2017 automotive ad spending, shows that in California and Northeast markets as well as in nationwide ads, FiatChrysler didn’t advertise the electric Fiat 500e at all, and Volkswagen didn’t advertise the eGolf at all either. When examining data from California and the Northeast, Nissan, Toyota, and Ford also spent NOTHING on ads for the plug-in Leaf, Prius Prime, Fusion, and C-Max Energi, respectively.”

Here’s a comparison of Nissan’s ad spending on the Leaf versus the Rogue in the US: 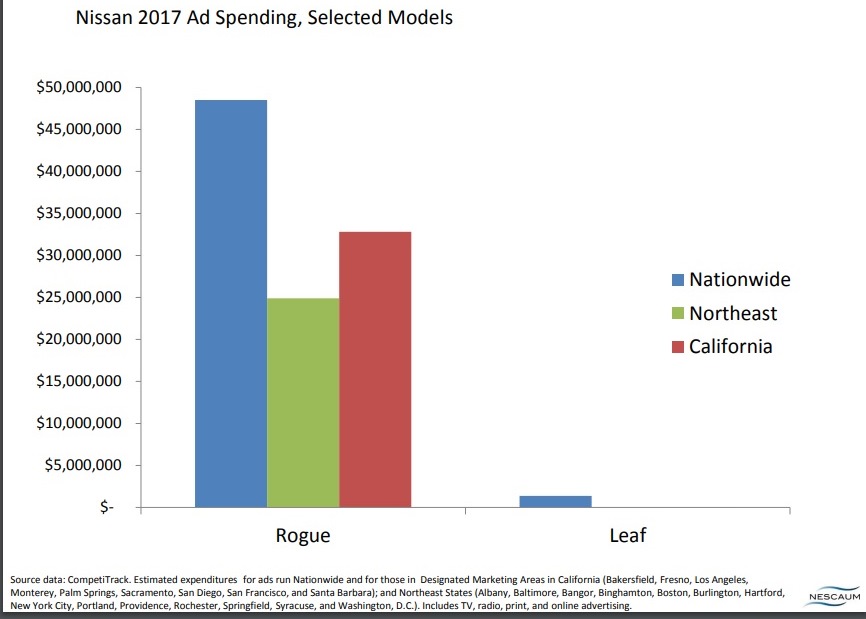 When looking at plug-in hybrids, we are seeing similar situations for Ford and Toyota with their respective vehicles:

One silver lining is GM with the Chevy Bolt EV. We are still not talking about incredible ad money in total spending like they spend on their trucks, but it is nonetheless starting to add up to a decent amount in CARB states at least:

“Chevy, which appears to have spent more than any other company on EV advertising, spent roughly $16 million in total advertising for the Bolt, looking nationwide and specifically in California and the Northeast — the markets where the “zero-emission vehicle mandate” is in place that requires automakers to sell increasing numbers of EVs.”

That’s actually a lot of money per car when you consider that GM only delivered about 23,000 Bolt EVs in the US last year. 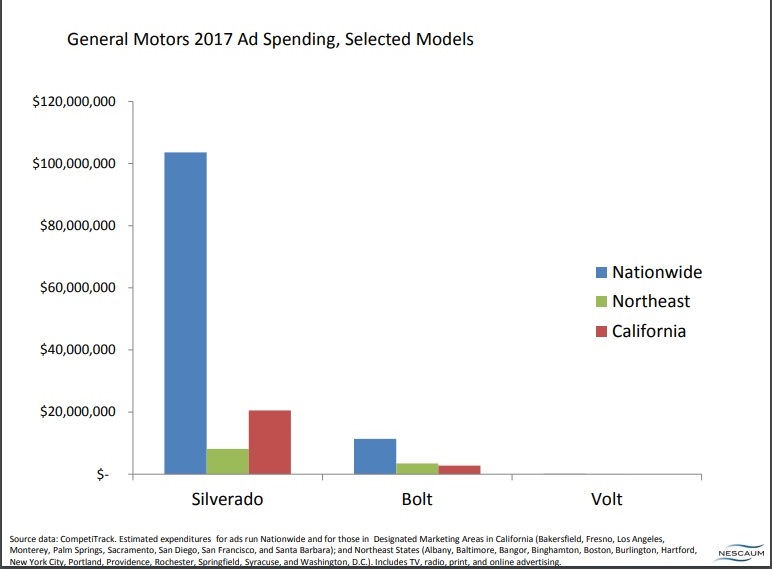 That adds up to about $700 in advertising per car for the Bolt EV. In comparison, GM delivered over half a million Silverado trucks in the US last year, which results in just over $200 in advertising spending per truck.