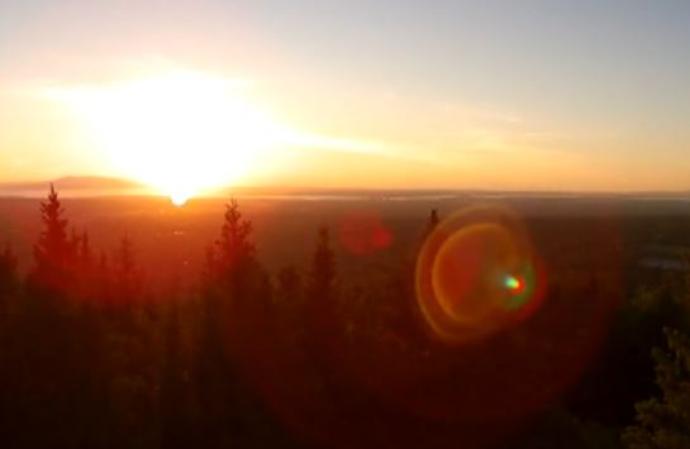 If you write the checks and swipe the cards to stay warm and keep the lights on in the winter, you know that energy in Alaska can be pricey.

However, the University of Alaska Center for Economic Development – along with the University of Alaska Anchorage Business Enterprise Institute – reports that while Alaska has the highest per capita energy expenditures of any state, renewable technologies that are uneconomical in the Lower 48 can and often do make financial sense in the Last Frontier. Solar power is one of those options.

“A lot of people think solar power and Alaska, or anywhere in the Arctic, don’t go together,” said Dr. Erin Whitney, a research professor at the Alaska Center for Energy and Power. “But the truth of the matter is, we do have a viable solar resource up here.”

Stephen Trimble, CEO and founder of Alaska-based Arctic Solar Ventures, said that there are many misconceptions out there about solar energy and that a lot of the issues can be solved through education.

“Between the spring and fall equinox, we have more than twelve hours of daylight, so more than we think,” Trimble said. “In the winter, production in December and January is only about 10 percent of a peak summer month, and that also happens to be the time we have snow on our rooftops as well.

“So what you lose by snow coverage isn’t a lot,” he said.

Whitney explained the process of light becoming energy as follows: Sunlight comprises photons, which are essentially little packets of light. When those hit a solar panel – a semi-conductor material – the photons knock electrons off of atoms. And when those electrons are knocked off and routed through a circuit, you have electricity.

“The solar industry has expanded tremendously nationally,” Whitney said, “and Alaska is certainly following that trend. We’re easily doubling in installed capacity here in Alaska just in the last year or so.”

Trimble said that over the past few years, he’s noticed a tremendous increase in requests for solar panel installation. In Arctic Solar Ventures’ first year, the company installed about 100 panels; in its second, there were 300; last year, 1,000 panels were installed, and only halfway through the install season in 2018, ASV has already surpassed that.