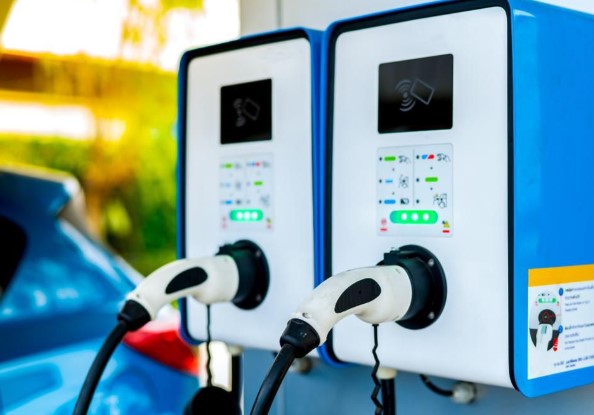 Just as the price of gasoline varies from one part of the country to another, so too does the cost of running an electric vehicle.

While that’s not exactly life-changing cash, keep in mind that the above estimates are limited to an average resident’s daily commute, which can vary by city. According to the U.S. Department of Transportation it’s a national average 15 miles each way. Those estimates don’t include weekend driving, running after-work errands, and such, so the aggregate savings of owning an EV can be greater depending how much it’s driven

According to the Environmental Protection Agency’s fuel cost calculator, a Chevrolet Bolt EV with a 238-mile range that gets the equivalent of 119 mpg will cost the average owner $550 a year to drive 15,000 miles annually. By comparison, it will cost $1,350 a year to keep a Toyota Corolla that’s rated at 32 mpg running for that many miles with gasoline priced at $2.83 per gallon. That’s an estimated difference of $4,000 over a five-year ownership period.

Still, a new electric car remains costlier to purchase than a similar gas-powered model, which can offset any savings at the pump. A 2018 Nissan Leaf EV is priced from around $30,000 to $36,000, versus just over $19,000 to about $27,000 for the aforementioned Toyota Corolla. Plus, many EV owners find it necessary to spend a few hundred dollars to have a dedicated 240-volt line installed in their garages to take advantage of much-quicker charging times.

A $7,500 federal tax credit remains in place to help sweeten the deal for EV buyers, which effectively cuts the cost of the above Leaf to around $22,500-$28,500. However, because these credits are limited to a set number of units sold per automaker, they’ll begin phasing out this year for models sold by Chevrolet (Bolt and Volt) and Tesla (Models S, X, and 3).

While a few of the latest electric cars can run for well over 200 miles on a charge, if you have a modest commute, used EVs with a range of close to 100 miles aredirt cheap on the resale market. We found several three-year-old Nissan Leafs with an estimated 84-mile range, for example, listed on Autotrader for around $10,000-$13,000 in the Chicago area, depending on the trim level. An albeit larger selection of 2015 Toyota Corollas were listed for around $13,000-$16,000.

At any rate, if you can live with an EV’s range limitations, Cresent Electric’s data suggests commuters in each of the nation’s largest urban areas can save money – it’s a national average $135.36 per year – by running on electricity, rather than gasoline.