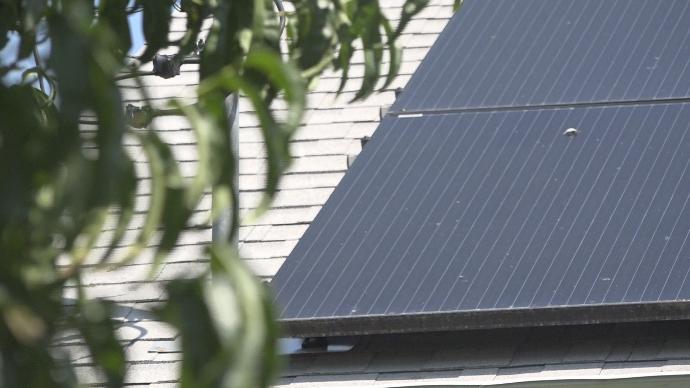 Solar panels are a growing trend throughout the United States. In Springfield, officials with City Utilities say the number of customers using solar has grown “dramatically” within the last two to three years.

“Our Net Metering Program which allows customers to install solar to connect to our system has grown dramatically in the last two to three years,” Cara Shaefer, Director of Energy Services and Renewables with City Utilities, said.

“We’ve been online and looked at different magazine shows that talk about solar and things like that,” Huizar said.

Solar panels are placed on different parts of their roof line. They became part of the Net Metering Program. Through that program, they have been able to generate extra kilowatt-hours of energy to sell back to City Utilities as well.

“We got credit for 258-kilowatt hours in the last bill that we got,” Mustard said.

Shaefer says each kilowatt-hour retails for $.10. Once the customer generates more than they use, they receive around $.03. She said they use the other $.07 to fuel the program.

“2/3’s of it is made up of our transmission and distribution costs,” Shaefer said. “That is everything behind the meter to make sure that we can provide power, when they need it, taking care of the line, the meters and everything.”

Mustard says so far the system is paying off. They have saved money.

However, Shaefer says you must do your research if you plan to switch to solar. She has noticed there are some misconceptions out there.

“I would just say if you are seeing or being told you are going to have a payback of less than 10 years you should probably take a look at those numbers again,” Shaefer said.

Here are some tips/ questions to ask:
-Will it add to the overall value of your home?
-Can your roof support solar panels?
-Research the company
-Look at how much sun your roof gets each day
-Do your math, check the numbers of how much it will cost you

Shaefer says solar panels are a longterm investment. If you would like those with City Utilities to go over the numbers with you, contact them at 417-874-8200.