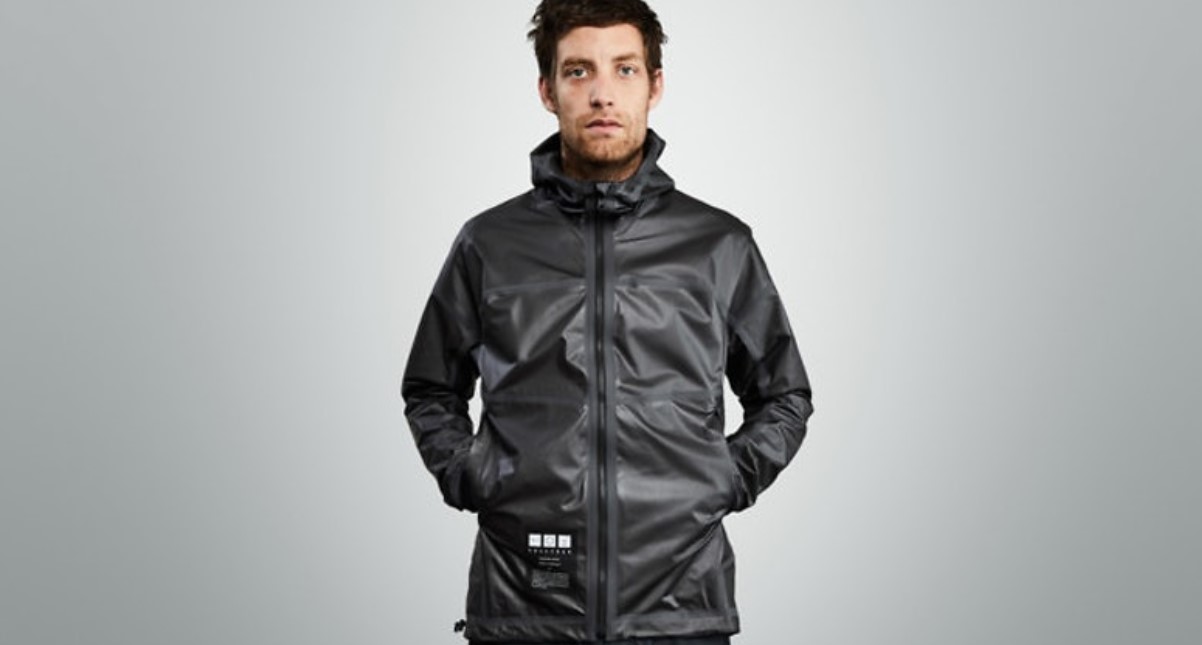 Vollebak Ltd, makers of advanced sports gear, have previously indestructible 100 Year Hoodies made entirely out of Kevlar, Solar Charged Jackets that can be charged by the sun and made to glow, and a clothing system built with the same ceramic technology used in jet engines and space shuttles. They have now created a graphene jacket.

While it’s completely invisible and only a single atom thick, graphene is the lightest, strongest, most conductive material ever discovered, and has the same potential to change life on Earth as stone, bronze and iron once did. But it remains difficult to work with, extremely expensive to produce at scale, and lives mostly in pioneering research labs. For more information see the IDTechEx report on Graphene, 2D Materials and Carbon Nanotubes.

So following in the footsteps of the scientists who discovered it through their own highly speculative experiments, Vollebak Ltd are releasing graphene-coated jackets as experimental prototypes. Their aim is to open up their research and development and accelerate discovery by getting graphene out of the lab and into the field to harness the collective power of early adopters as a test group. No-one yet knows the true limits of what graphene can do, so the first edition of the Graphene Jacket is fully reversible with one side coated in graphene and the other side not. The graphene side looks gun-metal grey. The non-graphene side is matt black and made from high-strength, high-stretch nylon. Depending on which way around you wear it and what you do in it, Vollebak says the jacket will interact with your body and the world around it in a series of different

The first step to creating this jacket involved turning raw graphite into graphene nanoplatelets. These small stacks of graphene are blended with polyurethane to create an incredibly thin membrane, which is then bonded to nylon to create an entirely new material. Adding graphene to the nylon fundamentally changes its mechanical and chemical properties – a nylon fabric that couldn’t naturally conduct heat or energy for instance, now can. And as graphene is only one atom thick, you can do this without adding a single gram of weight. Every panel of the Graphene Jacket is cut with lasers – the material is so expensive wasting it is not an option for Vollebak – and all the panels are then bonded together and the seams sealed for waterproofness.

One of Vollebak’s first prototypes of the Graphene Jacket was so highly conductive a power source could be attached at one end, a light bulb at the other and it would light up. Having debated how useful or dangerous that would be, the team decided to increase the material’s resistance to electrical currents, by spreading out the graphene nanoplatelets. This first edition of the Graphene Jacket still conducts electricity, but at a far lower and safe level. Graphene conducts heat better than any material, so when wearing the jacket with the graphene side next to the body in cold weather it helps equalise skin temperature. It’s the first wave of conductive fabrics that will carry heat or electricity around the body but without any power source. Lab tests have shown that the closer to the body the material is, the more effective it will be at regulating skin temperature and increasing it by an average of 2°C. The jacket can be heated up by leaving it out in the sun or over a radiator with the graphene side exposed to the heat source. If you then turn it inside out and wear the graphene next to your skin it acts like a radiator, retaining its heat and spreading it around your body. The effect can be visibly demonstrated by placing your hand on the fabric, taking it away and then shooting the jacket with a thermal imaging camera. The heat of the hand print stays long after the hand has left.

While wearing the graphene next to your body will keep you warmer by increasing your skin temperature, it will also create less humidity next to your body than a normal membrane. In lab tests the humidity was consistently lower during every phase of exercise and recovery, so you should feel less hot and sweaty. It’s believed that the graphene is somehow able to disperse the extra humidity from the heat.

Graphene’s tight atomic bonds make it impermeable to nearly all gases and liquids. But water molecules are the one exception. Which means Vollebak has been able to make the jacket both breathable and waterproof. As you sweat it’s able to evaporate out through graphene. And at the same time the polyurethane membrane makes it waterproof to 10,000mm. For the best combination of waterproofness and breathability, wearing it with the graphene on the inside produces the best test results. As well as being bacteriostatic, the graphene membrane is also known to be hypoallergenic and anti-static, and is certified as non-toxic.

While the graphene membrane has a slightly rubberised feel, the black side of the jacket is soft and smooth. It’s made from a lightweight Italian-made matt black nylon that’s strong, windproof, lightweight and mixed with 15% elastane so that every part of the jacket stretches. With welded eyelets under the arms, laser cut and bonded cuffs, elastic drawcords on the hood and waist and articulated sleeves designed for training, the fit is more like a lightweight running jacket than a ski shell. Vollebak hope that those who buy the jacket will give the company some feedback.