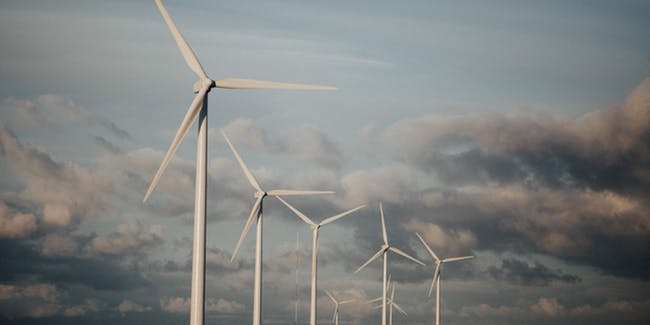 A research analyst at Swiss investment bank UBS believes the cost of energy renewables could be so near to zero by 2030 “it will effectively be free,” according to a projections published on Monday. If renewables could soon be cheaper than all the alternative energy sources, and that this “is great news for the planet, and probably also for the economy.”

The analysis, published in the Financial Times, explains that solar and wind farms are getting bigger, and that the potential of this sort of cheap, green energy is far-reaching and will only get cheaper. “In 2010, using solar power to boil your kettle would have cost you about £0.03,” the analyst writes in FT. “By 2020, according to estimates by our research team at UBS, the cost will have fallen to half a penny.” And just ten years later, the costs will be so minuscule, it will practically be free.

As renewables get cheaper, corporate action in the energy sector may increase, which is good for everyone. When it comes to renewables, the analyst argues: “Currently we count a dozen major European utilities (about half the names in the sector index) which have recently announced — or have been featured in the press — acquisitions, divestments or takeovers that could substantially reshape their business.”

In mid-July, two of the biggest economies in Europe, the United Kingdom and Germany, set new records for clean energy, Quartz reports. It makes sense that companies would want to get ahead of the changes. As one example, last week, the Danish wind energy company Orsted entered into an agreement to acquire Lincoln Clean Energy (LCE), a US firm that develops, owns, and operates wind farms, CNBC reports.

“The fundamental economics of the industry are indeed changing,” the Financial Times article explains. In the past, wind and solar have relied on subsidies. But recently, some wind and solar projects have appeared that don’t need a subsidy or tax break to be viable. That’s changed the energy game.

Now, renewable energy has a better chance of relying on innovation rather than subsidies, and companies are competing to secure the best sites for renewable projects. This race for the best, most cost-efficient energy projects is good for the industry, the economy, and the planet.