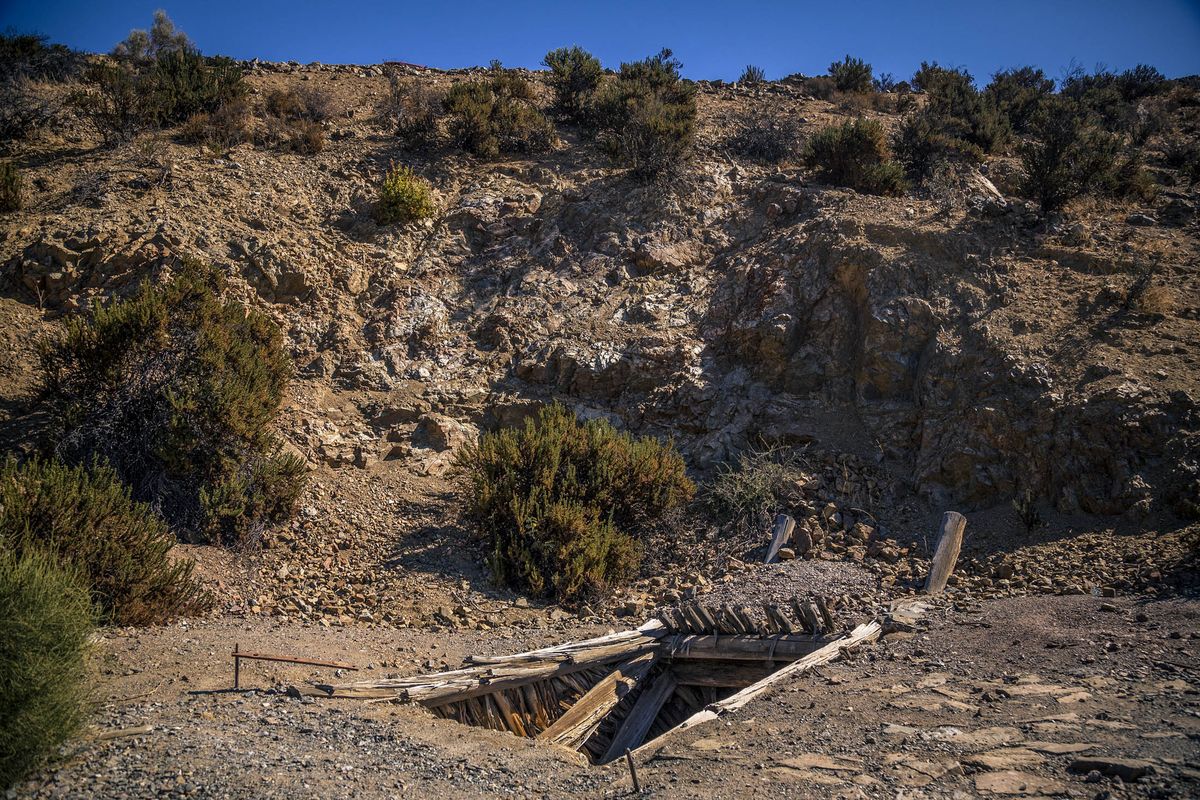 The giant rocky outcrop known by locals as La Cobaltera offers a glimpse into northern Chile’s mining past, and a hint of its future.

Slag from an ancient furnace is piled at the entrance of a mine shaft that hasn’t seen commercial activity since World War II. Inside, eucalyptus posts still support narrow tunnels, placed there by German engineers as a kind of alarm system: when they creaked it was a sign the tunnel might collapse.

Now the global hunt for cobalt, a key commodity in the electric-vehicle revolution, is rousing the sleepy community on the edge of Chile’s northern desert. Trucks are bouncing down the meandering dirt road from Freirina, carrying modern mining equipment to La Cobaltera. On a recent morning, workers operated a drilling machine that rattled the ground as they dug as deep as 90 meters (295 feet) for mineral samples. When a drill core was pulled out, the workers cheered the appearance of a column of compact rock peppered with bright green for copper, and black for cobalt.

Chile, known for its vast copper deposits, is joining the search for cobalt amid soaring demand for a metal that’s mostly mined in the politically risky Democratic Republic of Congo. Cobalt had been a niche commodity used in jet engines and gas turbines; now it’s entering the mainstream because of properties that keep rechargeable batteries from overheating.

“A year ago, I hadn’t even heard about cobalt in Chile,” says Ignacio Moreno, a general manager at Chilean Cobalt Corp., which is hoping to develop the site into a working mine. “Now it’s been five months of drilling in places where there used to be cobalt mines and the findings look very promising.”

Renewed interest in La Cobaltera began to emerge last year after Chilean authorities discovered records long buried in the archives of the national geological agency. They showed more than 7 million tons of cobalt ore was mined in the country between 1844 and 1941. The mineral was extracted mainly by German immigrants, who sent it to Europe presumably to manufacture military equipment.

News of the presence of cobalt around Freirina generated a flurry of foreign companies and Chilean intermediaries looking to buy mining rights from locals in the general vicinity, said Mario Robles, a member of the local mining association. At first unaware of the value of cobalt in a region known for copper and gold mining, some residents sold rights to what they thought was barren land for less than half of what it was worth, he said.

While cobalt prices have backtracked in 2018 as carmakers such as Tesla Inc. try to reduce the amount of the metal they use, they are still more than double the levels of just two years ago. Demand is set to remain strong for the next five to 10 years, said George Heppel, senior cobalt analyst at CRU Group.

Founded in Santiago in January, Chilean Cobalt is the first company to explore for the mineral in the country in more than 70 years. A subsidiary of Genlith Inc., a Philadelphia-based investment management firm focusing on clean energy and strategic materials, the company signed an agreement with the Callejas Molina family, the biggest land owners in the area. The explorer has the mandate to produce cobalt as soon as possible.

“We are focusing on the historic area, where we know cobalt was mined in the past, and we’ll build up our resources from there,” Moreno said. “So far the hypothesis of the geologists is being confirmed: we have found veins of mineral that are long and run deep.”

Samples show grades of 4 percent to 12 percent, he said. By comparison, grades from the DRC tend to be 2 percent to 3 percent, and sometimes more than 10 percent for artisan miners, according to CRU’s Heppel. Junior miners exploring elsewhere are looking to operate with grades of about 0.5 percent.

Early results suggest La Cobaltera could become a small to midsized operation, churning out small amounts of high-quality ore, Moreno said. Setting it up probably would require an investment of $80 million to $100 million.

Guido Narria, 73, was born in Freirina and grew up at a nearby mining camp. His father had been an aid to a truck driver and Narria recalls the stories of the German engineers who managed the operation. When World War II drew to a close, the Germans disappeared, leaving behind the dusty mineral flotation plant where Narria and his friends used to play as kids, as well as houses full of rare imported German goods that locals took to their own homes.

While Narria remembers stories from grandparents about how difficult mining was decades ago, when people worked “almost with their bare hands,” he remains optimistic for the future. “Knowing that they are looking for cobalt again is such great news,” he says. “I would love to see my grandchildren working in a modern operation.”