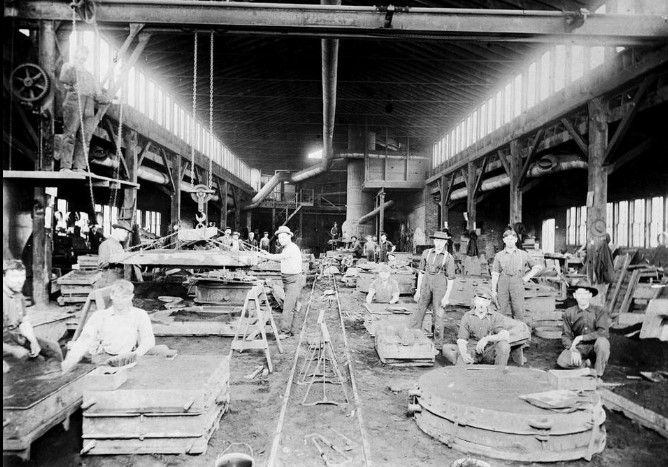 For 120 years, Detroit Stoker Co. has been the industry standard in creating combustion equipment for fueling sources.

The company, located at 1510 E. First St., is celebrating its 120th year in operation this year.

President Thomas Giaier said the company’s ability to adapt to renewable energy sources is among the reasons it has succeeded for more than a century.

“There is a greater need for renewable resources outside the U.S.,” Giaier told The Monroe News. “Many countries do not have natural gas, which is why our business has grown internationally.”

Detroit Stoker has helped fuel energy production in six of the seven continents using everything from wood and agricultural waste in the Czech Republic to municipal waste in China to palm waste in Indonesia, Malaysia and Thailand to sunflower hulls in Argentina to coffee refuse in the United States. Even sugar cane waste in the Caribbean Islands is in the company’s portfolio.

Every day, more than 135,000 tons of biomass and refuse are burned on Detroit Stokers.

“Renewable fuels are cost-effective and environmentally friendly,” Giaier said. “Many of the plants our equipment are in are carbon neutral.”

Carbon-neutral plants have no carbon footprint because there is no net effect on the biosphere’s carbon concentration. Biomass, for example, when combusted, releases carbon dioxide, which in turn, is readily absorbed by plant, which are the source of biomass.

The company’s history dates back to the turn of the century. In the 1870s, the first stoker was invented by Thomas Murphy. The stoker is a device that feeds fuel to a furnace or boiler to burn it efficiently.

One of his employees, George L. Morrow, improved the design and the first patent for what became Detroit Stoker was issued April 19, 1898.

The company operated in Detroit for many years before purchasing what was the Van Bierck Engine Co. property office and plant and moved its manufacturing to Monroe in 1922.

In its early days, Detroit Stoker formed a relationship with the automotive industry. It also used to install stokers in the freighters that sail the Great Lakes. In fact, the company has a tie to one of the most famous freighters.

“The Edmund Fitzgerald has a Detroit Stoker on it,” Giaier said.

Stokers have been used in utility plants. Nowadays, stokers are not limited those plants. Giaier said his company has been focusing on renewable energy sources for a long time.

“Our renewable business really started in the 1940s,” he said. “Our first biomass unit was for pulp in Charleston, S.C.”

As the times change, so had Detroit Stoker, Giaier said. In the 1960s, the company closed its Monroe foundry and in 2005 it outsourced its machining. Today, the Monroe location houses engineers, sales officials and other office personnel. The warehouse still has a large selection of replacement parts and other pieces of equipment needed for the machines.

“We are currently working on new fuel sources in Africa,” he said. “We’ve also seen a lot of growth in Europe and South America.”

The company is always thinking of new ways to grow, Giaier said.

“We are consistently developing new ideas and adding to our R&D (research and development) and be creative,” he said.