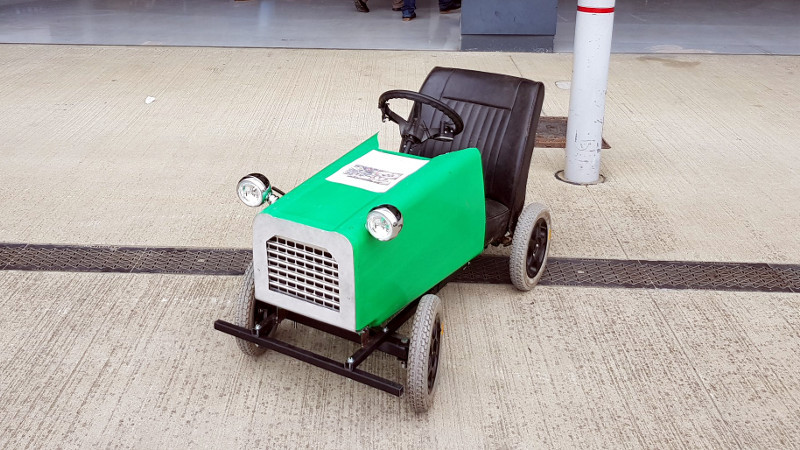 We’re producing an occasional series following some of the miniature electric vehicle builds currently underway at a feverish pace to be ready for the upcoming Electromagnetic Field hacker camp in the UK. Today we’re going down to Somerset, where [Rory] has produced a very serviceable machine he calls the Dustbin 7.

The Hacky Racers series stipulates a £500 budget along with a few rules covering vehicle safety and dimensions, so he had to pick his components carefully to allow enough cash for the pile of LiPo batteries he’d have to buy new in the absence of a convenient surplus source. The motor he picked was a 2kW brushless scooter motor, and that he mated to a 48V e-bike controller

Running gear came from a surplus school project race car but looks suspiciously similar to the wheels you’d see on a typical electric wheelchair. His chassis is welded box section steel, and the bodywork has a classic car feel to it as he comes from a family of Triumph owners. The name “Dustbin 7” comes from the affectionate nickname for the popular pre-war British Austin 7 people’s car.

In use, as you can see below it appears to have a fair turn of speed without displaying too alarming a handling characteristic. If this is the standard of vehicles in the competition then we can imagine that racing will be an exciting spectacle!