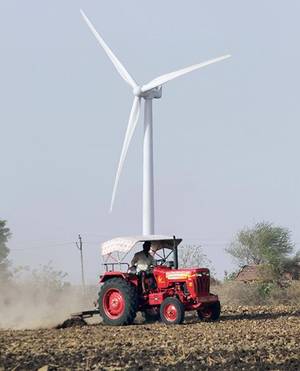 This was a key resolution passed at the annual meeting of the Indian Wind Power Association held here.

K. Kasthurirangaian, chairman of the association, said that in Tamil Nadu, which has 8,700 MW of the 34,000 MW installed wind energy capacity in the country, 6,234 million units of wind energy was generated between April 1 and August 5 this year. This was 7,547 million units during the corresponding period last year.

The winds started late in the State this year and evacuation can be improved, he said. Several other States have 4,000 to 5,000 MW each. Evacuation of wind energy is better in States such as Gujarat and Karnataka.

“When the load drops, the State Electricity Boards should not back down wind energy generation. Instead, they should look at options such as spot selling of the excess power or swapping it with power deficit States,” Mr. Kasthurirangaian said.

Similarly, some States have settled all the dues for the power purchased from wind energy generators. In States such as Tamil Nadu and Maharashtra, the dues are pending, he said.