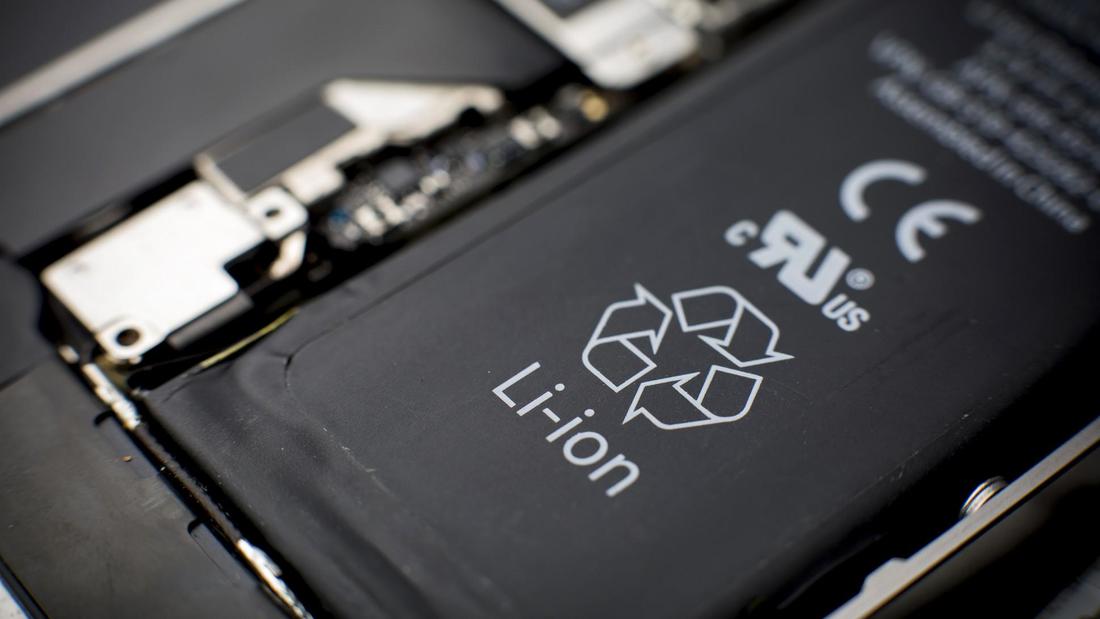 The electrification of vehicles and the need to store electricity generated by renewable energy sources – mainly solar and wind – point to huge demand for lithium-ion batteries.

The automotive industry’s use of lithium-ion batteries is on track to grow ninefold to 650 GWh by 2025 from around 70 GWh in 2017; the increase in energy storage, although from a lower base, will add to this.

The use of lithium-ion batteries in energy storage systems (ESS) is starting to grow at a rapid pace now that battery costs are falling to levels where ESS are more viable.

Government subsidies and incentives in many countries – most aggressively in China – are encouraging sales of electric vehicles (EVs and e-buses).

For now, the cost of an EV is more expensive than a vehicle powered by a comparable petrol or diesel internal combustion engine (ICE). This is mainly due to the cost of the EV’s battery pack. But economies of scale are at work in bringing down battery costs; and as EV and ICE vehicle prices converge, the cheaper running cost of EVs is expected to make them the vehicle of choice.

The $100 kWh price tag for a battery pack is thought to be the tipping point where EV and ICE costs are similar to each other. But even before the costs of an EV and an ICE have converged, we expect many consumers will start to see EVs as a must-have status symbol well before prices converge, which will accelerate the speed of EV adoption. This raises questions about whether raw material supply will be able to respond in time.

Tesla has had a massive impact on transforming the image of EVs from heavy, sluggish and low-range vehicles to speedy, state-of-the-art dream cars. It provided a vision of the future that caught other manufacturers off-guard. The combination of Tesla driving the image bandwagon and Tesla and China driving the technology has forced many other auto manufacturers to embrace the new technology in double quick time so as not to be left behind.

The emissions scandal that engulfed Volkswagen in Europe and announcements of future bans on ICE cars from cities such as London and Paris and the whole of India have also demanded a response. The result is that auto manufacturers are now rolling out hundreds of new EV models that will offer consumers a wide choice; we expect this will also fuel the uptake of EV adoptions.

The massive investment going into EVs and ESS is likely to sow the seeds of a new super-cycle, one that is not based on China this time, but the transformation to electrification that will require investment in recharging infrastructure and must dovetail with renewable energy generation, ESS, autonomous driving and the Internet of things.

Market research is already detecting growing interest from existing car owners who are now considering an EV when they next look to purchase a new car.

But it is not all straight forward – there are issues and hurdles that could delay the uptake of EVs. For example, would-be buyers would be unlikely to purchase an EV if they have nowhere to recharge at home or if they are concerned that an inadequate driving range would restrict their use of the vehicle. So as well as the price differential, there are many cross-currents affecting the emergence of this new electrification era.

Still, many of the issues that were thought to be barriers are being overcome, and often at a fast pace. For example, as EV ranges increase, the need to recharge becomes less frequent – an EV with a 400-mile range might only need to be recharged three or four times a month, meaning home recharging may not be as necessary.

While it may take some consumers time to get comfortable with the idea of an EV, there are many municipal and business applications where electric fleets of taxis or buses make sense; this will soon be followed by fleets of e-trucks. According the Bloomberg New Energy Finance (BNEF), the number of e-buses on the roads globally, mainly in China, exceeds 300,000; many western cities are now investing heavily in e-buses.

The EV era has started – is the supply chain ready?

In most cases, the supply chain is coping with the rollout of EVs but it must be remembered that the technology is at the start of the ‘S’-curve. The entire supply chain must work extremely hard – and in a coordinated way – to feed this new supercharged era.

The supply response from raw material producers to processors, cathode and battery manufacturers and OEMs will be massive, with output needing to increase many times over in a short period to keep up with even the more conservative demand outlooks.

Given that it normally takes about 7-10 years to bring onstream a new greenfield mine, the need for current production to double, triple or quadruple over that kind of timetable is a tall ask. Luckily, supply responses are already under way and there is excess capacity in the system, albeit not all able to provide the right grade of material, so there is some leeway, but little room for complacency.

Given the enormous task ahead, we expect partnerships will have to form to match the right type of supply to the particular demand. Good communication between downstream manufacturers and upstream producers will be essential to facilitate the battery evolution. In addition, we forecast that battery raw material prices will have to stay elevated to incentivize the massive investment needed to bring new supply online in a timely manner.

Lithium and cobalt are currently seeing a supply response to the demand shock that came out of China late in 2015 and that was triggered when China’s 13th Five-Year Plan targeted 5 million EVs on the road in 2020 (later revised to 2 million EVs). This sent battery and EV manufacturers scrambling to build additional capacity.

When spot demand for lithium and cobalt raced higher in China, prices climbed, which in turn attracted more investment in production. Lithium spot prices, basis ex-works China, as assessed by Metal Bulletin, climbed to a high equivalent in dollar terms to $26.18 per kg in December 2017 from around $8 per kg in June 2015, and the benchmark cobalt price rallied to a high of $43.70 per lb ($96,300 per tonne) from $13.50 per lb in June 2015.

Given the more than doubling in prices, it is not surprising that supply responses are in progress. What is surprising, though, is how fast some of the producers have been able to respond.

This year, a handful of new lithium producers has either ramped up or is close to starting production (see map). The traditional suppliers, mainly the South American brine producers and existing hard rock suppliers in Australia, are increasing output at a steady pace too.

In cobalt, the main supply response is coming from two operations. The first is the restart of the revamped Glencore Kamoto operation, which was closed in 2015 when copper/cobalt prices were at rock bottom; the second is the start-up of ERG’s Roan Tailings Treatment (RTR) project, which will extract copper and cobalt from tailings dating to the 1950s. Kamoto’s capacity will be 30,000 tonnes per year of cobalt, and RTR will have capacity of 20,000 tpy.

While there are a handful of other projects in the pipeline, most are relatively small. But the supply response from Kamoto and RTR will be sizeable considering mine production in 2017 was around 120,000 tonnes. Still, we expect the ramp-ups to be gradual.

While there may well be ramp-up issues – a feature of any new production (but one to which the lithium industry is especially prone) – and new supply will need to be proved and qualified, the result is that there will be a concentration of new lithium and cobalt units coming to the market this year and in 2019.

More lithium processors are starting up in China and the country’s existing processors have been investing in know-how, enabling more of them to produce the battery grade material that is in demand. We now expect this supply response to lead to a supply surplus in lithium and cobalt this year and in 2019.

Given this supply response, we expect lithium and cobalt prices to decline, as indeed has been the case in recent months, with lithium carbonate prices, ex-works China, dropping 34% in yuan terms to 115,500 yuan per tonne after peaking late in November last year at 175,000 yuan per tonne.

Cobalt prices have also started to fall, with Metal Bulletin’s benchmark cobalt price recently quoted at $37 per lb, down 15.3% from April’s peak of $43.70 per lb.

Metal Bulletin Research’s forecast is for prices to continue to trend lower in the months and quarters ahead while production increases weigh on sentiment and availability increases. For basis quarterly average prices, we forecast the spot price of lithium carbonate, ex-works China, to fall to a low of 70,000 yuan per tonne in the fourth quarter of 2019, with cif China, Japan and South Korea falling to $13 per kg. For Metal Bulletin’s benchmark cobalt price, we forecast an average quarterly low of $33.50 per lb in the fourth quarter of next year.

Market participants in China trading the lithium and cobalt spot markets are getting increasingly bearish in the short term – they think demand will not keep up with the supply increases.

While Metal Bulletin Research expects a surplus to dent sentiment, we also think that an increase in business in China between processors and battery manufacturers being conducted in the spot market, rather than on contract, may make the supply of the battery intermediate materials more price elastic, especially because credit in the country has tightened in 2018.

In turn, this suggests that weaker prices will see high-cost production halted, which will have a cushioning impact on price weakness. Although downstream Chinese processors are likely to try first to negotiate lower prices from their suppliers before they cut production, the weaker prices may well flow upstream to battery raw material producers.

The irony is that the current supply response may dent prices at a time when producers need to be incentivized to plan new production that will be ready in seven or 10 years’ time in 2025-2028, when EVs are likely to be cheaper than their ICE equivalents and demand for lithium-ion batteries will be booming.

One other area that we have not touched on is the need for greater price transparency. While the lithium and cobalt markets shift from being relatively small markets in tonnage terms to larger markets that are at the core of the massive auto industry, a more independent and transparent pricing system will be required – one that will give users the flexibility to do independent pricing and enable exchange-based hedging.

Once financial institutions are able to hedge, they are more likely to be willing to offer finance at an earlier stage of mine development – something that the whole industry might need if supply is going to keep up with demand in the decades ahead.