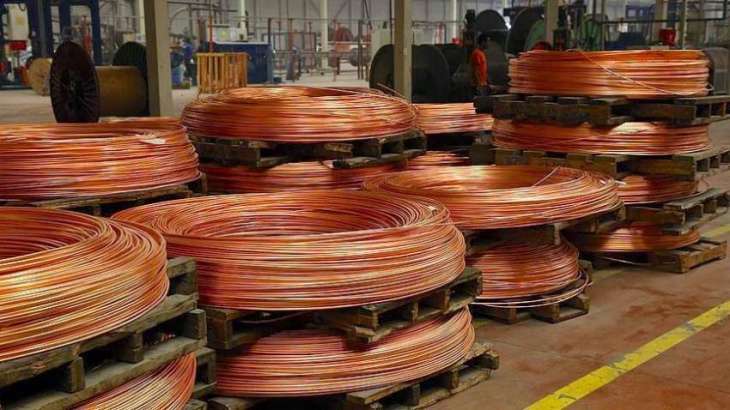 Barrick Gold Corp. Executive Chairman John Thornton says the Canadian miner is looking at its copper assets “very seriously” to see if it makes sense to form a copper company with one or two partners, most likely from China.

“The question for us on copper is, ‘Can you take the copper assets, combine them with another party, or even two parties and build a first-tier global copper company over time?’ ” Thornton told employees on Wednesday. “Now in answering that question, the likelihood that your partner in that endeavor will be Chinese is very high.”

Thornton made the comments at an internal company meeting, parts of which were posted on the company’s website on Thursday. In a wide-ranging discussion, Thornton outlined his long-term strategy for Barrick to employees who, under a sweeping share-ownership plan, are also investors.

The plan includes increasing its portfolio of so-called tier 1 assets over time, and gradually shedding anything that’s not tier 1 or deemed to be “strategic.” The former Goldman Sachs Group Inc. executive defined tier 1 assets as mines that can produce at least 500,000 ounces of gold a year, have a mine life of more than 10 years, and are in the best half of the cost curve.

Roughly half of the world’s tier-one assets are in “challenging” jurisdictions, meaning the Toronto-based company must be able to operate successfully anywhere. “It’s not an option simply to say ‘we’re only going to be in Nevada,’” although that might make sense at a “particular point in time.”

Assets that currently don’t meet tier 1 criteria are: Lagunas Norte in Peru, Canada’s Hemlo, a 47.5 percent share of the Porgera mine in Papua New Guinea, a 50 percent stake in Kalgoorlie in Australia, and Golden Sunlight in Montana, Barrick spokesman Andy Lloyd said by phone after Thornton’s comments were released.

The difficult question, Thornton said, is determining when to sell. In the case of Hemlo, for example, the asset is interesting right now because it’s Canadian and the company has tax losses in the country that it can use. But for it, and other non-tier 1 assets, “the likelihood of us continuing to own those over time is zero. We may own them for a period of time, for a variety of different reasons.”

Barrick’s stock surged in late 2015 and early 2016 as the company sold non-core assets and slashed debt, but has since lost more than half its value. It’s the worst performer on the Bloomberg Global Senior Gold Valuation Peers index in the past month with a 19 percent slump, and the second worst in the past year. Much of the concern in markets is around the miner’s stagnant production pipeline.

Thornton has made no apologies for a focus on generating strong free-cash flow over growth for growth’s sake. Instead, the company has sought to reassure markets with guidance showing output will be stable above 4 million ounces until at least 2027, and has highlighted prospects for internal production.

Since copper exists alongside gold, it helps mitigate the problem facing all gold miners, which is that there are few rich gold mines and they tend to be short-lived, he said. Barrick owns half of the Zaldivar copper mine in Chile and Jabal Sayid copper asset in Saudi Arabia, as well as Lumwana in Zambia.

The company will be as disciplined in making acquisitions as it was divesting assets, Thornton said, and that means it will not be buying Detour Gold Corp. Barrick was recently said to be the undisclosed gold miner cited by Paulson & Co. as interested in potentially buying Detour. It doesn’t meet the three criteria to be a tier 1 mine, Thornton said, “so guess what the answer is as to whether we are going to buy it. The answer is no.”

Within its current portfolio, only Goldstrike, Cortez and Pueblo Viejo would currently qualify as Tier 1, while majority-owned Turquoise Ridge would be considered an emerging tier 1 asset, Lloyd said. All of those mines are in Nevada except for Pueblo Viejo, which is in the Dominican Republic.

Argentina’s Veladero is a strategic asset that is close to being Tier 1, Thornton said. The mine is a joint-venture partnership with Shandong Gold Mining Co. in the El Indio belt. Thornton has previously said investment in various technologies, including cyanide-free leaching, may speed development of the region, which includes the Lama deposit in Argentina. Shandong is currently taking an independent look at Lama to see if Veladero can be extended into a larger mine, Thornton said.

For the time being, the company plans to reinvest rather than buy back expensive debt, he said. Until the portfolio is generating more cash, Thornton said his “fantasy” of increasing the dividend annually will remain on hold. In any acquisitions, discipline will be key, he said, referencing the company’s disastrous, debt-swelling 2011 purchase of Equinox Minerals Ltd. as a lesson learned.

“The acquisition of Equinox might have been if not the worst, one of the five worst acquisitions in history,” Thornton said.