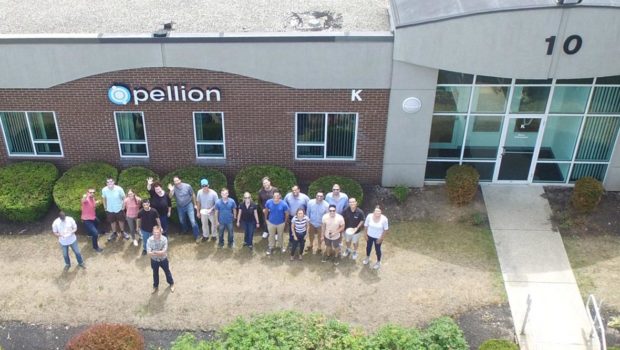 In an exclusive interview with Pellion Technologies — a battery startup located in Massachusetts — Quartz reports the company has developed a lithium metal battery that has double the power and half the weight of a conventional lithium ion battery. Yes, we know. Battery breakthrough news tends to be all the same — long on promises, short on actual results. The difference with the Pellion story is the company is actually selling its batteries to commercial customers.

Now, it’s true. The first customers are specialized users who value the new battery’s increased range potential to keep their commercial drones aloft longer and are willing to pay a substantial premium over traditional batteries to get it. The new batteries have a relatively short useful life. After 50 charge/discharge cycles, they are pretty much toast. But Pellion expects millions of dollars in revenue from sales of its new battery this year — money that can be put to good use learning how to increase the useful life of the batteries and bring down the cost of manufacturing them.

Pellion was founded in 2011 by Robert Doe, a postdoctoral student at MIT, and one of his professors, Gerd Ceder. Their goal was to develop a magnesium battery. Magnesium has two positive ions it can contribute to energy storage versus only one for lithium. Double the available ions means double the energy storage power.

The duo labored away in the lab trying to perfect their magnesium battery until 2013, when Dave Eaglesham joined the company as CEO. He had previously headed First Solar, one of the only solar power companies to survive the tumultuous early years in which many solar startups blossomed then faded into obscurity. Eaglesham had his doubts about the commercial viability of a magnesium battery but noticed right away that Doe and Ceder had achieved a breakthrough in anode technology as part of their research.

Most lithium ion batteries use anodes made from graphite. Lithium is highly reactive with most of the elements found in the Earth’s atmosphere — oxygen, hydrogen, and nitrogen. That reactivity can lead to the batteries catching fire once exposed to the air. Graphite serves to isolate the lithium from the environment but it has a problem. It takes six graphite atoms to store one atom of lithium. What if it were possible to make the anode out of lithium metal instead? And how to protect it from exposure to the atmosphere?

That’s exactly what Doe and Ceder figured out how to do. According to Quartz, “Pellion’s battery doesn’t start with lithium metal inside. Instead, the battery is manufactured in the exact same way as a conventional lithium-ion battery, including using a liquid electrolyte, a widely available cathode, and an anode that begins its life as a copper sheet. That’s crucial because it allows Pellion to use existing lithium-ion battery factories in Asia, where it’s much cheaper to manufacture batteries.

“In its discharged state, the Pellion battery has its lithium ions sitting snugly inside the cathode. The magic happens when the battery is charged for the first time and the lithium ions travel from the cathode and deposit as a layer of lithium metal on the copper anode. The first charge is carried out in a state when the battery is completely sealed from the outside environment, and thus the newly formed layer of lithium metal is protected. This configuration is called “zero-lithium” or “lithium-free.”

An independent battery expert, who asked Quartz not to identify him due to press restrictions at his lab, called what Pelllion has done the “holy grail” of the lithium metal battery. Paul Albertus, a program director at ARPA-E, published a study earlier this year in which the increased energy density of the the lithium metal battery compared to a traditional lithium ion battery is shown graphically.

“Battery startups struggle to find customers for their early products,” Venkat Srinivasan, a lead battery researcher at Argonne National Laboratory, tells Quartz. “So it’s an achievement that Pellion is already shipping product.” Quartz reached out to 10 other startups working on lithium-metal batteries for comment and got replies from six. Sion Power, PolyPlus, Solid Energy Systems, and Ion Storage Systems said they are in the validation phase of their advanced battery products and have begun sending engineering prototypes to potential customers and third-party testers. QuantumScape and Blue Current declined to comment. QuantumScape is the reclusive battery company that Volkswagen made a $100 million investment in this past June.

“Commercializing batteries is an extremely hard problem. Most startups end up in bullshit land,” Ceder says. “They are run by CEOs who are all about raising money and ratcheting up the stakes…before the crash. Pellion is different.” Dave Eaglesham is the difference, he believes, because Eaglesham has experience both as an engineer and as a businessman.

In an e-mail to CleanTechnica, Akshat Rathi, the author of the Quartz story, says “[The] 100% increase in energy density is step change compared to the annual 10% or so improvement the battery industry currently averages. If Pellion overcomes early limitations, its batteries could power a Tesla car for 800 km (500 miles) on a single charge, rather than today’s upper limits of 400 km.” So far, the only independent academic who has seen Pellion’s technology in action declined a request for comment. Eaglesham says the company’s customers have validated its technology, but he declined to put Quartz in touch with them, citing confidentiality agreements.

How long before such batteries find their way into production vehicles? Would 5 years be too much to hope for? Basic research doesn’t care much about deadlines. The breakthroughs come when they come, although throwing money at a problem always helps move things along.

Dave Eaglesham says Pellion has received “tens of millions of dollars” from investors looking to get in on the ground floor of the next storage battery breakthrough. QuantumScape has $100 million from VW. Sion Power, PolyPlus, Solid Energy Systems, and Ion Storage Systems all have financial backers. Someday, we are going to wake up to find the lithium metal battery is a reality and the electric car and energy storage revolutions will take another giant step forward.