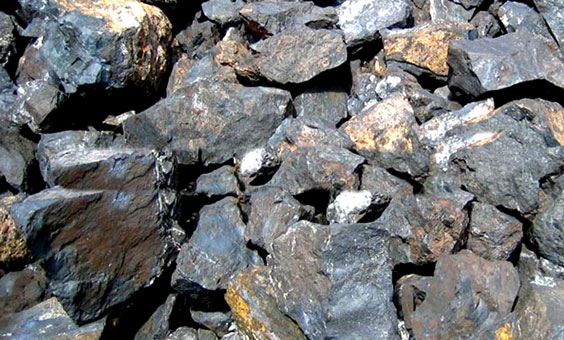 Suppliers of seaborne manganese ore and chrome ore are increasingly having to compete with spot prices in Chinese ports, due to buyers’ reluctance to import amid high stocks, negative currency moves and downside price risk, according to market participants.

While Metal Bulletin’s UG2 chrome ore index, cif China stands at $167 per tonne, despite rising to $211 per tonne in late June.

Suppliers of overseas cargoes have warned that amid poor demand, which is largely due to the high stocks at Chinese ports, they may even have to offer discounts to spot if they want to sell into China.

“If you want to move cargoes you need to be lower than port prices. You need to give a discount otherwise you’re not going to move that cargo,” a manganese supplier told Metal Bulletin.

Chrome market participants agreed that there is no incentive for buyers to import when stocks are so high.

“For Chinese buyers, acceptable prices for overseas UG2 chrome ore are at least equal to Chinese ports’ prices, otherwise, they are not attractive at all,” a chrome trader told Metal Bulletin.

Chinese buyers often accept the higher cost of importing foreign cargoes due to benefits such as favorable payment terms and maintaining relationships with major suppliers, or if port supply is tight.

“It is understandable that most UG2 importers are sitting on long-term contracts based on prices for forward cargoes at a premium compared with domestic ports’ raw materials because of favorable payments for future goods and cooperative relationship maintenance,” one buyer told Metal Bulletin.

But on top of the high stocks, the depreciation of the Chinese yuan against the US dollar is making it more expensive for local importers to buy dollar-denominated cargoes.

According to exchange website Oanda.com, $1 was worth 6.83 yuan on August 8, compared with 6.36 yuan three months earlier.

At the same time, recent price declines in the manganese ore and chrome ore markets have left buyers afraid of incurring losses on forward cargoes due to the high chance of the material devaluing on the water.

“Continuous inventory builds in Chinese ports are weighing on the import appetite for UG2. Particularly, the rapid depreciation of the yuan over the past three months has added risks to importing forward cargoes,” a third source told Metal Bulletin.

Still, while a number of suppliers said they felt pressure to beat spot prices, others said it was unlikely that buyers would secure discounts for seaborne cargoes.

“There is no chance you’d be able to pick up below port prices. I understand why the buyers would want that but it is wishful thinking. They’re going to be waiting a long time,” a chrome trader told Metal Bulletin.

A second trader said the situation would be unusual, because seaborne prices are usually only lower than port prices when stocks are low and port prices are hiked in response to high demand for prompt material on the ground.

But he conceded that a supplier who needed to sell could be caught on the wrong side of that trend even if stocks were high.

“About 80% of the time, you will find Chinese spot prices are lower than seaborne. But the spot price has been leading seaborne lower and I think it will continue to do so. It stands to reason that if spot prices are low you have to be at spot level or better if you want to sell your seaborne cargo. That’s not to say seaborne is cheaper than spot today, but if you want to sell seaborne you will have to compete with spot,” the trader told Metal Bulletin.